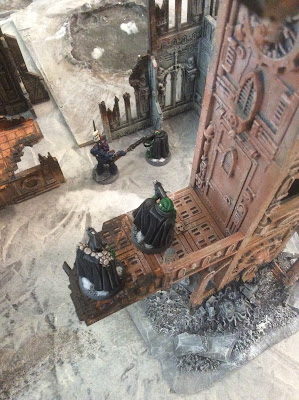 Today I'm taking a moment to look at something I personally really enjoy, but is often stomped underfoot by larger more flashy things - small games. Some of the best games I've ever played had less than 20 models a side, and I can't count the number of Friday night 500 point games I've played.

I've even dug out some old photo's of "Legion Wars" an escalation campaign that I started with my brother when we began our respective Salamanders and Night Lords forces. As we were both starting out we decided to make a rule that we could only field painted models from our new armies and gradually worked up the cost to about 500 points in the end by making week by week additions to the forces. At first we even took away unit coherency and let every model operate by themselves as long as they were outside of 2" of each other, letting them freely form and dissolve units at will in the smallest 5 a side skirmishes.

In the increasingly big game obsessed world where you can't swing a lasgun without hitting a phalanx of allied Imperial Knights, I thought it might be time to look at the pros of small games. I've given a list below, and man, does it make me want to play a small game!

10 Reasons to Enjoy a Small Game for a Change 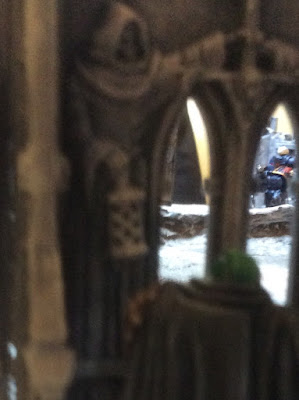 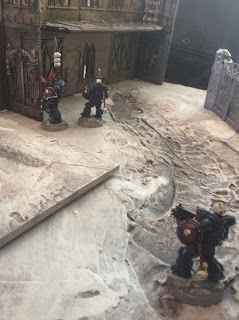 You'll also become a better player and learn a lot tactically when you don't have those ever-present "big guns" to back you up. When every shot counts and you've got no super heavies to do the hard work - try getting it done with an autocannon for a change, like a real man!