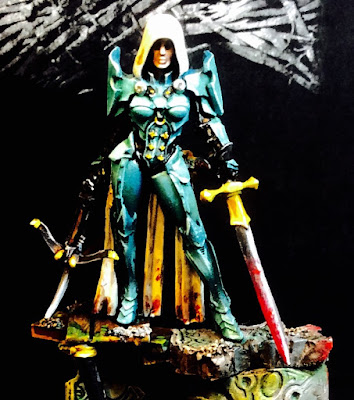 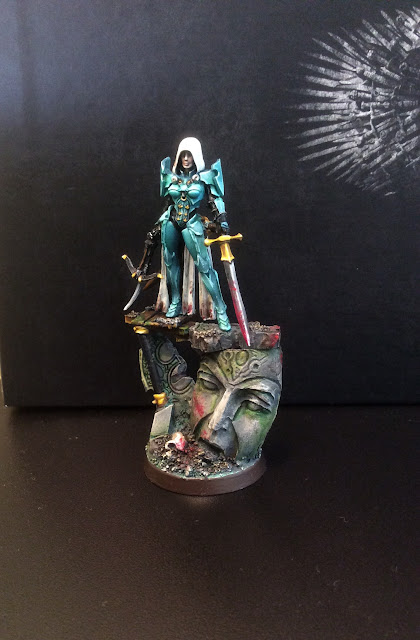 After last week's unboxing I promised further updates. As usual I've gone beyond the call of duty to bring you a completely finished miniature; resplendent with scenic base and all the trimmings.


One of the things I really enjoyed when painting this model was actually something quite rare for the world of miniatures - namely that there is no "official" colour scheme. In fact, there is no scheme at all as the models were rendered in grey 3d vision during the kickstarter and the actual design sketches were done in a monochromatic pen and ink style - leaving me open to let my imagination run wild. 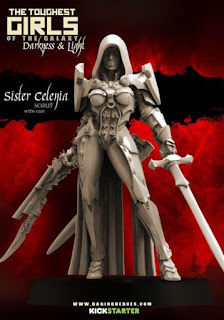 It is actually quite funny to look at this render and compare it with my finished miniature. I guess with Raging Heroes, what you see during the campaign really is what you get at the end!

I had the fanciful idea of doing a blue green armour - half inspired by the Alpha Legion colours, although I wanted to go a bit lighter and more angelic. The colour palette selection was also inspired by an old video game I've been replaying; Legacy of Kain - Soul Reaver. For anyone so pitifully unfortunate not to know it was a hit on the PS1 from 1999 that features the ability to shift from the physical to the spectral realm (spirit world) at will. It uses a really scenic palette of dusty greys and haunting greens that I wanted to take a little slice of. I did a lot of greenish weathering hues on the base to try to capture a bit of the feel of the game.


For the other colours I decided to stick with more traditional nunnery fare; with black and white featuring heavily in the scheme.

Anyway, after spending Saturday painting dutifully, I finished the miniature and I'm really happy with the results. Like I said earlier, there haven't been any painted before the release, so this just might be the first complete version of her in existence.

Here's hoping Raging Heroes like the colour scheme and it catches on! 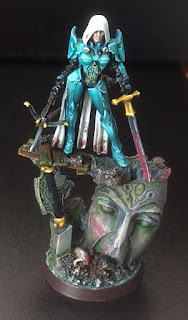 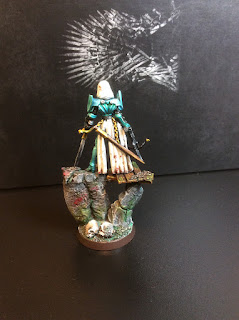 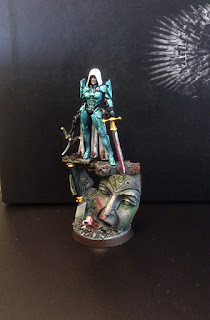 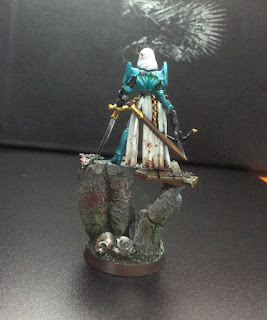 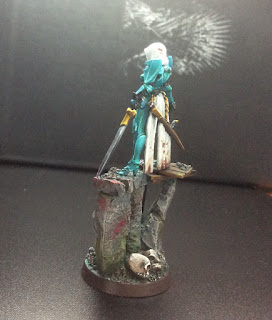 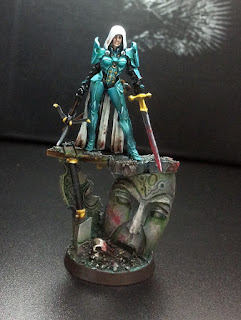 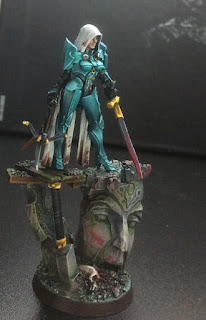 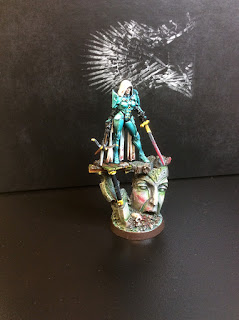 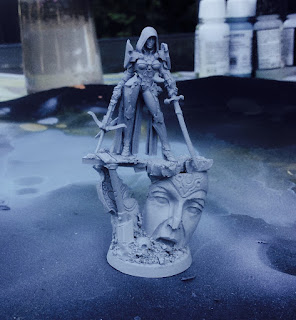 A picture of the model after being primed - you can really see the quality of the detail clearly. I should also mention the the scenic base is a resin piece by Scibor Miniatures, with a few additional bits and pieces added on.

Well, that about rounds it up. I'll be working on more Raging Heroes  miniatures soon, so stay tuned for the next update.