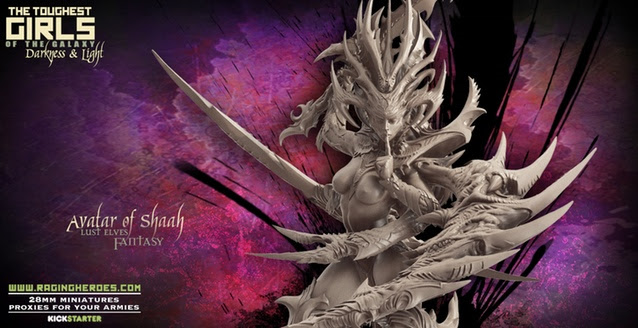 I thought I'd take some time to share a rather awesome model with you all. Feast your eyes on this soon to be released goodness from Raging Heroes. She stands at a whopping 8 inches tall and is part of their latest range of TGG2 miniatures. I'm not sure what the final retail price will be on her, but as a backer of their Kickstarter I'll definitely be picking one up as soon as I can. She looks like she would make a great painting project!

While I'm at it here are some more pictures of their latest work. You can really tell a lot of passion went in to these designs - I mean the poses alone are just explosively dynamic! 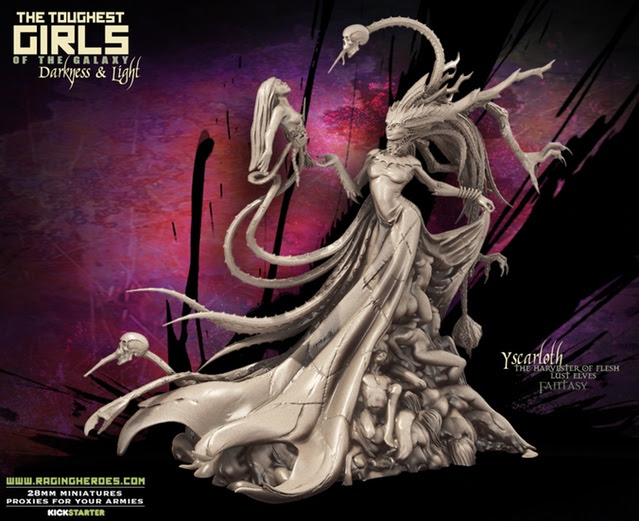 I hope you like Dark Eldar too, because there's some seriously cool stuff in the pipeline. If you like any of these models head over to the official website for more of the same.

Side Note - How I Became an Unintentional Internet Star


I'll be honest, running this blog often feels like shouting out into an unfathomable void where maybe literally several people will hear. Occasionally though I come across something that seems to make it feel worthwhile.


About a week ago I posted a short article about Raging Heroes, the French manufacturer who make various female wargaming minis. As part of the post I put up a picture of one of their models that I had painted a while ago. It was a fairly throwaway post that I did just to help spread the word about their good works. I noticed later that the article seemed to be getting an unusual amount of hits. Anyway, to cut a long story short it turns out that Raging Heroes themselves had read it and put a picture of my work up on their Facebook page. Thanks guys!