I wrote an article a little while ago extolling the virtues of taking dynamic photos of your miniatures. It was quite well received, and I've been doing a few more experiments with the technique lately.﻿ 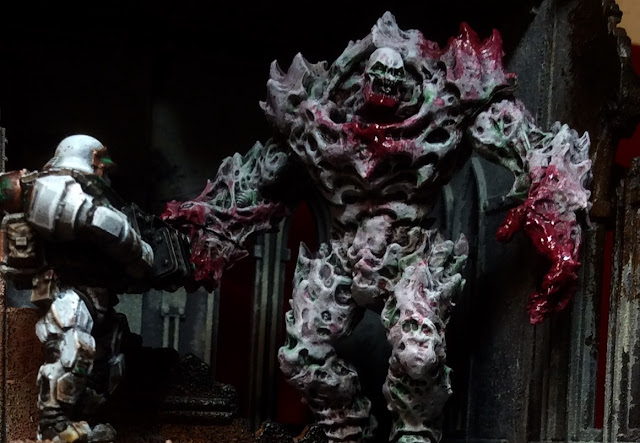 These pictures aren't produced with any special wizardry; quite the opposite actually. All I use is a few bits of scenery with a backdrop and a light. In this instance, I was using a red backdrop to try and get a cool "evil dawn" kind of looking thing going on (if that is a thing...). It does add a nice bit of ambiance though. The camera is just the one off of my ipad, so nothing special, and a decent phone camera would do you just as proud. 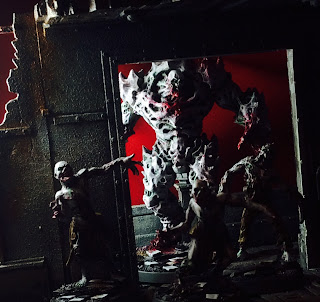 One of the tings that I've particularly enjoyed is that taking photos like these can be a great excuse to throw good practice out the window. In the picture above I was only lighting the models from one side, which doesn't give you a great view of their paintwork; but it does give a great feel. I've done a little digital editing afterwards as well, but only to crop the pictures and darken them to make them more moody and realistic. 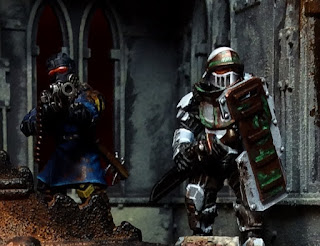 I've found that a slight upwards angle often helps the shots, as it takes the bases out of the picture a bit and really helps the miniatures look like they're part of the scenery. The picture above is tow of Anvil's Regiments range hanging out in some GW ruins, but you have to admit that they look a lot more exciting than the description sounds! 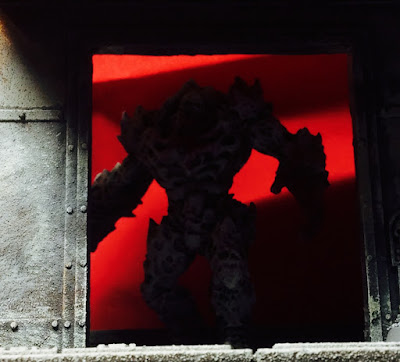 It can be fun to play around with your lights too. I got this interesting moody photo by moving the light so that the miniature I was taking a photo of was actually obscured. Sounds sill, but I think it looks like a still from Resident Evil or something. Those odd shapes in the red background are actually bits of what the background was leaning against (picture frames), but who cares. I'm not looking for perfection, so much as just interesting with these kind of photos anyway.

You might be wondering what use this could be. Well, for one thing, some exciting pictures never hurt the popularity of a blog! They also might help to keep people's attention who are reading (did you make it this far? because I know you wouldn't have without the pictures!). They could be great to include in a campaign though or just a write up of your army's background with some cool shots of units/characters thrown in. After all, we all like to think about the place our forces would have in the fictional worlds that they inhabit. 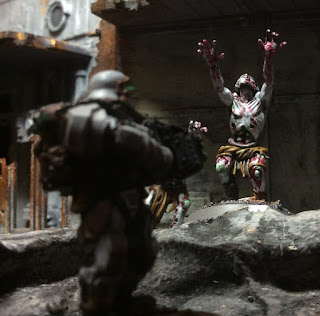 Anyway, that about sums the process up. I think the results are really cool though, and this zombie battle scene was fun to put together and photograph.

I'm in a bit of a hobby slump at the moment (well, actually distracted by other hobbies), so I hope you enjoyed this slightly random article. 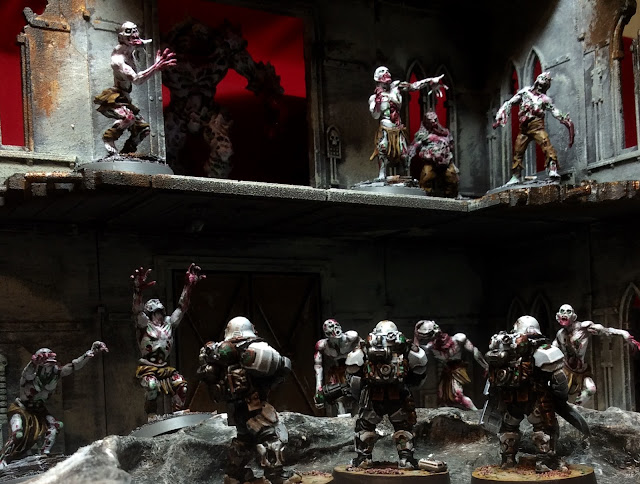 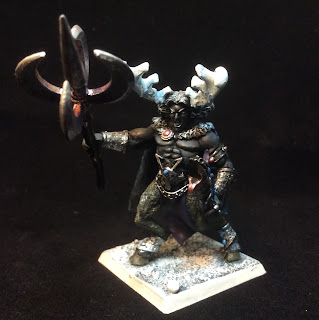 Not so much a gaming memory as a hobby one; Dark Orion is a classic bit of Oldhammer goodness.
I'll cut straight to the point; my old armies were hideous. Yes, unsurprisingly I wasn't born a good painter, and back in the day even my best works passed for terrible mutilations in the right light. It wasn't until later when I started putting more thought into the hobby than trying to win the game that I started to actually get some decent results!
The reason that I still think back on this model so fondly is that he was the first miniature that I actually painted a proper highlight on. You can see in the pictures that his black skin has a layer of grey added to highlight some of the muscles. At the time it was really revolutionary as before that I was all about basecoats, washes and dry-brushing. He was also one of the first models that I actually based properly as well, as it was still the days when a coat of plain old Goblin Green was in style.
I still like the colour choices though, especially when you look at the old "Orion King in the Woods" models. I did a few treemen at the time that pushed the boat out too. Ironically though, they never really saw any action again after they were painted as it was in a time between when I was playing Fantasy as a kid and when I picked up 40k as a student at uni. 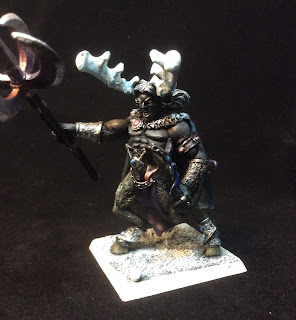 Looking back at this old model makes me want to slap him on a round base and head down to my local games store to challenge some kids to a game of AoS. They might even be impressed with my old style mad skills (or just horrified that he weighs so much - good old white metal!)
P.S. Does anyone else remember when White Metal came out and there were those "Now in White Metal" signs on all the boxes. I'll be honest, it was a better material than finecast by a long way! (notice how straight Orion's spear thing is!). If you remember that, you might even remember the original tutorial on how to pin a miniature from the Battle Book in the old Fantasy box set that used this very same model!