Well, I'm finally finished. The challenge was to paint a squad in February, and I pledged 10 40k Skaven troops (for use as Skitarii Vanguard) with a Dominus as the extra stretch goal. I've absolutely smashed my original target. This year, I'm delivering 10 Vanguard and the Dominus, plus the Doom-Crawler (Onager) and an additional 5 man Arquebus unit.

The pictures are a bit cramped as I've done so much that they don't really fit in my usual photo area! I'll be posting some more shots of the units individually soon, but for the moment, I need a rest! 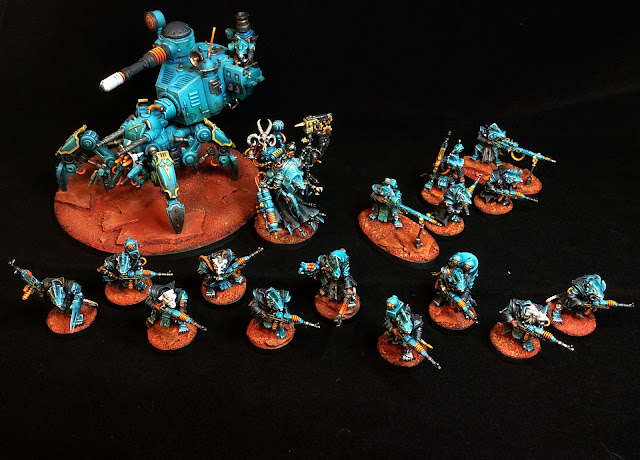 I'm really happy with how they've come out. The teal has been fun to paint, which is lucky as I've seen a lot of it now. I'm particularly happy with the converted Onager, which is looking great. I want to make another one now, but I'm trying to stay sensible, well almost. 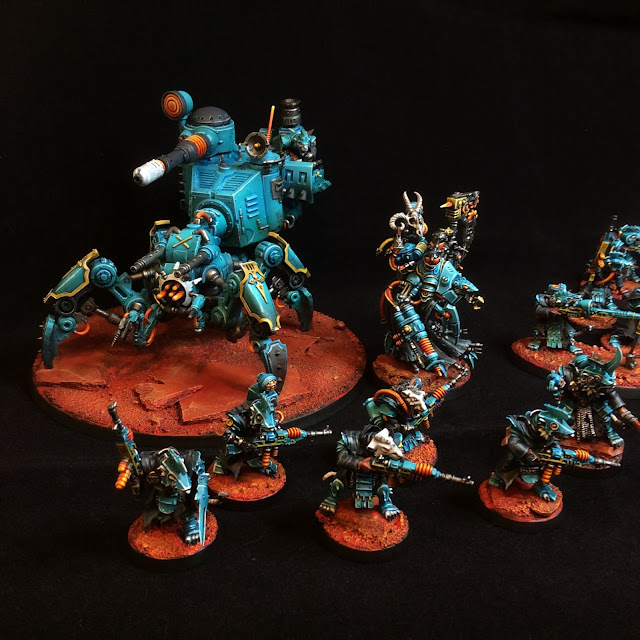 I've already got a load more units on my work desk, but I'll be taking it a bit slower with the next batch. The important part is that I have enough units finished to really count the army as a proper thing; not to mention a good base to build from. I can't believe it's only been a month since I started this force. 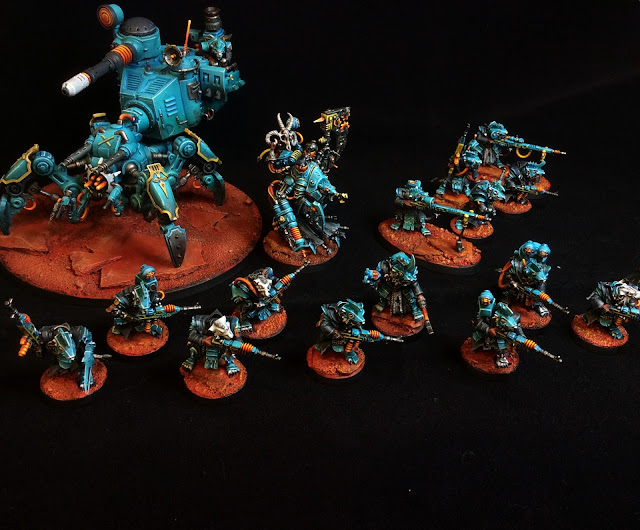 Once again, thanks to Rory over at Stepping Between Games for running this year's Squaduary. I wouldn't have even started these guys without the event!