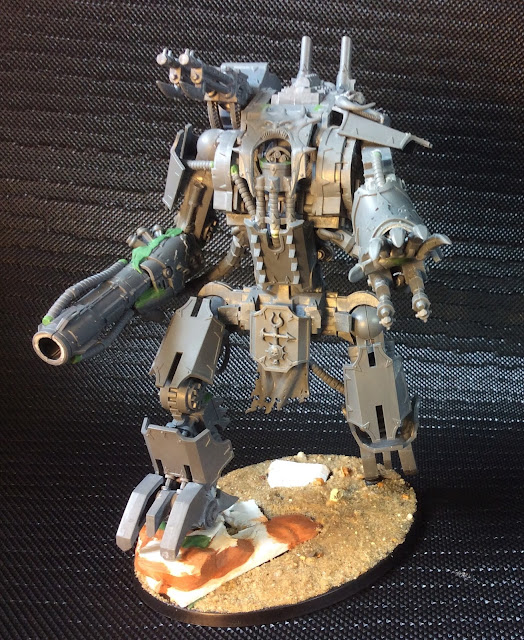 Is this the best conversion ever? What if I told you it was made from a Chaos Defiler which is widely recognised as an incredibly ugly model?


Am I feeling full of myself today?

In truth though, the model is almost 100% Defiler parts - with the legs being made out of the largest crab claws and the arms made of the smaller ones. The torso is also all Defiler, but it has been rotated and cut about to make what you see now.

One of the hardest parts was building a serviceable pelvis as the part from the Defiler kit has attachments for all of the additional legs. Other than that I used some Mauler Fiend parts on the arms.

I still need to do a bunch of greenstuff work - especially on the Battle Cannon arm and the joints on the legs where I had to cut things about. After that I have to paint the thing, which should be a hell of a task. Maybe I'll try and do it for this years Dreadtober if Greg will let me enter the thing! (What it's an armour 12 walker!).

Size wise it's about 8" tall - making it taller than an Imperial Knight, but not as burly. It is fun to be able to poke out behind buildings and use them as cover like an infantry model behind a wall. 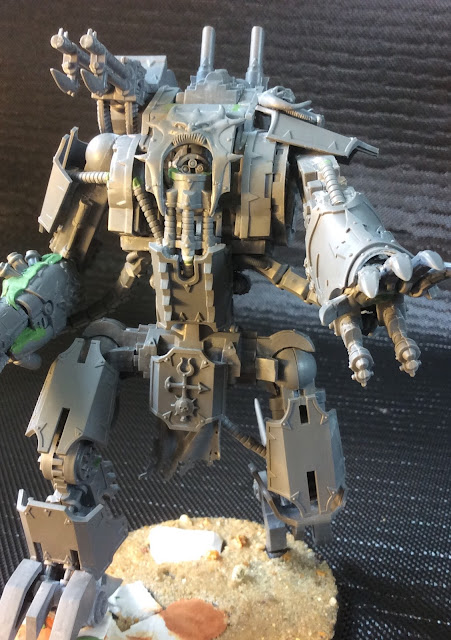 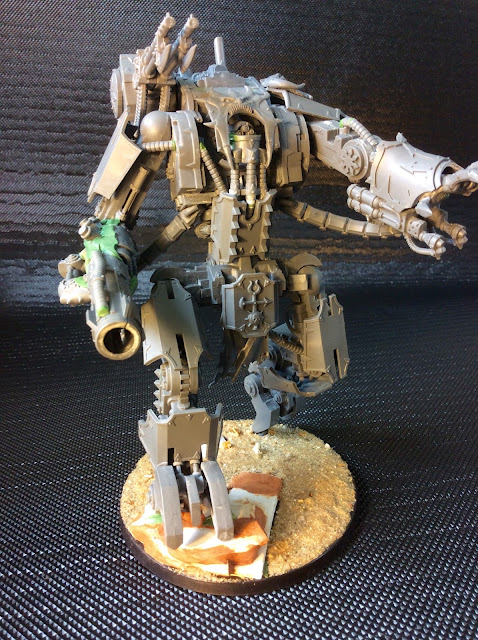 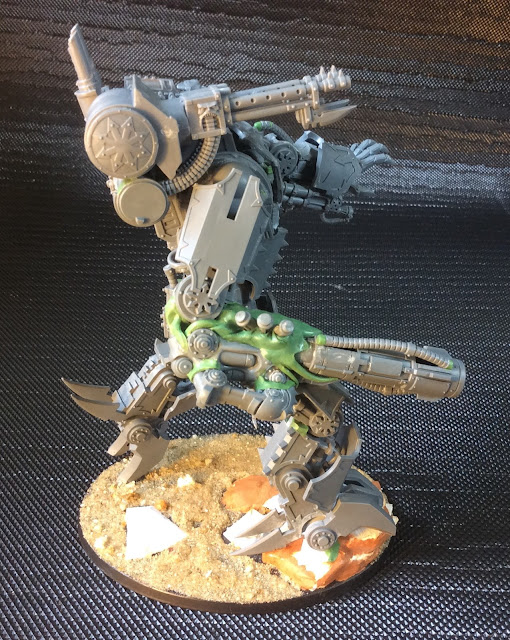 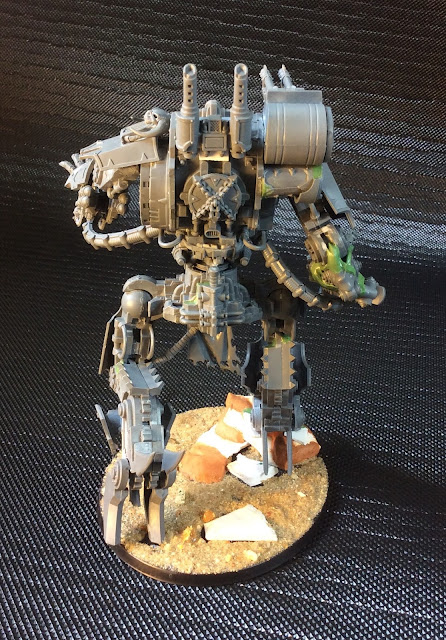 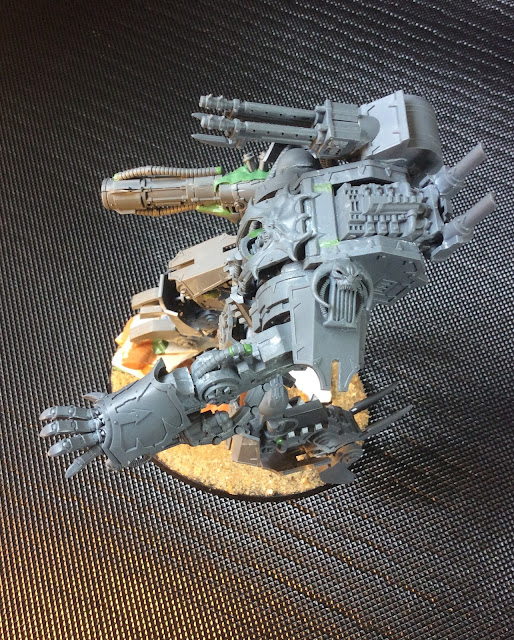 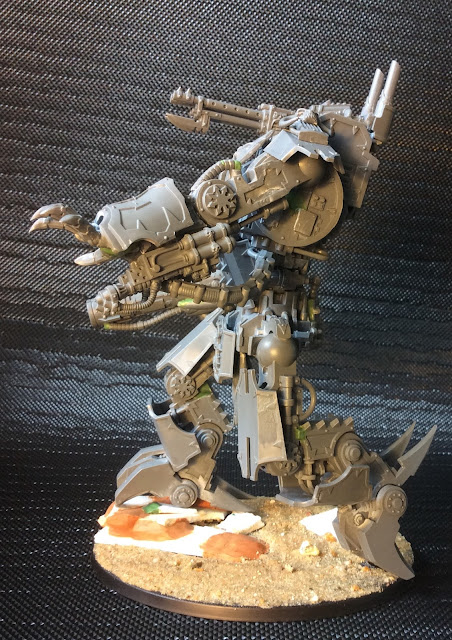 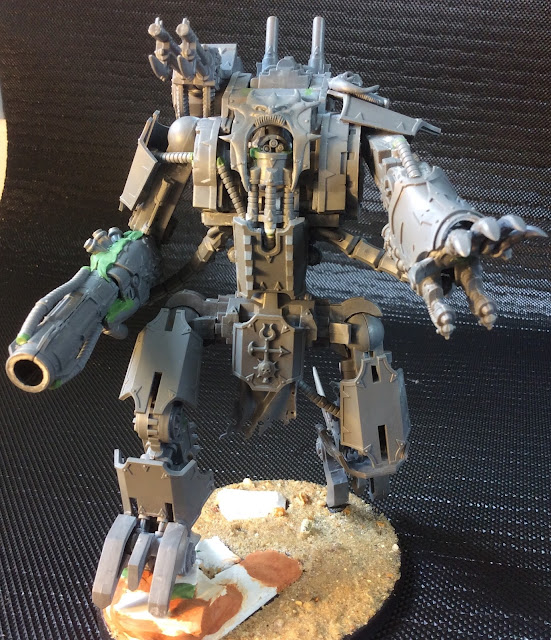 Here's hoping Chaos get a boost in the next Codex and it goes up to armour 13! (also a points cost cut might be nice if it doesn't).