It's been quiet here … too quiet. There's a good reason for it though; as at least for some of the time I was hard at work on a top secret entry for this year's GK Competition (run by E2046). 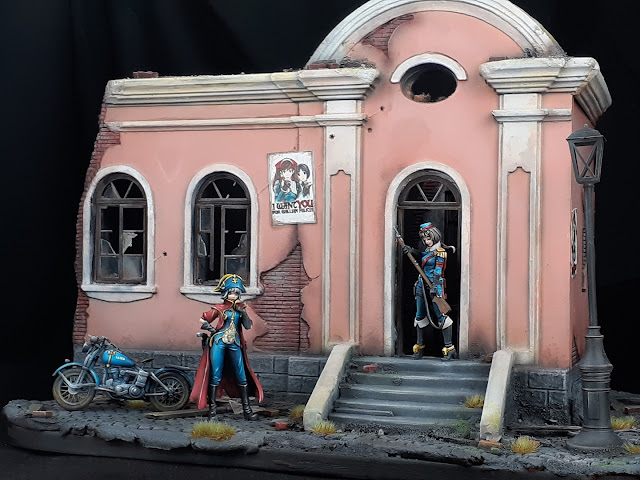 The competition entries are up, but voting won't start for another week or so. After that there's an official judging period, so results won't come out till September. Anyway, my entry this year was a bit spontaneous in the end. I bought a couple of 54mm miniatures from RN Estudio with the thought that maybe I'd make a tiny diorama - like both on something not much bigger than a small base. It just so happened that at the time, I started playing a little Valkyria Chronicles and it kind of inspired the colour scheme which went on to influence the rest of the piece and in the end I kept adding more bits influenced by the game - like the recruitment posters. 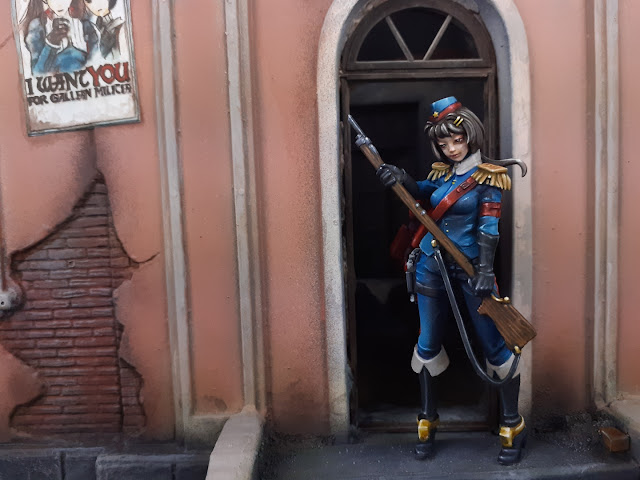 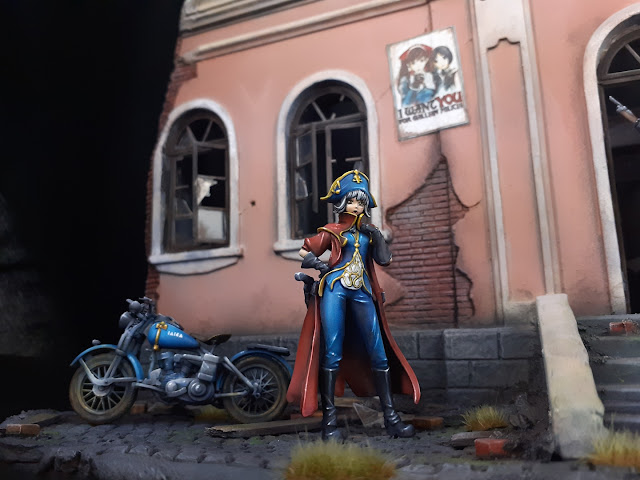 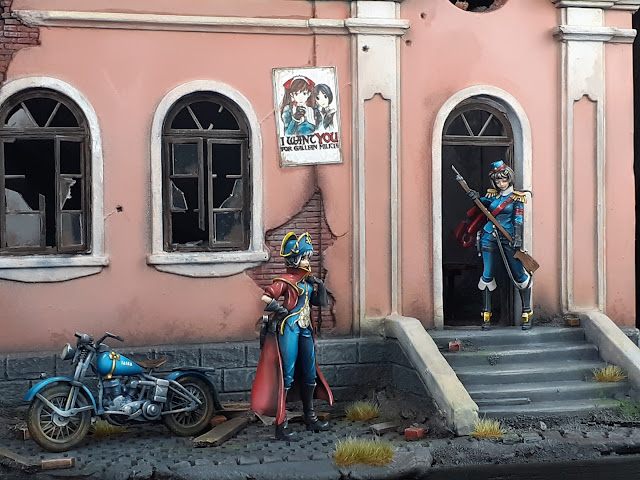 The other main parts of the kit are the building and bike. The bike is a plastic model Harley kit made by Italeri which came in a lot of parts for something so small. The building is a kit by MiniArt. It was like nothing on earth to build though - the building was vacuum formed and came in big sheets that you had to cut the walls out of. I'm really happy with it now that it's done, but it took a lot of work to get it looking good. The scale would probably be good for Inquisitor though if anyone was interested. 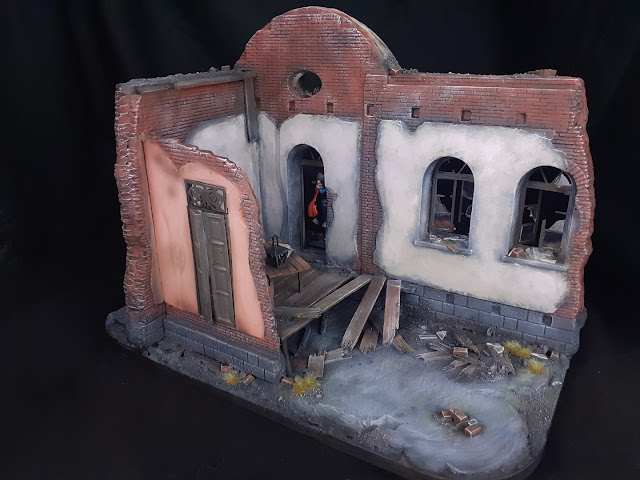 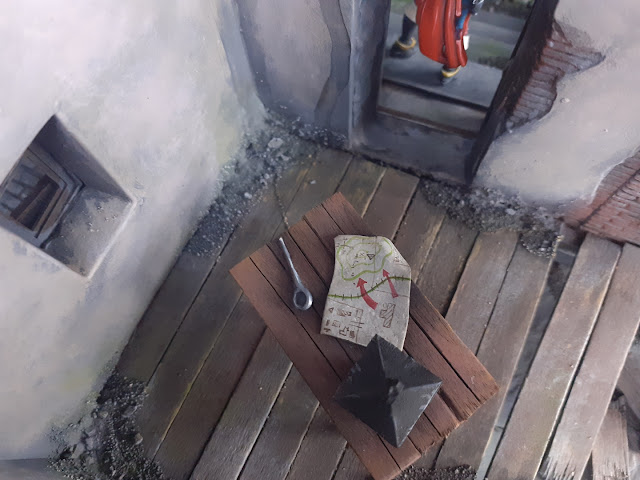 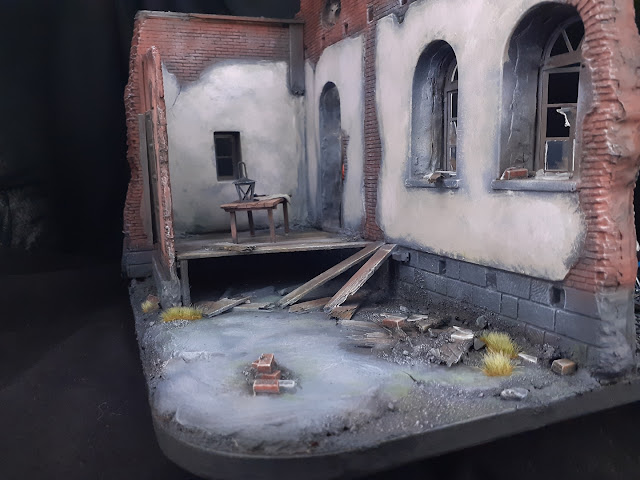 Painting wise, I used my usual mix of airbrush and brush. I intentionally chose to try more non-metallic techniques as a way to match the sort of animation style that I was looking to create.
You can check out all the entries here (there are figure and robot categories too accessible at the top)
For just my gallery with more photos: Click Here
Posted by Blazmo at 17:25:00 6 comments:
Email ThisBlogThis!Share to TwitterShare to FacebookShare to Pinterest
Labels: Anime Figure, Diorama, E2046, GK Competition, Scenery
Newer Posts Older Posts Home
Subscribe to: Posts (Atom)