After the success of last year's Squaduary, I'm entering again this year; with a vengeance! 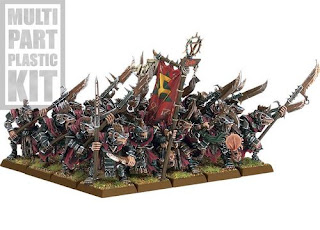 For those who missed it, Squaduary is a community event where bloggers pledge to paint a squad in February with updates every week. The event is usually split across the 4 weeks; with one week for building, one for basecoats, detailing and basing respectively. It doesn't fit my style that well though as I suck at batching!

Like last year, the event is being run by Stepping Between Games (http://steppingbetweengames.com), so be sure to check them out for more info and to see how the month unfolds. Entry is open to everyone via social media, so you don't have to have a blog as such.

Last year I hit my goat of a completed 10 man squad, and this year I want to do even better. I was torn between a few different projects that I could potentially work on, as I really wanted to do something interesting and different.

Handily, a few years ago I made a rather half-assed attempt at starting some 40k Skaven. At the time, I got hung up working out how to actually build the infantry. I was left with a box of Stormvermin, some Clanrats and a few fanciful ideas. This Christmas I was given  a box of Storm Fiends by my brother and I was again captivated by Skaven in an instant. With that, the project sprung back to life, and I set to work picking up the last few bits to make it a reality.

For this year's event, I'm pledging a unit of 10 Skaven equipped as Skitarii Vanguard. I'm also going to try to complete a Skaven Dominus to lead the force as a stretch goal if I can make good progress on the infantry. I think the rules for Adeptus Mechanicus will line up well with what I have envisioned for Skaven in the future; kind of tech-oriented with a lot of pyrotechnically impressive weapons!

More than the painting, I'm worried that I won't be able to build them fast enough, so I'm trying to keep the conversions fairly intuitive. This is going to be important for the force going forwards as well, as I need to be able to produce them quickly enough that it will actually be possible to complete more than one or two of them. They need to look plenty futuristic though, or the project will be a failure. It should be quite a demanding.

I also have the Storm Fiends which I plan to use as Kastelan Robots with a bit of conversion as they are heavily armoured and about the right size. Maybe I'll be working on them for Monster March if Squaduary goes well! 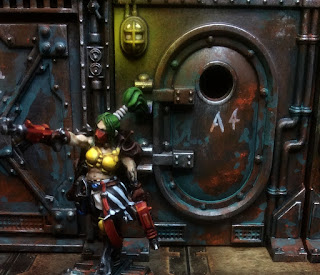 Since Christmas I've been hard at work on the new Necromunda range. Rather than heading straight to the gorgeous minis like usual, I actually started with the scenery. I have to admit that I was a little surprised myself, but seeing the parts in person really captivated my imagination.

I wanted to get them ready for use in some games I had planned, so I chose a scheme that wouldn't bee too demanding technically. More importantly, I wanted to capture a really grimy worn underhive look. In my imagination I was aiming for some sort of ancient rusty waterworks/sewer looking thing. I wanted them to match the boards from the box closely as well. 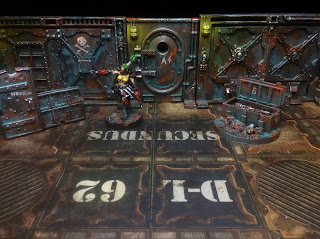 It's strange, as I had originally intended to ignore the boards mostly and move on to playing multi-level style like the old Necromunda, but having painted the scenery and played a few games on it now, I can say that I really like the cramped conditions. It feels different; which is something I wasn't expecting and actually I felt added a lot of flavour to the game (which could have basically just felt like a 40k Infinity hybrid). 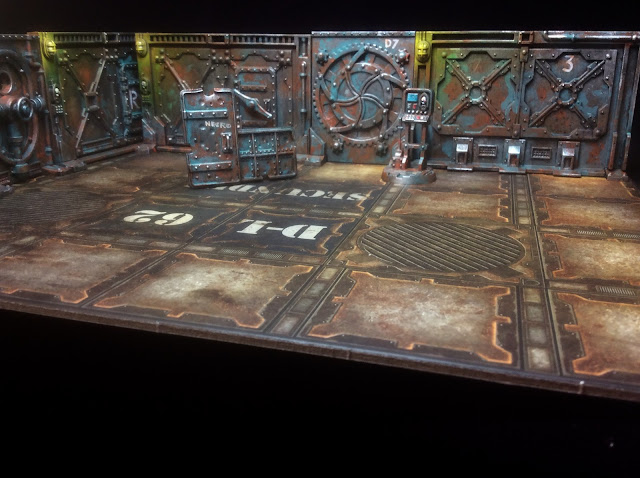 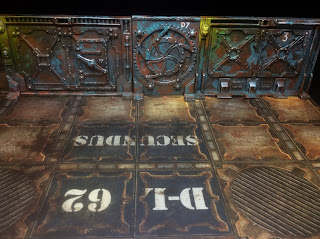 Paint wise, I started with some standard GW Black spray undercoat. After that I gave the whole set a coat of Leadbelcher. I generously stippled Ryza Rust on to the relevant areas. A few layers helped build up a bit of texture for the rusty bits. I then washed the whole thing down with black (which I mixed myself so as not to waste too much pre-made wash as I was using a lot!). The next step was to add the oxidised verdigris type parts. For this I made a mix of 1/2 Vallejo Blue Green, 1/4 Vallejo White, and 1/4 Vallejo Olive Green. I thinned this own to a wash and then applied it to the relevant areas (cracks and places where water would pool). I was quite generous in giving it a good coat as I wanted a strong effect. The last thing I did was give the parts a light drybrush (literally just for the edges) of Runefang Steel to bring out the shapes a bit and give it some depth. It also makes the edges look a bit more realistically chipped.

That pretty much sums up the painting. The only other thing I did was go back and add some OSL (Lights). This was pretty quick. I used the airbrush to spray the lights and the areas around them with white. I then went over this with yellow. I hit a larger area with the yellow to fade the effect across the surface a bit. after that, I painted the internals of the lights with light yellow.

Anyway, I'm happy with the way they came out and I think they match the boards well. I also painted all of the consoles and additional bits. I blasted some of them up pretty fast though; especially that tentacle thing that I wet-blended pretty messily! 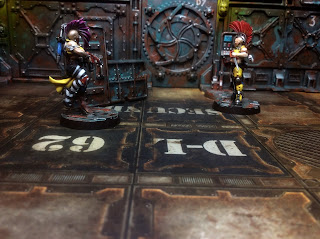 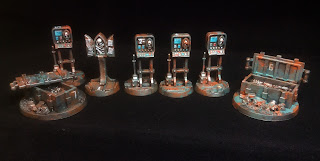 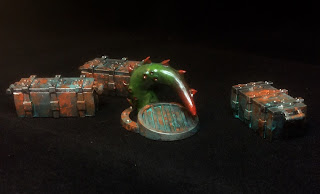 If you enjoyed this article, check back later as I'll be working on my Escher gang. I should also mention my Necromunda ganger names generator, for those who missed it: