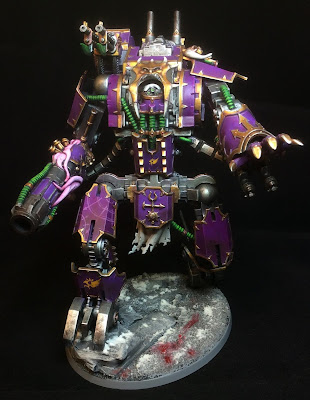 Probably my most ambitious conversion to date, this bigger than an imperial knight beast has been sitting idly by waiting for paint for about 4 years or more. In fact, I remember talking about it at the time as being about the size of a knight titan before they were ever actually released!

Anyway, with my latest push to finish some of my Chaos off and get my Emperor's Children back in shape, I finally got the thing finished. The airbrush helped to get It done as I was able to basecoat the silver and purple bits with reasonable speed and with less pain than otherwise might have been felt if I had to di it all by hand; especially considering it was fully built and had to be painted as one big chunk! 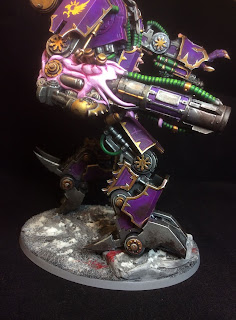 The conversion itself uses almost exclusively parts of the defiler kit, but it has all been reposed, cut and chopped together to walk upright. I did a lot of restructuring of the torso and everything as well. I'm really excited to finally finish it too. My Emperor's Children are never going to take to the field without him! 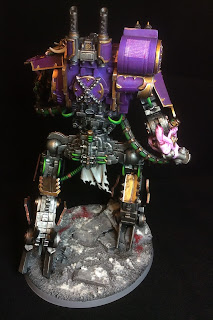 There are a couple of other pictures below. I recently finished a Warpsmith as well, so they should work together well and be very thematic too! 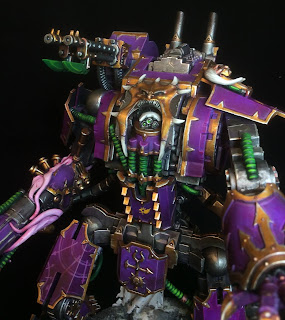 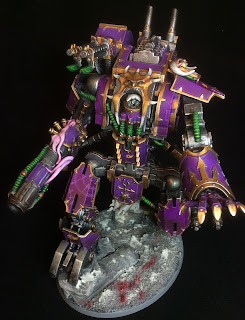 Is it too late to claim them both as an incredibly last minute Dreadtober entry to go with my Dragoon?