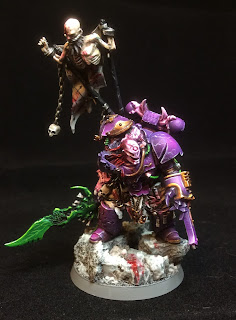 Behold the glory of Blazmodeus! It's rare that I spend this long painting a model, and even rarer for me to name it after myself, but I'm really happy with this guy! 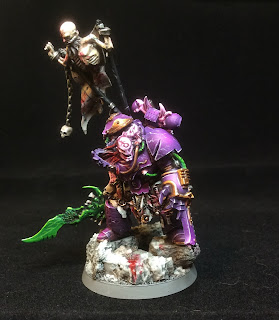 He was one of my best conversions; possibly the best, but he ended up sitting on a shelf unpainted. In fact, he was such a good conversion that I almost didn't want to paint him for fear that I wouldn't be able to paint him well enough to live up the model itself. I made a bit of an attempt to paint him a few months ago, but ultimately gave up as I couldn't get the result I wanted.

I started again recently as part of my latest Chaos push, and he is finally finished and ready to lead some of my Emperor's Children in to battle. 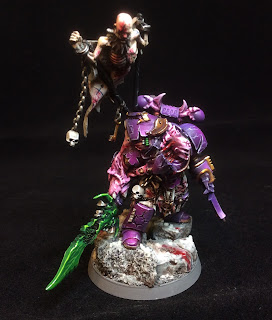 Overall, I'm really happy with the model; in particular the mix of colours came out really nice on him, and I like the blend on the armour. He is actually the first model in my Emperor's Children to be painted using the airbrush, but he definitely won't be the last! 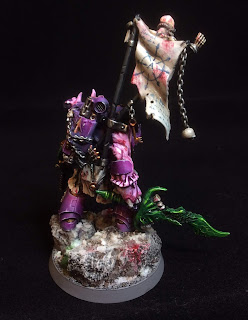 For me, he really looks the way that I envisage Chaos marines should look. I think that the mask being torn away from his face came out well in the end too, which is cool.

I think I'll be using this guy as my general for many years to come. 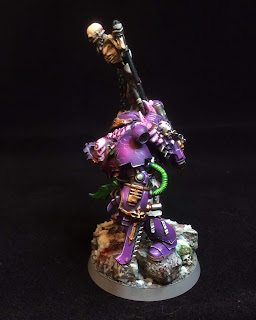