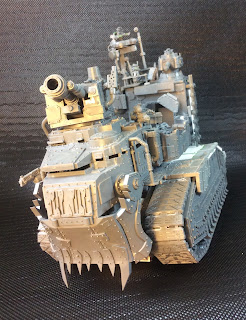 There's a monster living in my cupboard and it's really big and frightening. It might even be green one day. Unfortunately for Disney, there's no franchise opportunity here; it's actually just a converted Battlewagon that I've been working on for some time.

Growing up in the days of yore (also known as second and third edition) I always liked those huge converted Battlewagons that people used to build before there was an official kit. I do like the official one stylistically, but it wasn't enough of a monster for me. It just didn't have that crazy appeal that can only really be found with a pile of spares and a heap of plasticard. With that in mind I hatched a cunning plan and set to work on another monolithic project. 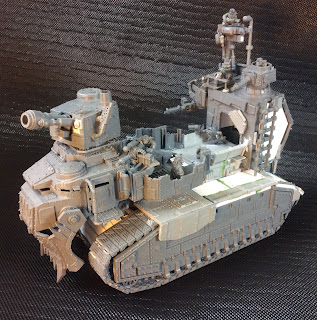 The original body started out as the official Battlewagon. I took the surprisingly small vehicle (this thing is supposed to be armour 14?) and mounted it on a set of Baneblade tracks. I then used various parts from a heap of old Gorkamorka Trukks (thank you eBay, I had like 10 of them for £20 - bought purely for spares) to begin filling in the gaps; slowly building up a colossal hull of crazed odds and ends.

Scale wise - it's longer than a Baneblade and taller than an Imperial Knight Cerastus. I think I have a problem! (Ok the real problem will be painting the thing!) 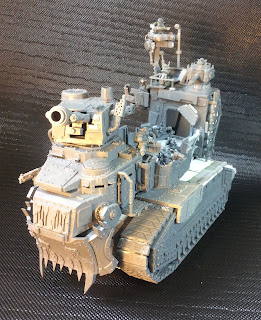 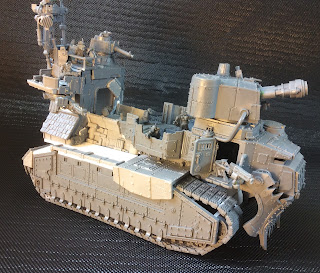 The converted Killkannon uses the standard Kannon from the kit combined with a Vindicator's Demolisher Cannon and a few reinforcing struts that I built. 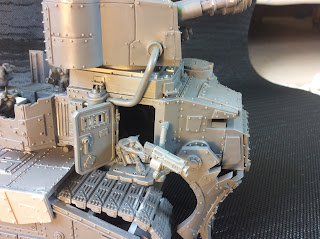 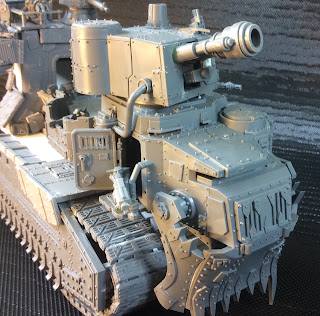 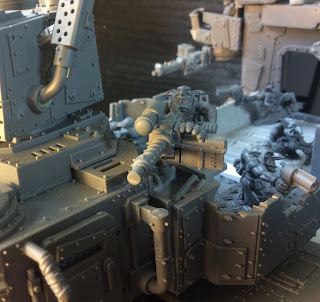 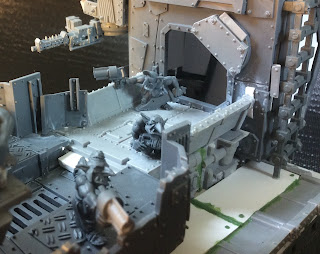 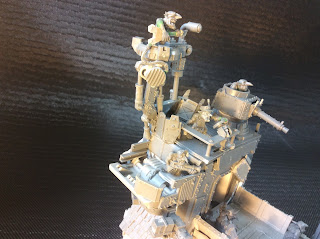 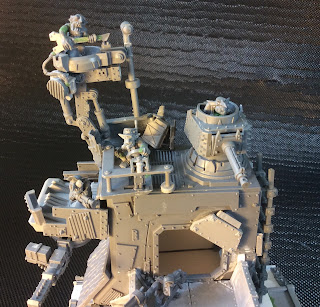 The aft castle is actually the hard top of the original Battlewagon kit with plasticard added and some bits of roof from an old Warhammer scenery house thing. Illustrious Captain Bognobba started out life as an ammo runt. I cut the end off of the bullet that was in his mouth to make it look like a cigar and added an Ork captain's hat to him to create "the look". 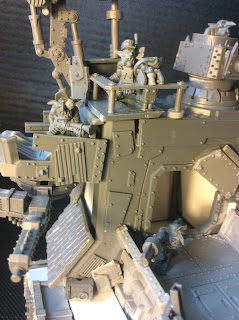 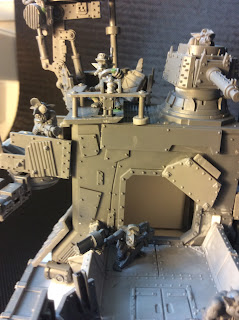 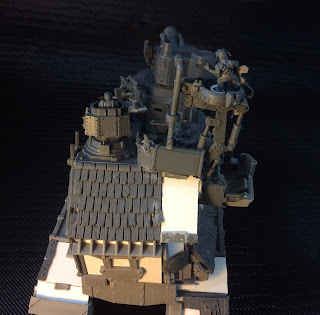 Just to prove that I put some work into the back too. 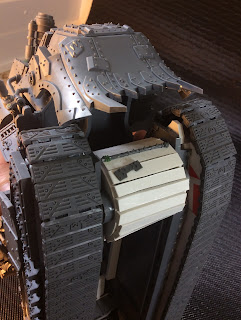 I added a custom deff-rolla under the chassis - I had to do something in there. I might actually add a whole row of them eventually! 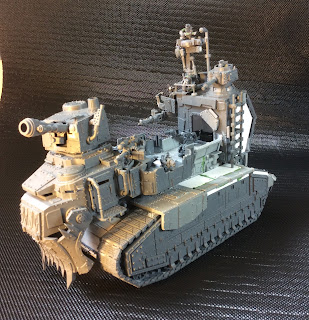 If you're wondering, it's official name is the "Kruntankk" .... why? Well it was the name of my Big-Lugga in Gorkamorka (and it just sounds so damn funny!).