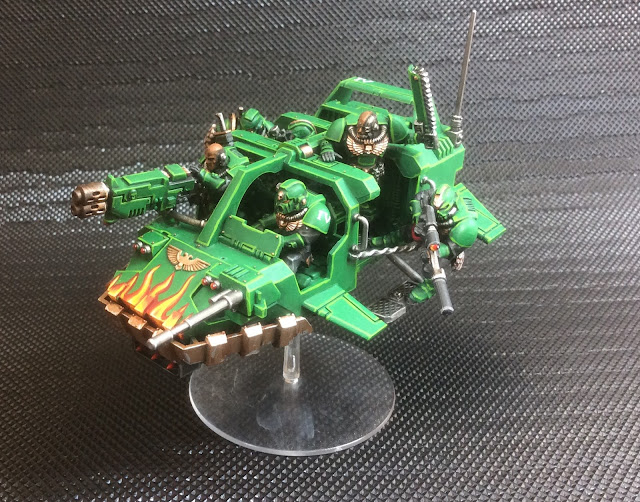 When I hatched the plan to make a fast attack based marine army it was based entirely around a pair of Land Speeder Storms with 2 units of scouts. A bit later on, the new codex came out and it became possible to take bikes as troops (if your leader is on a bike) and they became a bit less essential. Not that it mattered as one of the things I vowed when I started the army was that it was going to include as many units that Chaos can't field as possible (otherwise there'd be no point as I have a large Chaos force already!).


The problem with scouts has always been the really ugly head sculpts. With that in mind I went to work with a box of spare parts; replacing and variously helmeting them up to make them look a bit more appealing.


As someone who got into Salamanders during the Second Armageddon War campaign, I've never liked the "coal black" skin tone that was later given to Salamanders. I just hate the look aesthetically, so I went with a more old school tan on these guys. For most of the army I've gone with helmets to avoid the dilemma, but on scouts a few bare heads was unavoidable! 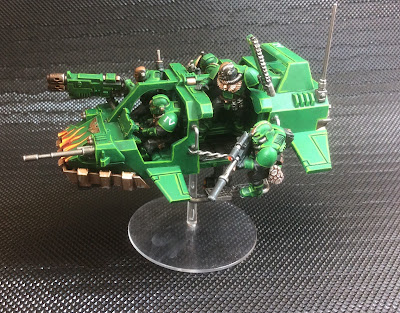 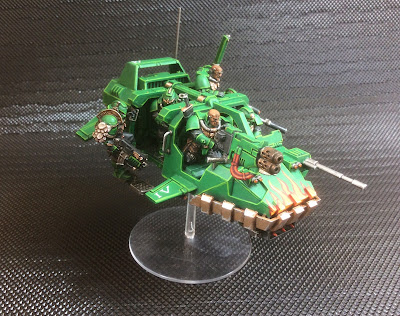 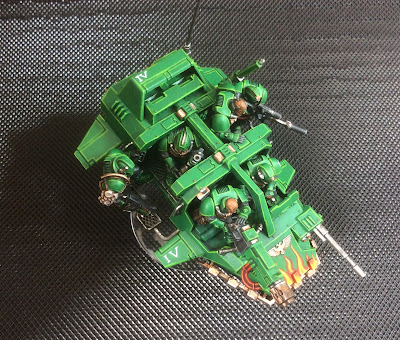 I'm quite happy with the flames on the front and the freehand "IV"s all over it.

For those who are wondering, no I didn't paint this separately. I built the whole thing, crew and all, glued it all together and painted it all as a single piece!

Some more Pictures of the army for those who missed them: 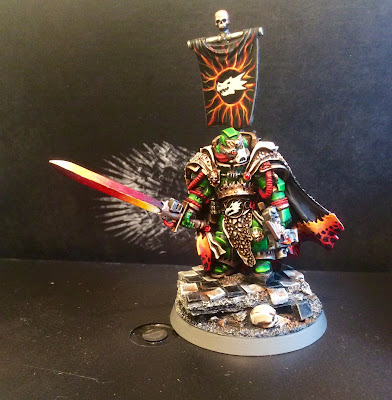 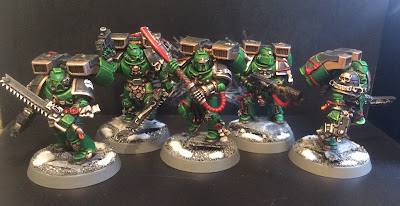