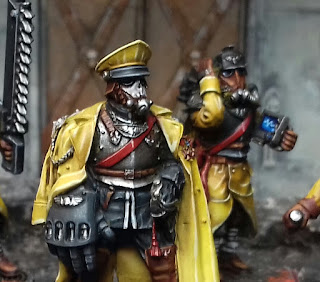 More Steel Legion again. This time, I'm presenting my two command squads. Together with the sniper squad I showed last week, these guys make up the elite section of the force (well other than the Scions and probably veterans at some point!). The picture above shows the army commander Kastoph Greede (some longer term blog-viewers might remember him from my battle report a year or so ago). At that point, I hadn't finished his squad, but here they are with him: 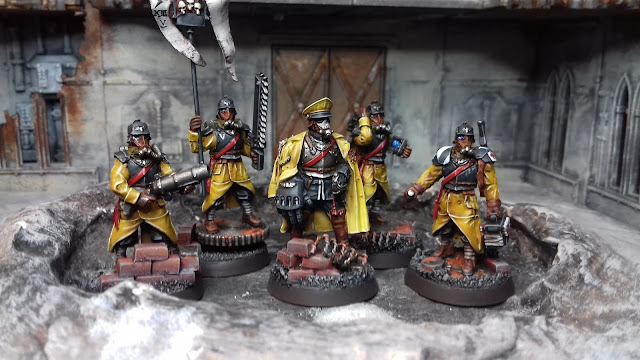 They're really a classic set up - a banner, vox, medic and one special weapons guy with a grenade launcher. They're pretty stock, but the medic does use a few Anvil Industry bits. 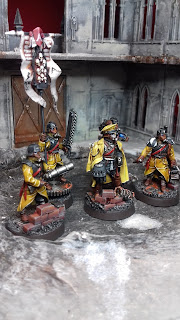 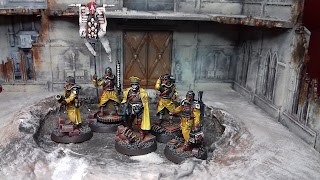 I did say command squads, and that's because I made a second one for my other commander. This time a full flamer team - sort of as a counter-assault unit, but also just for fun. In time, they'll have their own Centaur to ride around in, but for the moment, they'll have to lump it on foot. 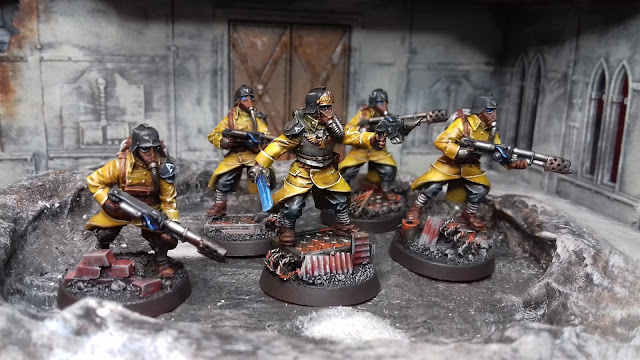 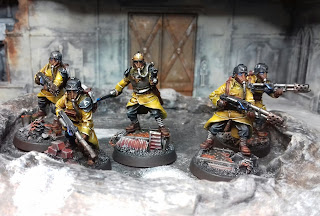