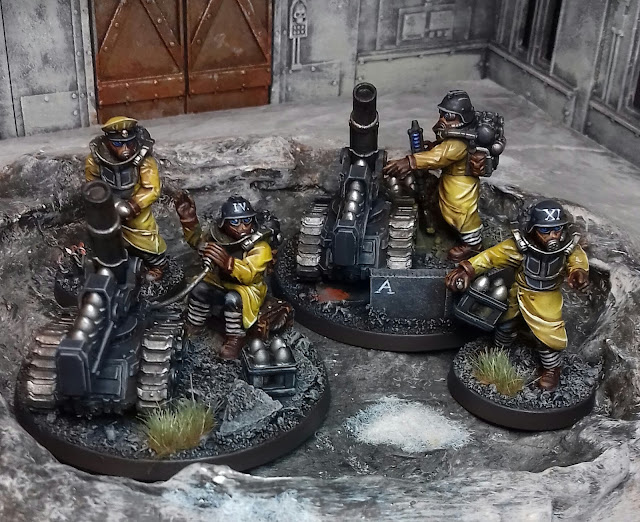 More Steel Legion today - this time is my freshly finished mortar teams. I've had these guys for a while, but they were always lower down on my list of priorities. After adding up a few potential army lists, I realised that they'd be useful to have as an add on unit to fill those gaps where I was left with thirty or so points to spend. 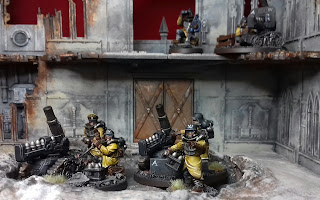 They're pretty much 100% Anvil parts, so nothing to report on that front. Anvil supply heavy weapons teams with smaller bases than the GW ones; which means that you have the second crewmen on individual bases. I think I'd prefer a 60mm round base, but it does make marking wounds easier. 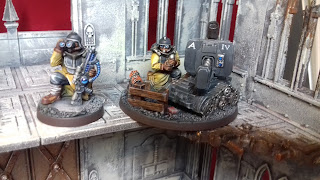 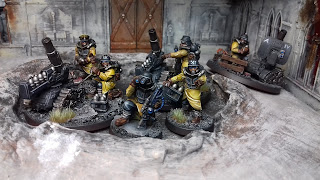 Style-wise, they match the rest of the army. Most of my guys are styled with very busy bases like they're in the thick of combat. I went with calmer more plain bases for the mortars as I envisage them always being out the back of the force providing support. 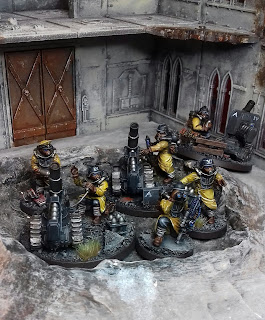