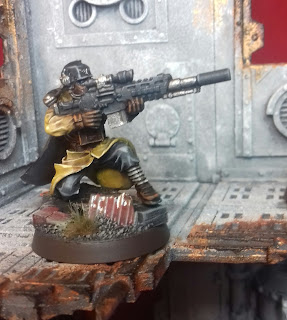 I've been hard at work again on a plethora of new units for my Steel Legion army - in fact, it got to the point where I had units just lining up to be photographed for the blog, so I though I'd better get started. 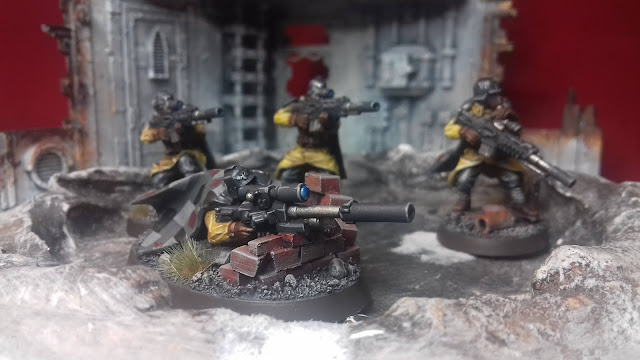 This sniper team is a command squad consisting of 4 guys with sniper rifles, although with a slight adjustment, they could be a special weapons squad. They were quite a simple conversion too - just Kreig bodies with Anvil Industry arms, cloaks and guns added. The guy laying down firing his rifle was a lot more complicated though, as I had to convert a standing body, and reposition his arms around a plastic scout sniper rifle. Unlike the others, his cloak is entirely greenstuff as his pose was too far from what the resin ones were designed for. In fact, his pose was so wild that I replaced most of his right arm with a piece of wire and re-sculped over it to make things fit. It worked in the end though - and I love it when a plan comes together! (I might have been watching the A-Team lately too...) 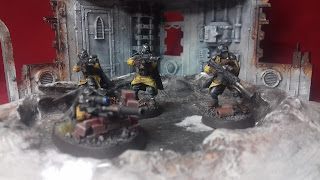 Painting-wise, this is just my standard Steel Legion scheme. I batched these guys with 13 other models, so it was a bit of a busy one, but I made it to the end. The only thing that was a bit out of the ordinary for me was the camo cloaks. I sort of based the design on some of the recent marines from Shadowspear, and I'm quite happy with how the patterning came out. Camo is always one of those things that I'm a bit hesitant to do as it can look terrible if painted sloppily (which is generally my preferred style!). Getting these right did take a bit of time, but it was worth it as it's quite key to making them stand out. 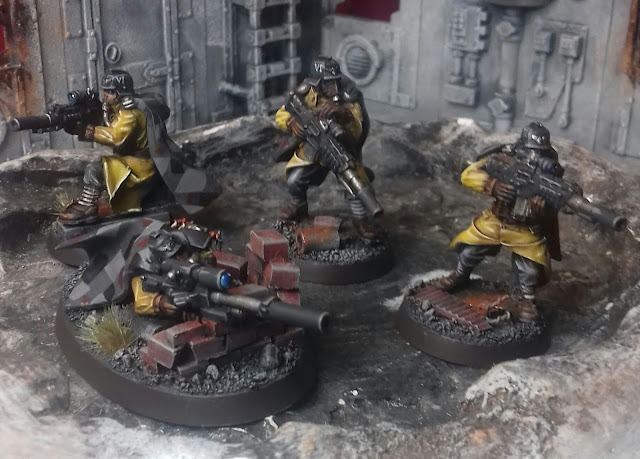 With any luck, there'll be plenty more Steel Legion posts on the way, as I have a lot of units. It might even be tomorrow if I can get things written up! 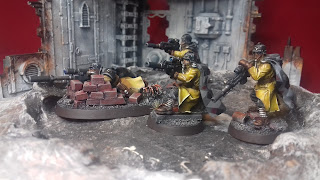