Well, I think I'm going to call this one a success. I got a really battered plastic Empire Wizard that had been converted into a Wraith rather badly from the bargain bucket at Marquee Models (my local games store). I only bought the thing as it was 50p and I had a vague idea that I could probably build something out of him. After a lot of cleaning as best as I could (he had rather a lot of melty plastic glue on him!) the conversion was surprisingly simple. A head swap, new backpack with robot arm and the icon from the Hybrids box was basically all it took. I've named him "Thant" after a particularly memorable character from Heroes of Might and Magic III as the resemblance was quite striking when he was finished. 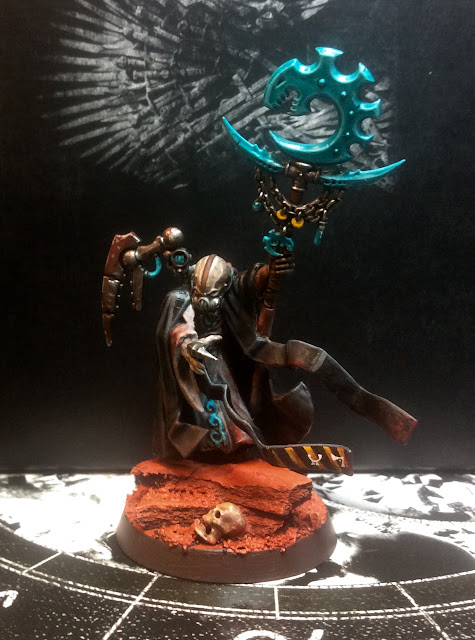 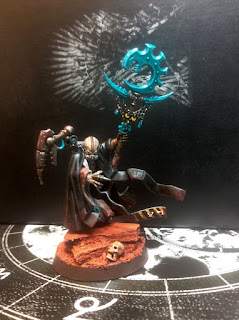 When I originally painted him the first time, I did the whole cloak in yellow, but he didn't blend into the rest of the force very well. The weathering also clashed with it rather horribly; making it look like a dirty plastic Mac. After a lot of to-and-fro over the whole thing I repainted it black and now I'm glad that I did.

If you're wondering about the additional mechanical arm, I'm hoping to tye him into the background of an upcoming campaign against a mechanicus force, so think of him as a corrupted tech-priest or something. Well, that's the gist of it till I get more time to develop the storyline. 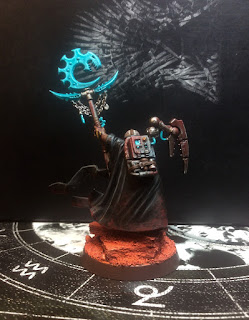 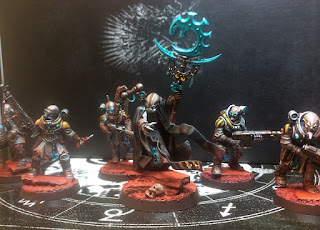