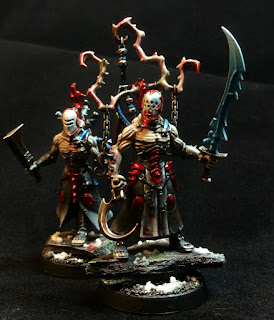 Join me for some incredibly naughty evil this week as I surge full speed into the unforgiving void of a new army project. Regular readers might remember the Wrack that I painted recently, well he's back and he brought some friends (ok I've only finished one more so far thanks to some Squaduary related delays). I have base coated  the others though, and they make a fine looking squad so far. The camera really doesn't pick up the scheme well though, which is a bit disappointing as the flesh tones are a lot richer in person and the reds are really shiny and reflective.

Anyway for a bit of fun, I thought I'd do a special set of posts on this new project - every day this week, I'll be gluing and painting fresh miniatures for your dark amusement. It's gonna be a hell of a thing. 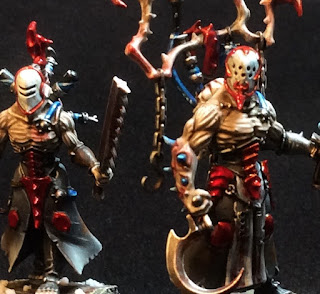 At this point you might be wondering about the other subjects of this weeks malificent experiments, well, I picked up this rather indelible Start Collecting set recently and it is high time to get building it.  Interestingly, I had a look at both the regular Dark Eldar codex and the Covens Suppliment, but ultimately settled on a Haemonculus themed force rather than actually using the Covens rules; there were just too many nice units in the regular book and Covens kind of annoyed me with its over reliance on formations. 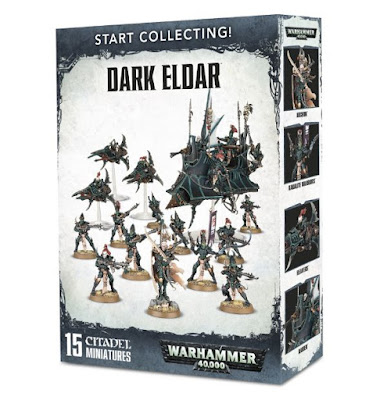 I think it's probably one of the better value sets - the Raider is a must have for any force (not to mention that I just love 'em). Warriors and Jet Bikes are both equally cool units. I have no idea what I'll do with the Archon, probably just hold on to him for the minute till inspiration hits.

Speaking of inspiration, I've got some spare masks from the Wracks, so I'm going to integrate them into the Warriors and try to really evil them up. I want to hopefully get some fairly striking conversions going without spending too much time detailing every miniature; pose is key too for any unit! 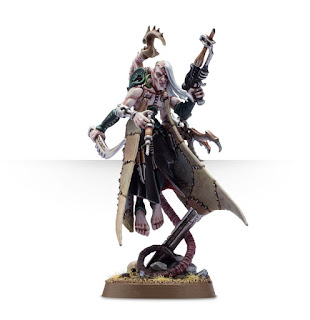 In addition to the box, I grabbed this Haemonculus model to work on (naturally). I'm a bit undecided on the sculpt; it has a lot of good elements, but I'm going to give him a few tweaks to really try and get the best out of him. 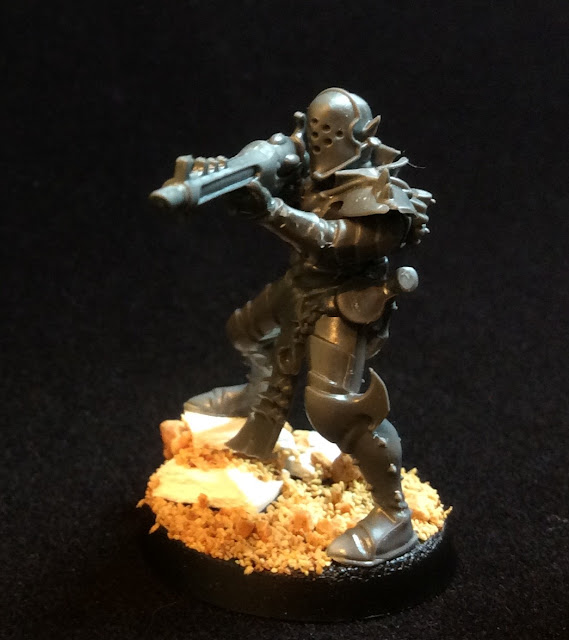 Just before posting, I built this guy as my first warrior. Anyone want to Internet high 5 me on a job well done?

Don't forget to check back tomorrow for another tantalizing installment of forbidden, naughty evil.... Bwaaahahahaharrrrr....