On The second day of evil, I present this for your viewing pleasure... 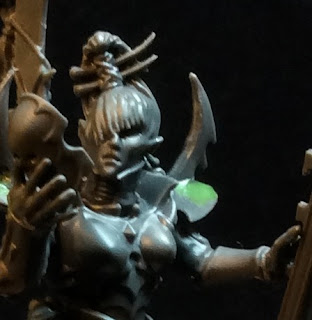 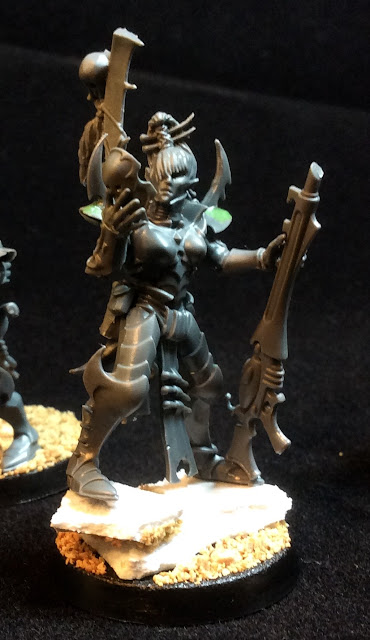 I went with a splinter rifle for the Sybarite as they'll mostly be shooting out of the Raider at anything that moves. I'm really happy with the pose; at ease with her mask in one hand. It took a lot of work though and I ended up cutting her hands off and swapping them out to pull the pose together. I'm rather happy with it though. I had the idea of having a character removing their mask a while ago when I was thinking about the force; it also makes for a cool pose for a female miniature. 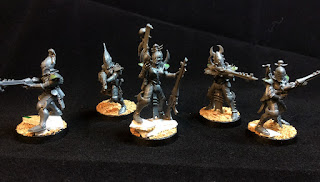 I have used a few regular warrior heads and some bare heads too in he unit to mix it up - I think the mismatched look also adds a slightly shambollic flair to the force (non standard issue or something). Besides it wouldn't do to have everyone look like Voldo! (did anyone else play that game?) 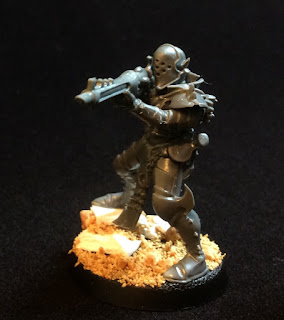 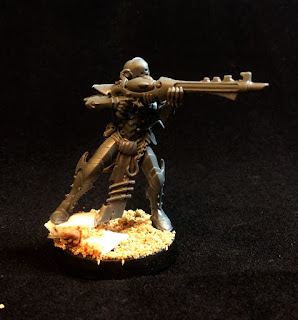 I used a few more masks in the second half of the squad, as well as a Jet Bike head to keep it interesting. I went with a Splinter Cannon and Blaster in the end; hopefully giving them a bit of versatility. 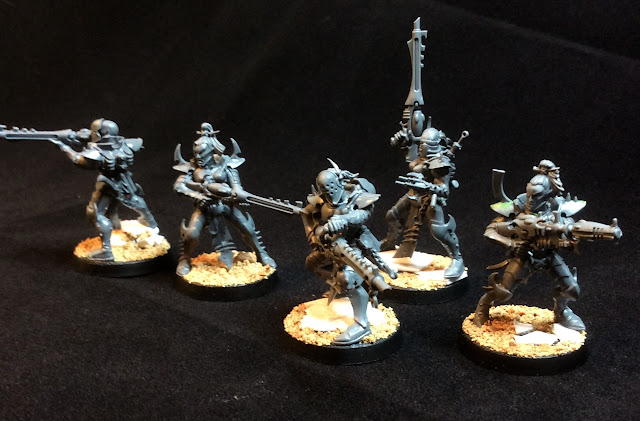 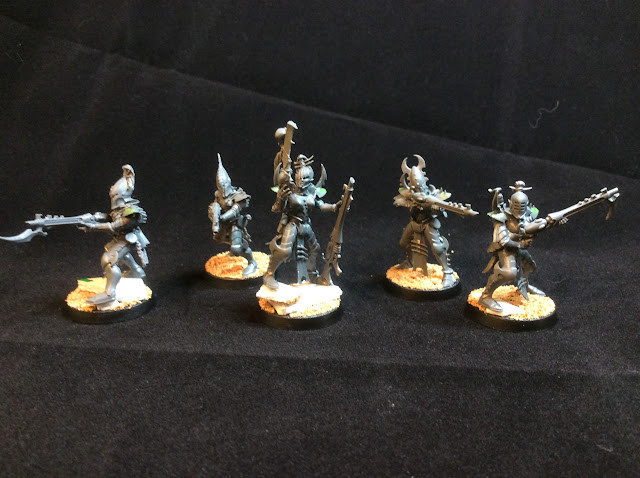 Well, that pretty much sums up today's evil. Stay tuned though, as I'll be posting up another diabolical creation from beyond the Thunderdome tomorrow.