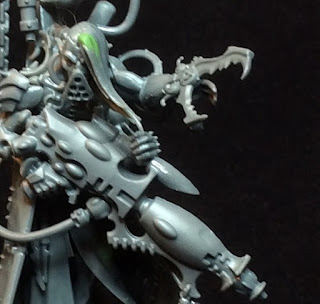 My week of evil continues at a good pace. Today, I'm unveiling something truly heinous; this converted Dark Eldar Haemonculus!

Apologies to anyone who clicked on this link yesterday, as I slipped when I was writing it up and accidentally published the post when it was half finished! It's all done now though, so enjoy. 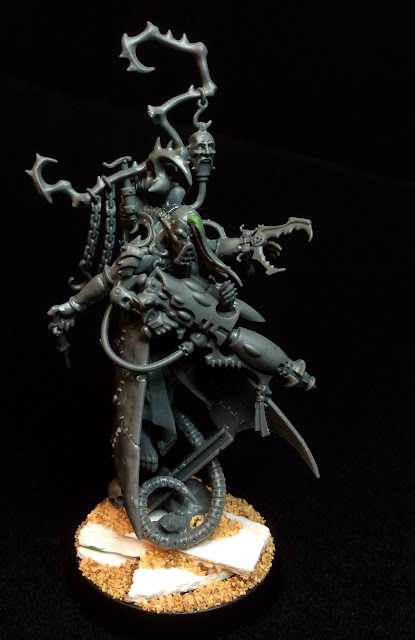 The conversion work is quite extensive on this guy. I have variously cut and switched every one of his arms as well as adding in parts from several different kits (although a lot of the parts came from the Wracks as the kit had some great bits). Build wise, I thought that the mask would make him look nice and sinister (nothing says evil like a re-breather to rasp through). After that, I wanted to make a custom Liquifier gun for him, so I took a Dark Lance from the Warriors Kit and remodelled it with a few bits from the actual Liquifier gun to build him a big weapon! 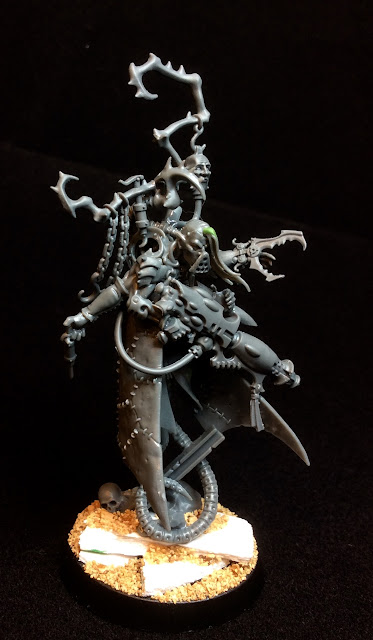 The only problem with all of the modifications was that they then required me to remodel his other arms to fit in with the new armament. I still have a long way to go as far as greenstuff work is concerned too as all of the conversion has left a lot of gaps and joins where he needs to be re-sculpted and joined back together. I often think of this stage in a conversion as the "Frankenstein Stage" where the form is there, but it's all different bits and it needs to be melded together. 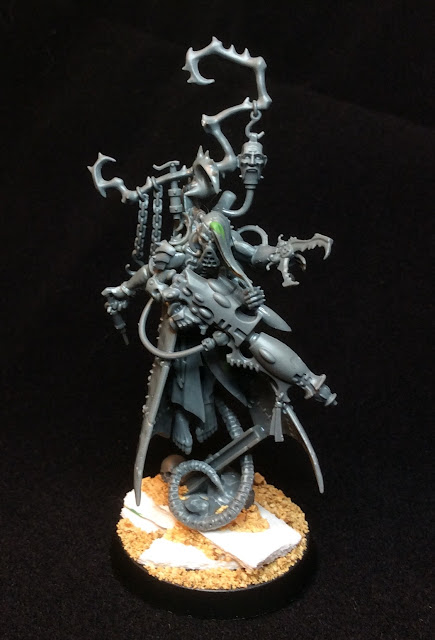 Overall, I'm happy with the look, and I think he'll make a nice characterful leader. I just have to name him; which for me is always a key stage as he'll build up a character as I play games with him and it always feels more defined if he has a name to hook it on. That and I've found that names only really feel natural if you give them early on, rather than add them later after the mini has already been used for months as "Sergeant no 2".

Well that does it for today. Check back tomorrow to see how I get on with building the next part of the army.