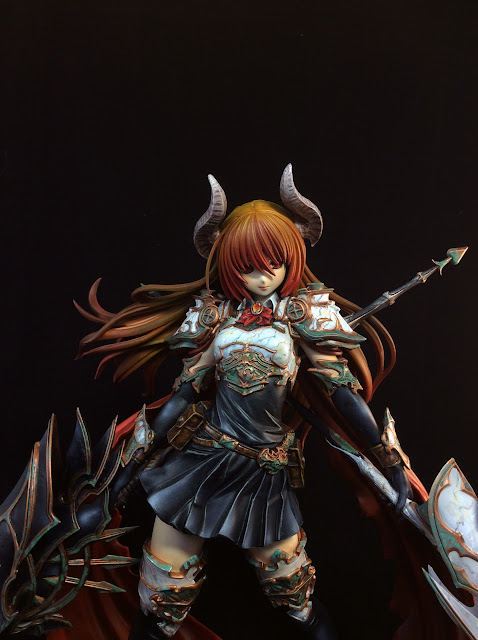 Well, it was a long haul, but she's finally finished. Hats off to me for another job well done. I think I need a holiday though!

I was so near to completion for months, but I ran out of steam at the last hurdle. Thankfully, I had a bit of spare time over the weekend and finally got her last lance done. At the start of this project, I wanted to use her as an excuse to try out some verdigris and marble effects. I learned a lot about both techniques, although actually the most valuable experience turned out to be just from working on a figure this big. I think I gained more knowledge about painting in sub-assemblies and large resin pieces as I learned about anything else. Finishing her off also gave me a break from working on 28mm scale for a while, and it was nice to do something different.

Anyway, that's enough text for the moment. Enjoy the pictures. 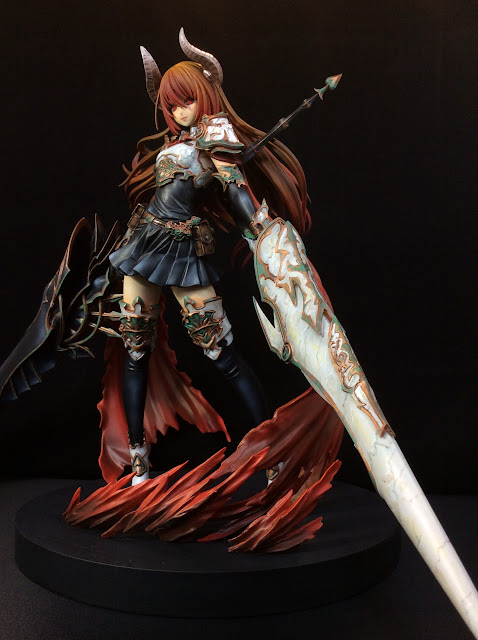 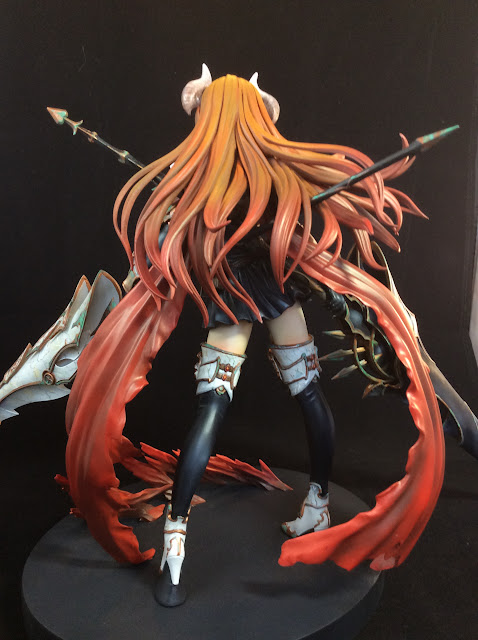 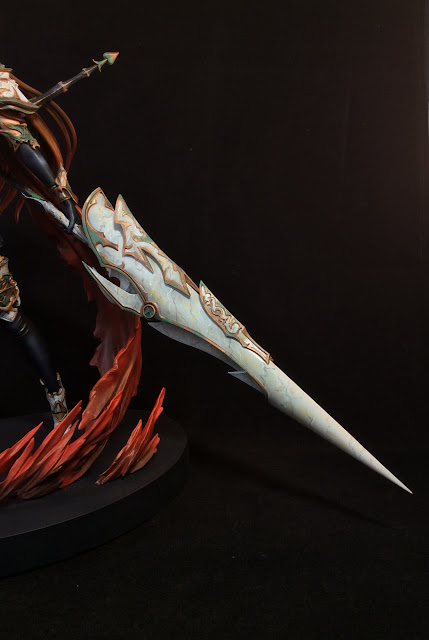 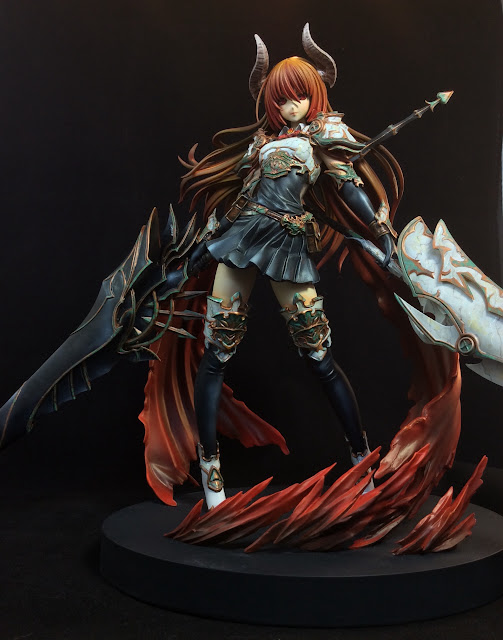 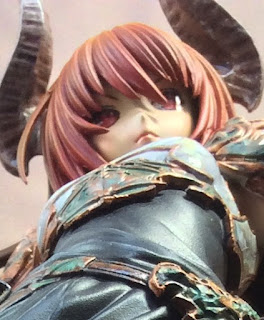 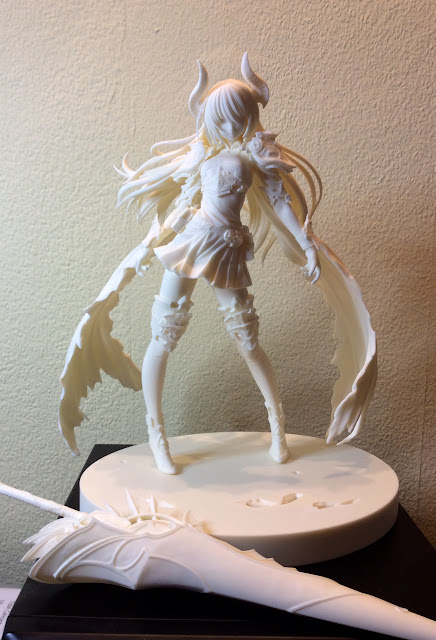 Sometimes it's fun to look back to the beginning too - it was a long journey alright... But probably one I'd take again given a few months to rest up!