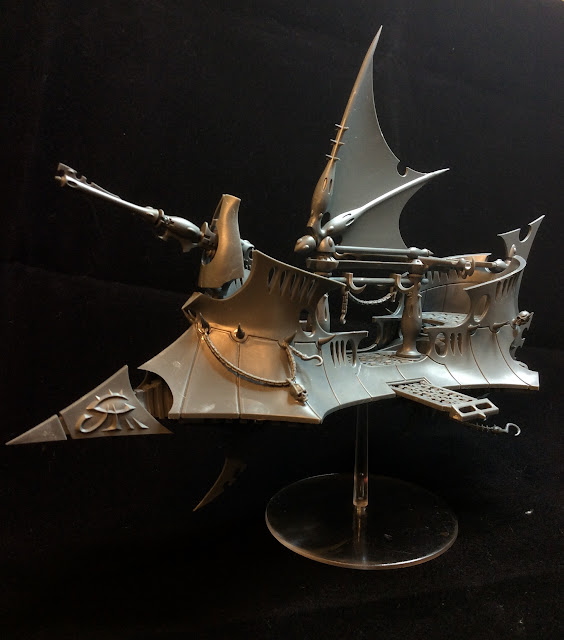 Swoosh! Zoom! Wattango .... ok maybe not that last one. I built this Raider over the weekend (my boys need transports and lots of them). After years of playing against Dark Eldar, one thing I know is that the transports are key - it's all about manoeuvrability and the army's ability to engage on their own terms. Nothing like a Raider or two then. It helps that I absolutely love the model too. 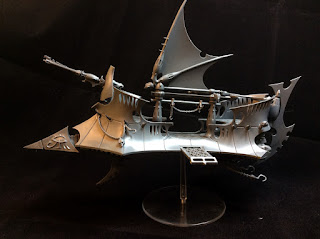 Build-wise it's a pretty complicated kit and it took me some time to get all the bits together and cleaned up. I haven't glued on the flight stand (obviously as I want it to be clear, not sprayed black!). In addition to that, the Dark Lance on the prow still comes off, and so does the central sail assembly. I'm hoping that it'll make it easier to paint, but I'm not holding my breath as this is one complicated figure. It'll be worth the effort though when I finish it (if...) 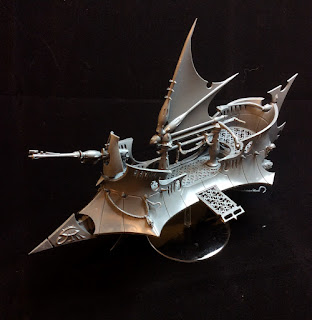 I also built the crew for it too. I used a few more masks and bits on them as well as the Wrack torso from the Venom Pilot (what a jip those Wrack pilot bits are - you'd have to use legs and torsos from the actual kit if you did it their way which would be half a box per transport!). The Venom Pilot is a spare though, so I took his torso and merged it into the armoured legs of the gunner; job done! 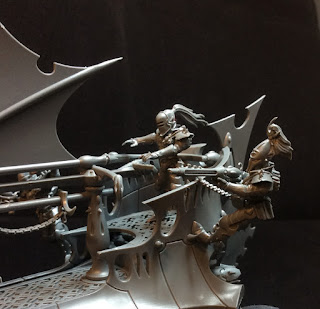 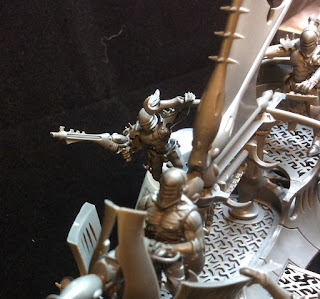 I know that a lot of people leave the crew off, but I'd feel like it was somehow a cop-out. They look so nice on there that even if it takes ages, I'm determined to paint them all up. They're still detachable too, so I'll mount them on a board for painting to make it a bit less painful! 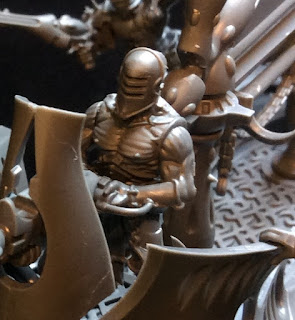