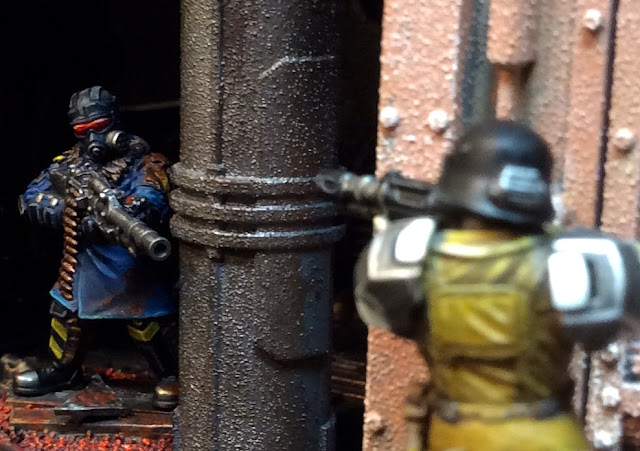 I'm back with another review again, this time for Anvil's Trench Fighters range.

Following the success of my recent review of Anvil Industry's modular Regiments miniatures, I got talking to them, and they actually offered to send me a sample of their new Trench Fighters for free (I knew that running this blog would pay off one day...). The miniatures were given in exchange for a fair review, so I jumped at the chance. After all, I'd been thinking of buying a few bits from the range at some point, and as I was confident that they'd be nice miniatures, I was happy to oblige.

If you missed my first review of the Regiments parts, you can find it here.

What is a Trench Fighter?

The Trench Fighters range is really an expansion to the Regiments kits that Anvil already make; essentially adding in hundreds of components to an already diverse selection. The Regiments parts are a set of modular infantry bits that allow you to make completely unique infantry models. There are a huge range of different heads, torsos, weapons and legs. These options have now been expanded with the Trench Fighters release to include some cool new additions; most notably trench coats as well as some awesome new kit that runs the gambit from full on sci-fi lasers to WW1 & 2 inspired helmets and trench accessories. Overall, there are enough parts for literally thousands of combinations, so there's never been a better time to start building the squad of your dreams. The picture above shows two miniatures that I built entirely from the new Trench Fighters parts.

For this review, I was supplied with the parts to make about 10 men, with a large variety of heads and cool bits to play with. In an effort to cover all my bases, I decided to build and paint 5 of them up as a distinct regiment, to show what could be achieved in an army setting, as I'm sure a lot of Imperial Guard players will be wanting to know!

For the other five guys, I decided to build them like some kind of Post-Apocalyptic Survivors. Not only is this great for me as I like a good skirmish game, but it also gave me the opportunity to really go to town messing about with different bits. Here's some early pictures of what I came up with: 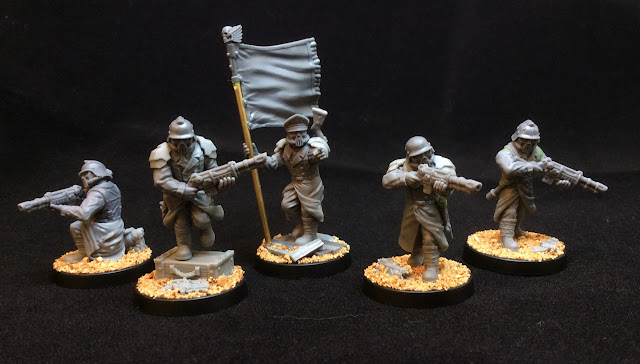 I went with long-greatcoat legs and the skull faced helms; because despite what Gillette might tell you, what a man really wants is a skull for a face and a bangin' trench coat. It's the best a man can get.

On a serious note, you can see the resin quaity clearly in these shots, and those are crisp details that Games Workshop's Finecast can only dream of. The banner pole assembly is also a nice part that Anvil have created. The officer head comes from a sprue of several different capped heads that were my personal favorite part in the release.

For fun, I created these five all differently. They use a wide variety of bits, with mostly shorter trench coat legs and Trench Irregulars torsos. I suggest taking the time to have a look at each one individually, as if you like any one particular look, you could replicate a whole force of them. My personal favorite is the guy with the Bren Gun - although I swapped the sickle clip for a belt feed from a different Anvil gun as it was getting in his eye-line.

I'd say without reservation that I consider Anvil's resin to be the gold-standard. This stuff really is what other manufacturers should be aspiring to; clean crisp details, minimal flash and mould lines are almost invisible. I also haven't noticed any warping in their parts either, so I'm assuming that everyone at Anvil worships Satan or something and have traded their souls for the secrets of casting little men. People might be dubious about taking my word for it, as I was given these just for the review, but I bought the last lot of stuff off my own back without telling Anvil about the review that I was writing and the quality was exactly the same. I really can't praise them enough, as anyone who has been hobbying  for a while will know what a minefield resin miniatures can be. I can only advise anyone interested to place a small order and see what turns up - I think you'll be impressed.

28mm, and as I did a bit of kit bashing in my last review, I can vouch for the fact that the parts are compatible with plastic Imperial Guard bits. Size wise, I'd probably call them semi-heroic; with good proportions that are very comparable to miniatures in 40k and a lot of other game systems.

In the interest of clarity, I've taken a shot of some Anvil guys side by side with a few infantry models from other games. As you can see, the scale is pretty much what you'd want it to be for any 28mm game.

As I mentioned earlier, there aren't a lot of mound lines. Anvil's resin both looks and feels like plastic; with an ease of building that really does defy what you generally take for granted with resin. The parts come fitted with short pegs on the tops of the arms and a peg at the waist to help position the torso correctly. They go together easily, and I had no problems putting my 10 infantry together in an afternoon. All the parts are completely interchangeable and can be used with any other bits from both the new Trench Fighters and the Regiments kits.

Anvil do free delivery on all orders of £40 and over. This includes international orders. The flat rate of £2 for UK orders below that threshold or £4.50 for international orders is pretty reasonable too. As these Trench Fighters were a sample, I didn't go through the purchasing process this time, but it's pretty easy; with drop-down menus that take you through the hundreds of options on offer and package deals for full units and more. If you're tempted by any of these models, I'd recommend heading on over to Anvil and having a dig about as the chances are that you can build exactly what you want (I know from personal experience that if you like 40k, you'll happily find enough bits to make some really nice custom Steel Legion as well as dozens of other familiar regiments).

Anvil often also use slimline boxes for smaller orders; meaning that they fit through your letterbox with ease - leaving you with time go go out and buy all of those paints you're going to need when they arrive...

What I really love about these sets is that they let you tell your own story. Rather than being constrained by one look or feel, you can really go to town and create something unique. With all of the options on offer, you could quite happily make everything from an outer space boarding squad to a feral world warrior. The weapon arms are diverse too; giving you some great options as far as cool poses go. Rather than go on forever, I'd rather illustrate the point with a few miniatures that I built: 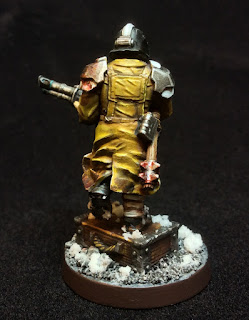 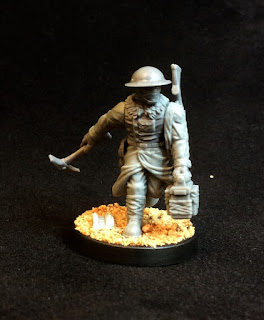 Not your thing? How about a WW1 style Brodie with a medic pack and pick axe? Just one example of the kind of thing you can make. 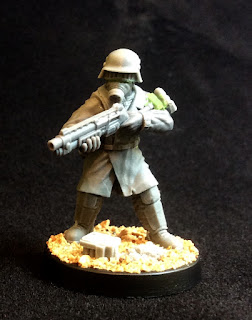 Or you could go wild with some trench irregulars bits and a nice shotgun. 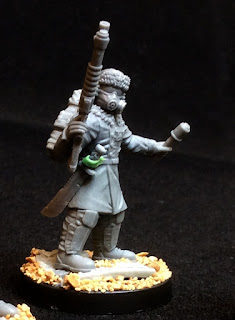 Stick bomb, machete and snow mask? The shorter coats are cool too as you get some nice leg armour  which makes them look a little more high tech. 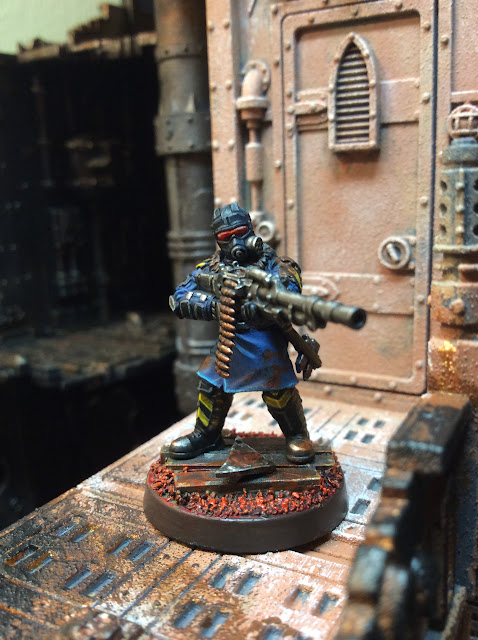 Plain gas masks are always a winner, and with a lot of weapon options to choose from to go with your chosen look there's no end of variety to be had.I painted this guy up in blue, as I wanted to show how different one unit of Trench Fighters can look from another.

I think the pictures speak for themselves. Both the quality of the models and the customer service from Anvil are great and well worth your attention. They really do offer something you don't see every day; the ability to design your own miniatures from the ground up, and with hundreds of options and an ever expanding range,  there's bound to be something for everyone.

I'll leave you with a few more pictures that I didn't fit into the body of the article and this link to Anvil for you all to check out: 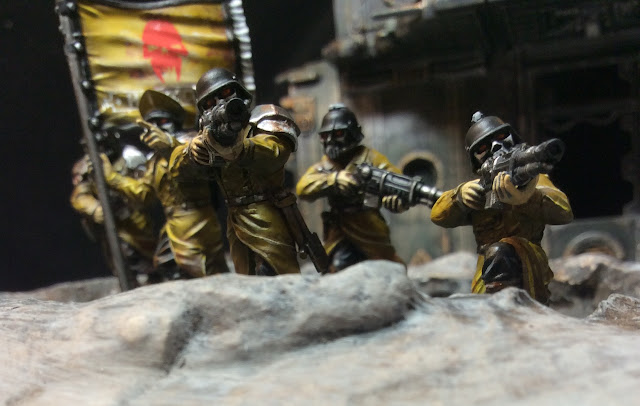 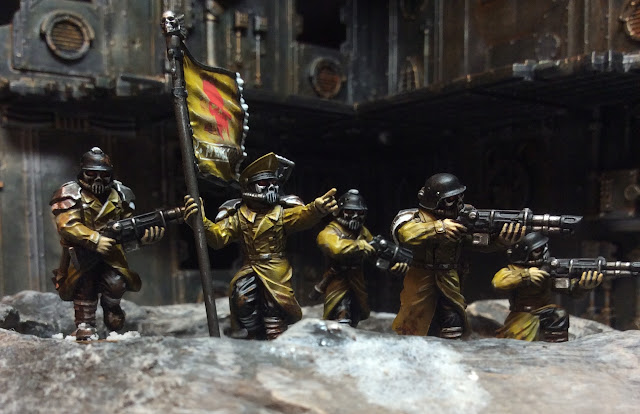 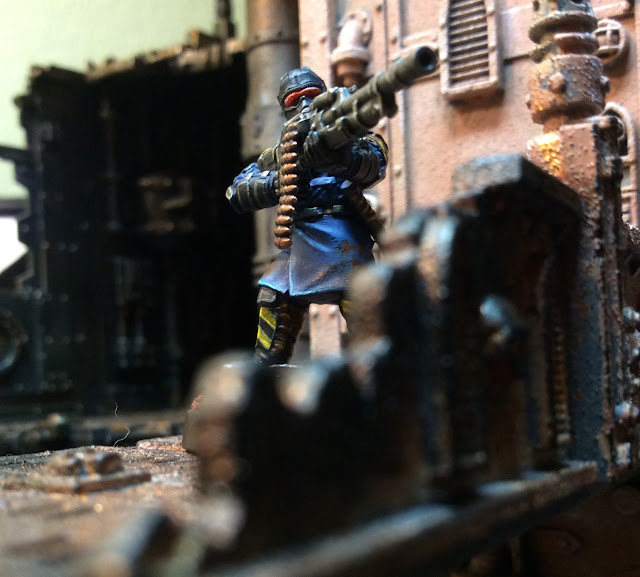 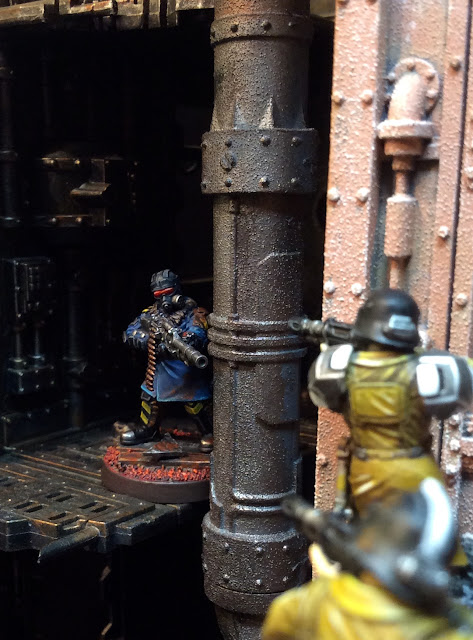