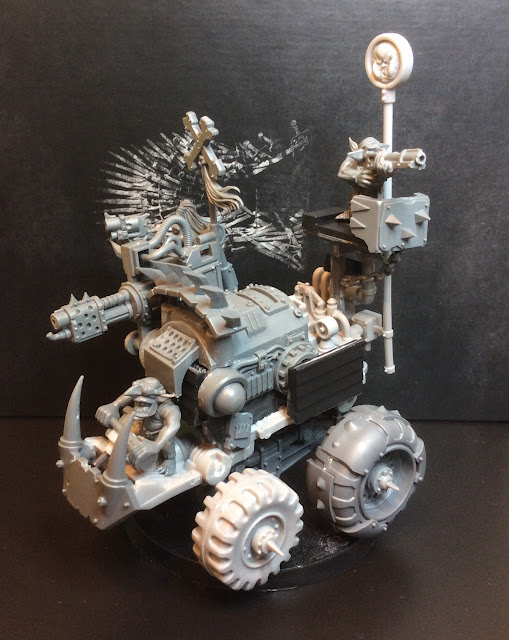 Work on the Grot Army continues at a good pace. This time I'm adding a unit of Skorchas to the mix. A unit light vehicles with a heavy flamer for just over 30 points a piece sounded good to me. Their biggest advantage is that the template weapons mitigate that terrible BS2. The other big advantage is that they're Fast Attack, so I don't have to worry about those straining Heavy Support choice slots for once.

Anyway, on to the models themselves. They're what I like to call Au Naturel, or in the common tongue what's known as "built out of crap". We're looking at a lot of various bits here. I had the wheels from my Battle-Wagon left over, which I combined with some spare Killa Kanz that I had going (Thank you Sanctus Reach box!). To that I added some odd Gorkamorka bits and voila! success.

I also decided to mount them on 60mm bases for gaming ease (and to keep my rampant building under control!) 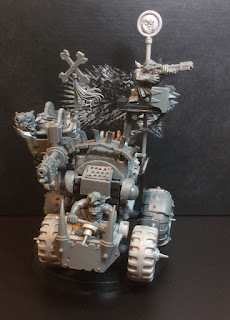 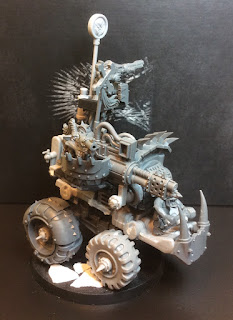 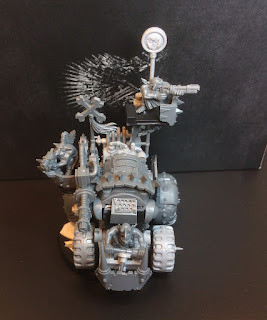 For the second one I used much the same process as the first, but this time going for a sort of trike looking thing. I also used a spare cockpit from an Ork Bommer to build the chassis. 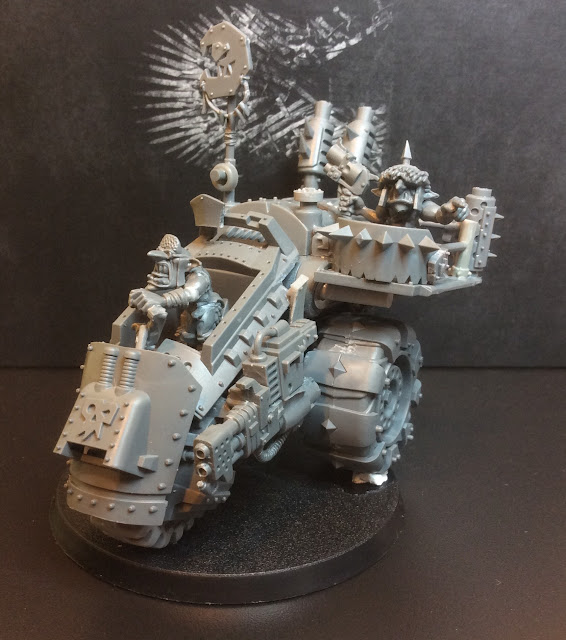 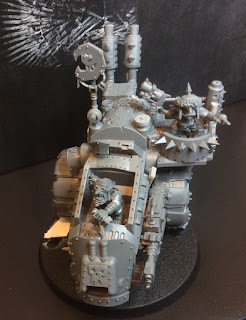 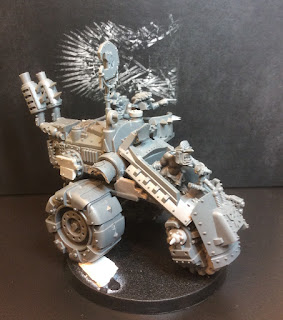 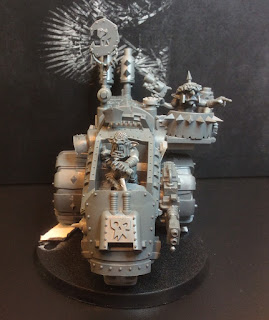 The third one is still a work in progress. I used a track unit from a Gorkamorka half-track and a lot of other bits to bring it together. It still needs a driver though and some more work. I also didn't have a base for it, so I'll have to hit eBay up at some point to rectify that! 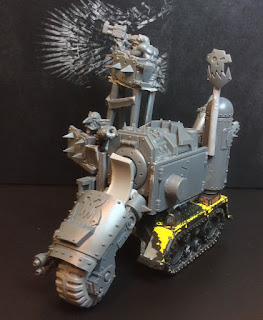 It's going to be fun to get these on the board with my Battle-Wagon. I can just imagine them whizzing about the place like it's Mad Max or something!

Here's a link to the Battle Wagon for those who missed it (or just want to experience that magic moment one more time...)