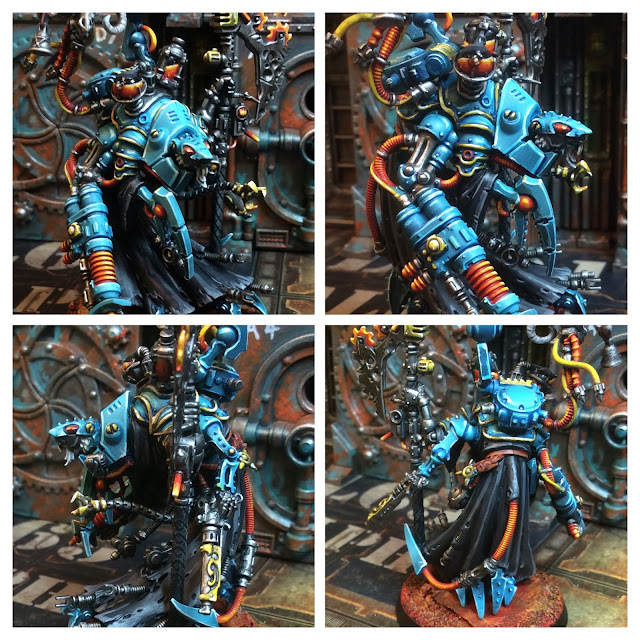 Well, that was a lot of work. I was really enjoying it till about the midway point and then it gradually felt harder and harder to continue. All of the detail was killing me!  It was a cool idea to base him around the Dominus model, but it was already encrusted with detail, and the conversions only added more!

He came out well though, and I'm really happy with the result. For those who were following my progress with Squaduary, he is the last model from my pledge, so he rounds the whole thing out. I'm planning to keep going though and add one further thing this month if I have the time to cram it in. It isn't necessarily a squad, and it is a bit of a whopper. I'll be posting about that tomorrow as I just finished the build.

Back to Ikit, I carried through the same colour scheme I had used on the Vanguard. I added a few more layers into the yellow though to give it a bit more flash. For the ordinary Skaven, it was just a few layers of various yellows. I added in a brown basecoat and white final highlight to the recipie to give it a bit more punch; mostly because it s a lot more prevalent on him and it needed to look good! 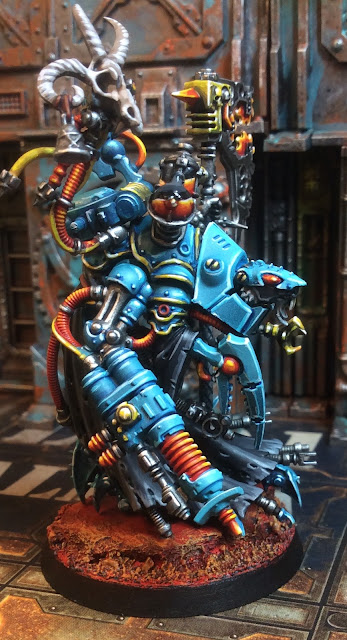 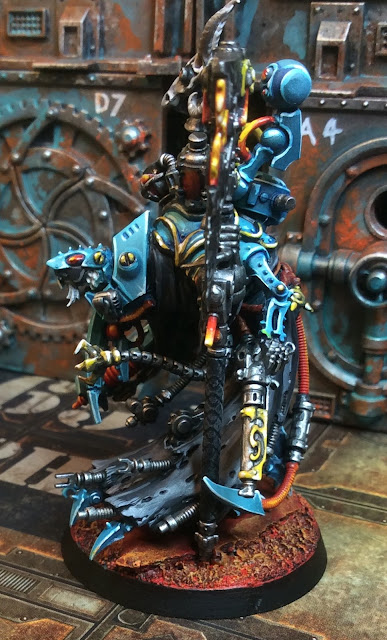 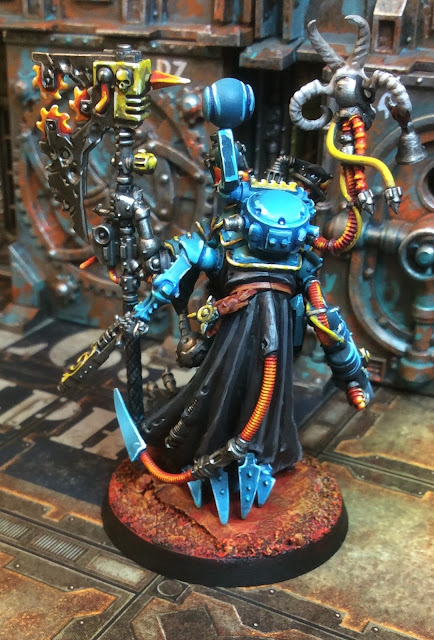 Well, that about rounds it out. Check back tomorrow to see the next 40k Skaven creation.