Well, I've had 2 weeks to work on my orange Necrons. Last week I finished the entire starter set, but this week was a bit slower. I did manage to finish off this Canoptek Spyder though. I really like the model and it's such an improvement over the old metal ones. 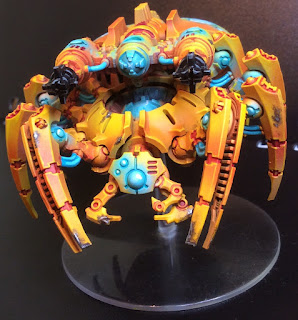 Paint-wise it was another piece of airbrush work with the detailing finished off with a regular brush. I'm happy with the way it came out, especially considering that it took less than 3 hours in total time, which for a model of this size I think is a pretty good turnaround.

The force is at about 500 points now fully painted with more warriors and scarabs on the way soon. Now all I need is a Ghost Ark or two to bulk out the force and perhaps some immortals after that...

On the subject of Necrons, I got my first game in with them against Ed's Skitarii on Friday. I took some pictures, so I'll probably do a little after action report on that at some point. I've added a picture from the game at the end of this post. 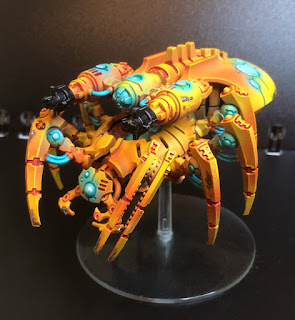 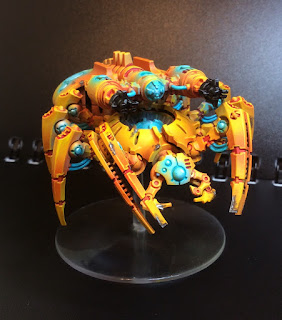 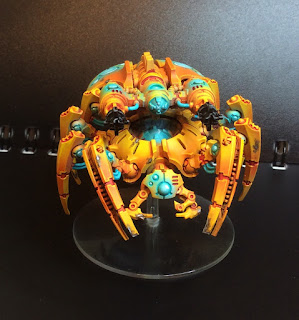 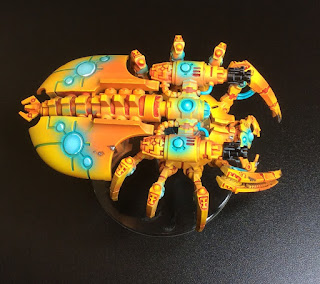 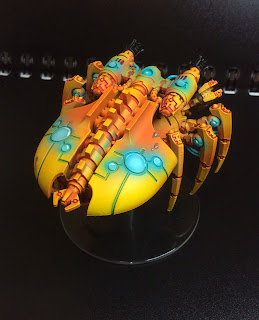 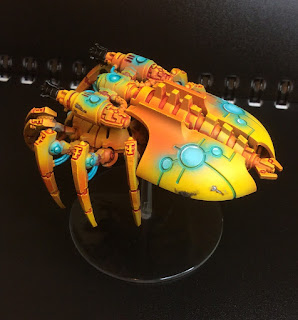 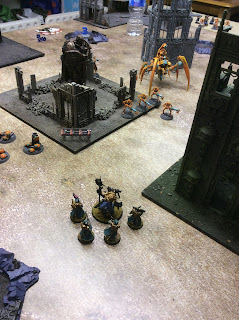