With the advent of Games Workshop's Betrayal at Calth box set, I like many others took the opportunity to start a 30k collection. After some time deliberating about which legion to play I chose Imperial Fists. I'm not ashamed to say that it was largely because I've never painted yellow seriously before, as it certainly wasn't for their winning personalities in all the books!

Anyway, so far I have a finished tactical squad and a Vindicator Laser Destroyer all ready to go (more on those later), but what the army really needed was an illustrious leader. I had a look in the book for inspiration and once I discovered you could put a Captain on a jetbike I knew what had to be done. I've never liked the forgeworld jetbikes for obvious reasons to do with them being rediculosly ugly, far too expensive, and way too phallic so those weren't an option.

For this conversion I used Samael - Master of the Ravenwing, combined with parts of some Phalanx Warders and a While Scars Helmet from the Forgeworld set. I still need to do some gap-fill and green stuff to mesh it all together, but we're getting there. 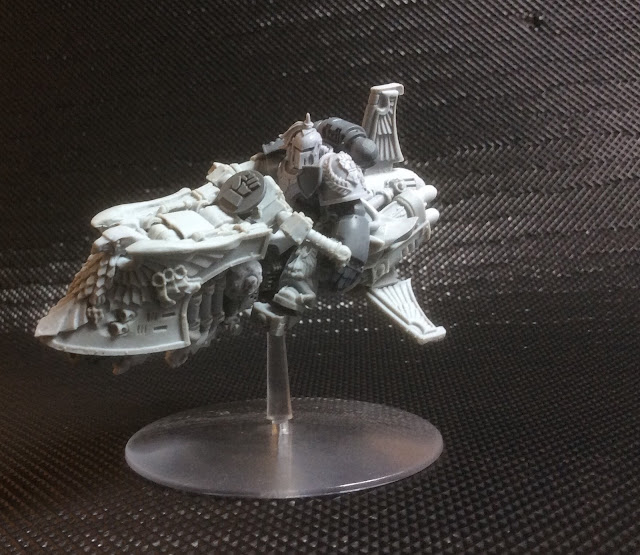