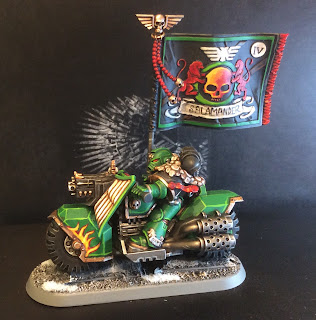 One of my more recent 40k armies is a fast attack oriented Salamanders force. I know it might not be the most characteristic thing from a background perspective, but a focus on high quality flamers and plenty of melta weaponry combined with manoeuvrability was a tempting thing. I also have a rule about new armies - they have to feel/play differently than something I already have. Being as I have a large mostly shooty Chaos Marine army (Emperor's Children), my loyalist force would have to be different - with plenty of units Chaos can't have. For that reason I chose fast attack - as I could have plenty of Land Speeders/Storms and really enjoy a different style of play.


Anyway, in this post I've got some pictures of my finished bike squad. I'm particularly happy with the banner that I salvaged from some Militarum Scions that weren't using it!


The bikes themselves are converted from the Dark Vengeance ones - you just can't beat the price compared to the real thing! 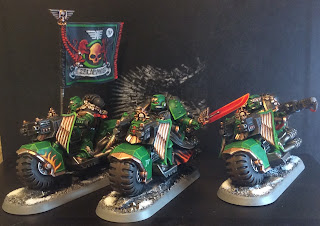 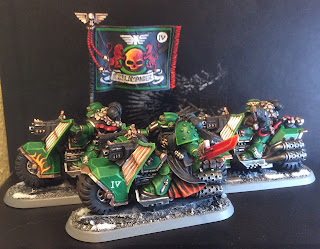 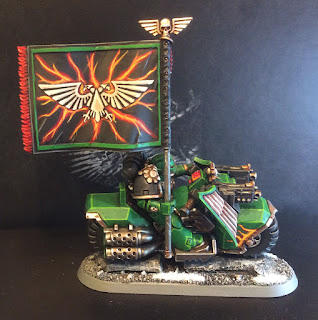 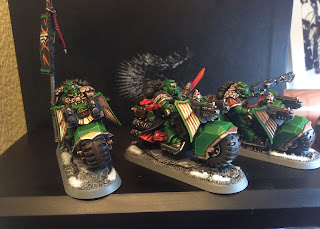