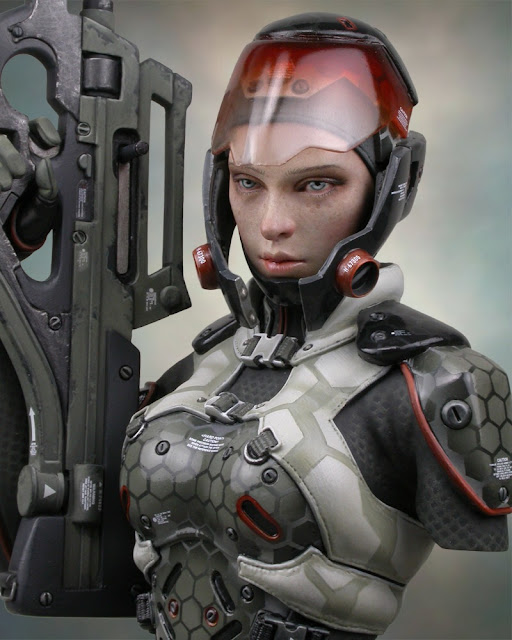 I think I need to get something off my chest and really get abreast of this issue. You see that picture up there, well it's one of the best paint jobs I've ever seen hands down, but get ready to be disappointed - it was a limited edition from some company called "Gigantic Miniatues" who only made 50 of them - and don't bother looking on e-bay either as I already did.

Unfortunately for my wallet, just seeing the picture was enough to light a fire in my hobby pants. After painting so many 28mm models I just had to get my hands wrapped around something bigger, so with that in mind I pushed the generous mounds of hobby crap off of my table and embarked on a new adventure to unknown lands.


I'm also blaming this new obsession on Angel Giraldez's Painting Miniatures from A-Z as it was the busts featured therein that first made me want to grab a bust of my very own (and led to several questionable bust related image searches that eventually ended in me finding this mini in the first place).

There was just one small problem with my plan - most busts are horrible!