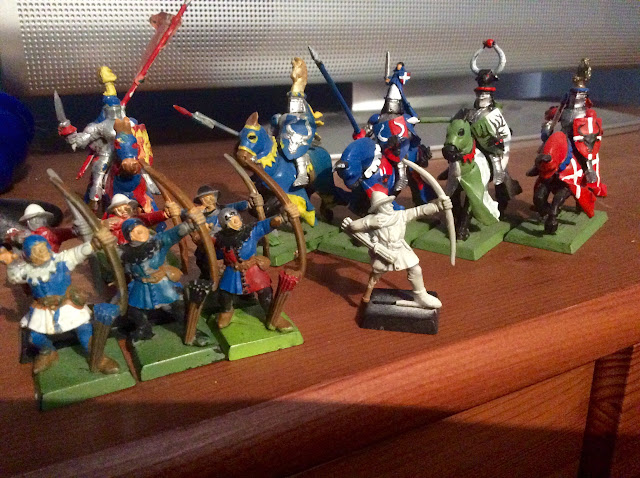 Did you hear the news? Bretonnia are about to be removed completely from Warhammer. When I heard I couldn't help but take a look back at some of my old models and at an army that will always have a special place in my heart.

They were some of the first models I ever had - perhaps the very first as I had the good fortune of coming into this hobby right at the start of the 5th edition. Together with my brother I got the box set for Christmas, and roughly 20 years later I can say that neither of us really ever looked back. At the time I played with the Lizardmen and my brother had just started collecting Dwarves (due to a birthday present mishap rather than design- as who actually likes dwarves). This left the Bretonnians as a third army - one we loved to fight. I've probably played several hundred battles against these models - they were there when I first learned how the "fear" rule worked, it was their remains that were found at the feet of my first Steggadon, they were the unappreciated masses and for that I salute them.

The proud men of Bretonnia were also a testing ground for both of us - their grey plastic was ravaged by dozens of coats of thick sloppy paint, and their armour shone with the light of only mythril silver. They were also suitably converted in line with their new finery. Look below for some fine examples of these luxurious pieces:


Finally, I can only look back with misty eyes now that they're almost gone. I was there from the beginning until the end and it's been one hell of a journey... Lance formation one last time just for me guys!

Well that was sad, anyone want to buy some fugly OOP models for way too much money? (That guy with the grail must be worth like £100 on eBay any day right?)