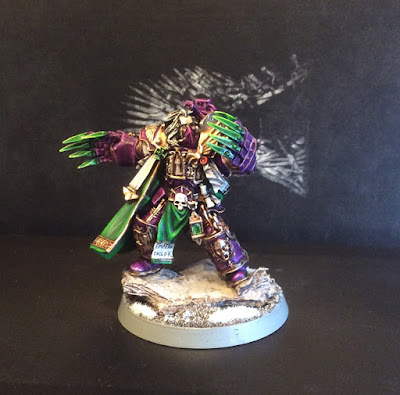 This one was a serious bit of conversion work. The body is Inquisitor Hector Rex, combined with Cataphractii Terminator Lightning Claws. I also did some greenstuff work to change around the symbols on his armour and replaced his entire left leg with a Forgeworld Phoenix Guard's leg. As always, other than the main body that I got directly from Forgeworld I bought all of the additional parts individually from e-bay bitz merchants.


I also used him as a bit of a test piece for my Emperor's Children colour scheme, which led to a big overhaul on the way I was painting them. I actually built this guy before Fulgrim was released, and to be honest I don't like the Fulgrim model much (It's the expression on his face - so not Fulgrimmy). Maybe it's just bravado, but I think this model is a lot nicer! 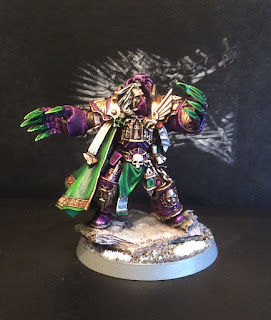 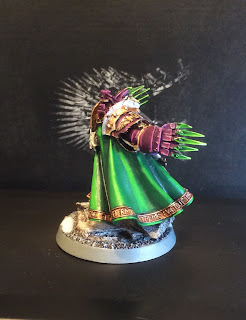 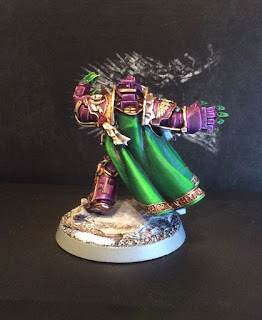