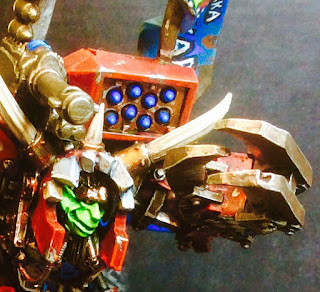 The 2nd edition legend returns and this time there will be blood!


When I first started working on my all grot army for 40k I had a epiphany of sorts. The army needed a leader, someone with pedigree and class. There could only be one contender - the only gretchin special character to ever exist - Makari. Back in 2nd edition he was Ghazghkull's banner bearer and his only power of note was a 2+ invulnerable save attributed to the favour of the gods, or perhaps just dumb luck. When the new model for Ghazkull was released Makari disappeared from the game and the background and into oblivion - except for a short piece of text that said that Ghazghkull sat on him and subsequently fed him to a squiggoth.


Clearly this wouldn't really be enough to kill the legendary Makari. In my version of the history he escaped death by fleeing in an old suit of Ghazghkull's Mega Armour. Through blind luck he rebuilt himself as more machine than greenskin and then began to lead a colossal Waaggh of grots against their oppressive Ork masters. Also he had become quite clearly insane after his transformation!


With these fanciful ideas in mind I bought the first model for my grots - an old metal 2nd edition Makari. I then did some fairly heavy conversion work to mash him into a suit of Ghazghkull's armour. For sheer comedy value he also had to be outrageously big, so I added more armaments to the already bulging suit of armour and finally a scenic base to make him even taller!


After a few coats of paint the mighty Mekka Makari was finally finished and ready to bring the a
gaming world to it's knees. 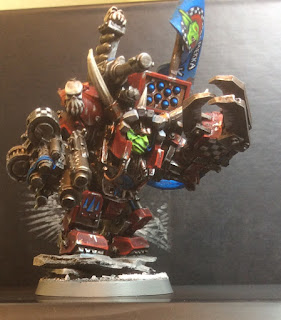 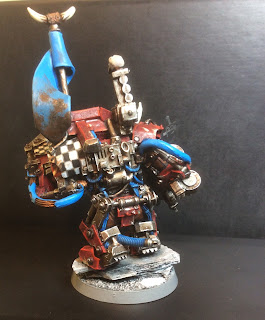 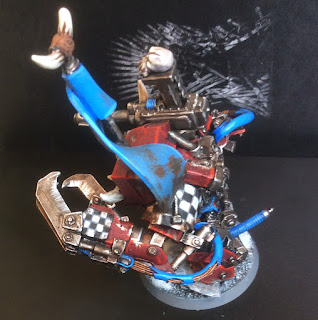 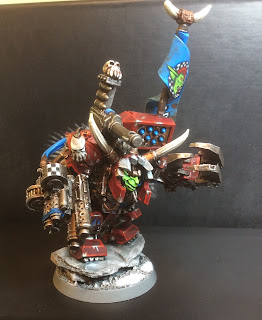