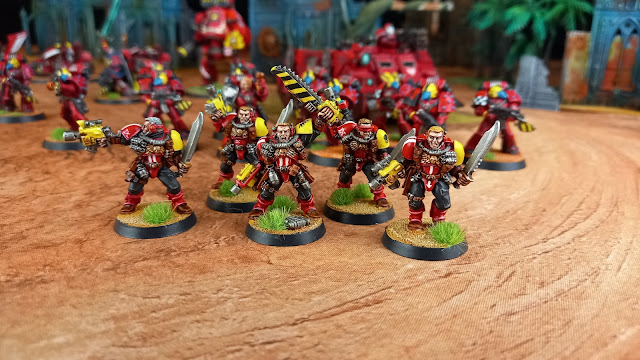 Everybody loves scouts, they're classc. I'm happy they recently jumped ship into heresy. I think that the new primaris ranges basically ate their lunch in 40k and they had no other option, but that doesn't matter as here they are! 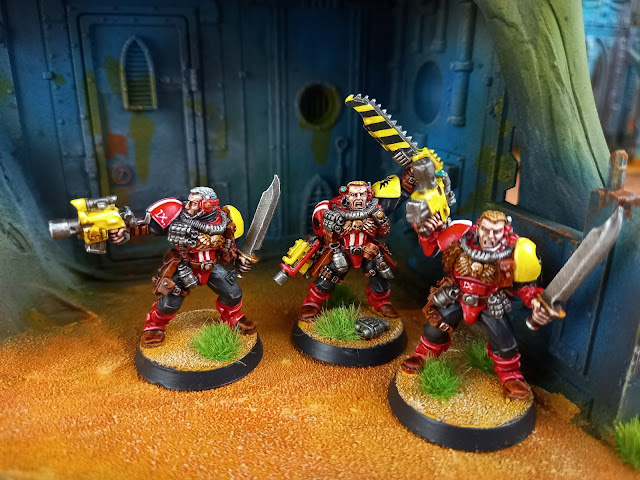 Part of the reason I sound so ecstatic is that my Heresy Blood Angels force are second edition themed, and this was a chance to get some real bona-fide 90s metal right up in the troops department. It's possible the other reason I'm so ecstatic is lead poisoning from handling their heavy asses, but we won't worry about that. 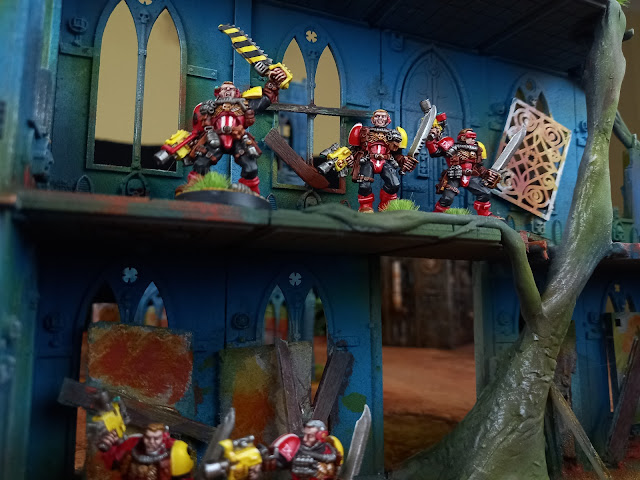 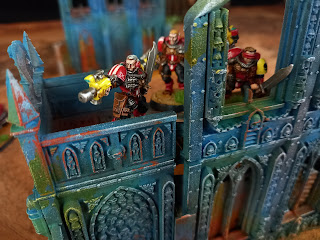 Plenty of photos here. I have little else to say about the work on them as they're pretty much painted up to match the army. I do rate the metal sculpts a lot higher than the plastic ones for quality and character. They're cheap as hell on eBay right now too, so if you're playing heresy I'd pick some up. 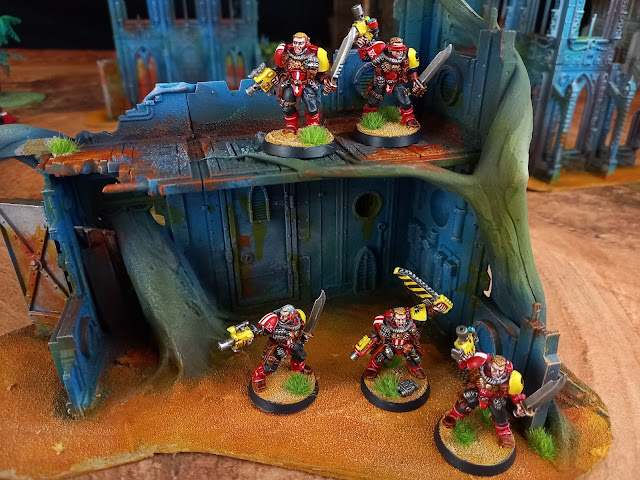 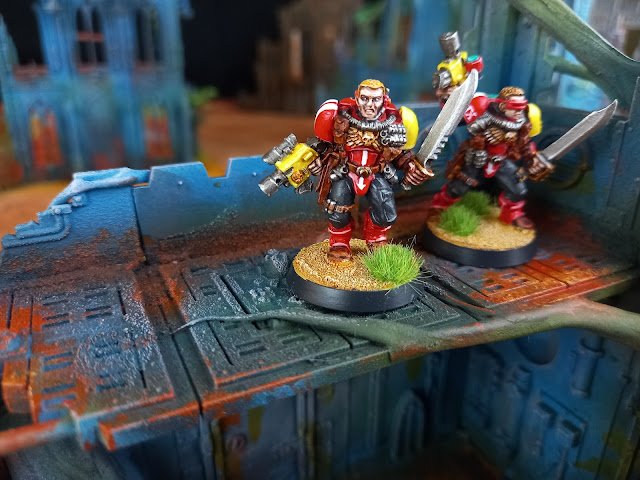 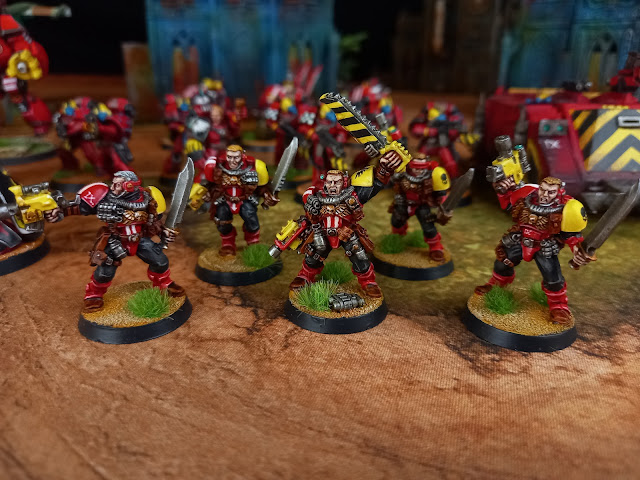 The final picture below is from a game. I'm running them with swords and pistols like the models, but taking melta bombs and using them to try to dunk some tanks! So far I've only used them once, but they managed 3 wounds on a Deredeo, so not a bad attempt. 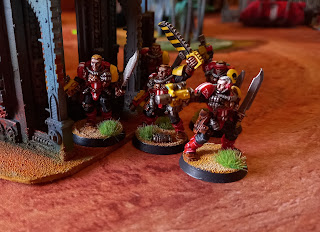