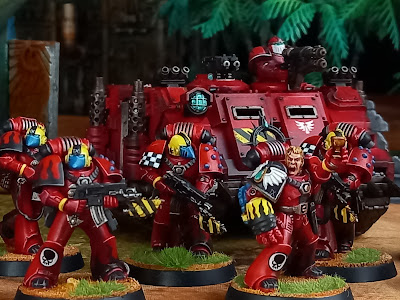 Once again, I'm back after a seemingly long hiatus. What you won't know is that I've been busy behind the scenes working on a batch of heresy era Blood Angels!

When the new box set dropped a month or two ago, it really peeked my interest- I've always liked Heresy, but I wasn't sure if I wanted to go all in on the "big box" - handily it was easy enough to get a hold of 2 Tactical squads and a Praetor new on sprue on eBay for just under £50 - a sort of Start Collecting set of my own devising. Needless to say, once I'd started, the collection grew and I've now painted 1150 points of stuff! (Army photos later...)

With it all building up around me, I figured I should take some photos, so here is the first Tactical squad with their Deimos Rhino in the background. I will take separate photos of the Rhinos later. 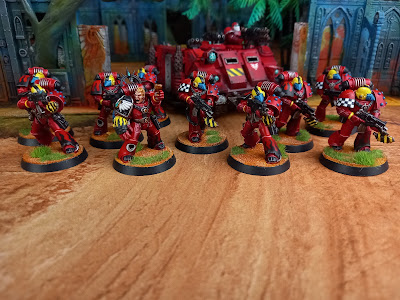 You'll notice the colour scheme is a bit unique. When they said "Horus Heresy 2nd Edition", I just heard 2nd Edition - and hit the old 90s books for inspiration. I've never been a fan of Blood Angels and their famous gold nipple armour - the ones I loved were the bright orange, blue and yellow space vampires of my childhood, and I've tried to capture that sort of feel. The helmets are Rogue Trader inspired with their stripes. 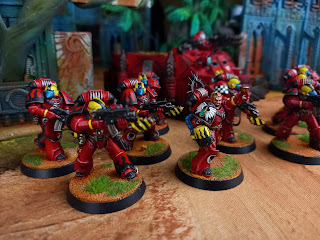 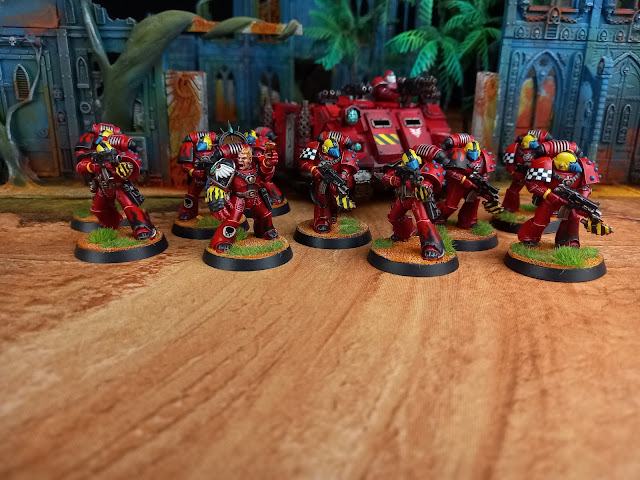 I did go berserk with the freehand. Each man has a striped helmet and 2 panels of either cheques or black flames that I painstakingly added by hand. They all also have numerals on their helmets on the centre stripe with the legion number as well as hazard striped saw blades. Luckily old fantasy equipped me with the powers of batch painting to see me through! 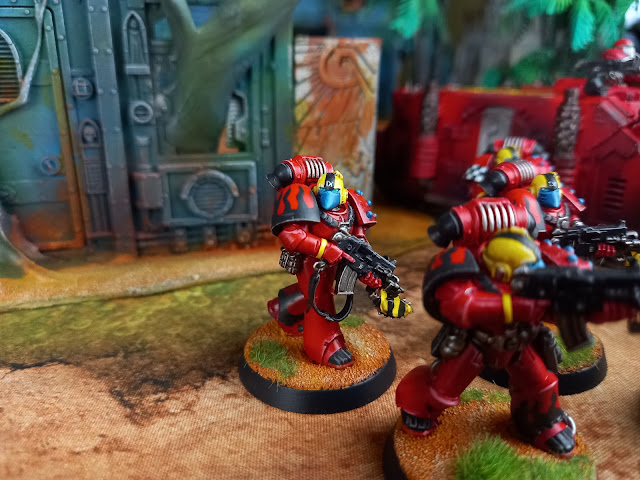 My background for the colour variant is that they are a post Heresy force that has adapted a different scheme of helmets to make it less obvious for their marine opponents what their battlefield roles are, and to stop them from being able to assassinate their leaders - something like that. 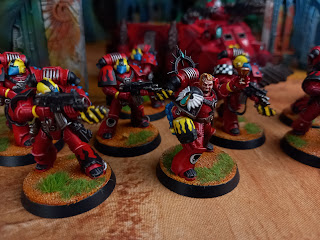