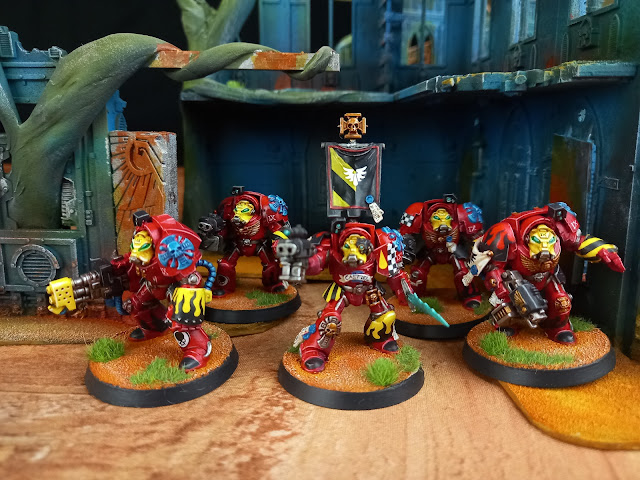 Another unit for the heresy/2nd edition inspired Blood Angels today - Indomitus Terminators. I'd actually had the Terminators sitting around in bits for years - part of a starter set I never got around to doing anything with. Handily, they're usable in heresy, and look very nostalgic painted up in their 90s colours. 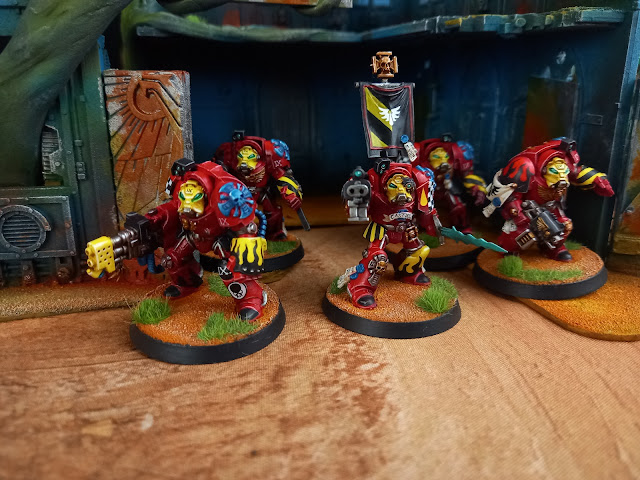 One thing I learned from painting these is that painting hazard stripes on rounded power fists is hard to get right. Other than that, I continued the same scheme as the Marines, but I did adjust a few things - like moving the blue to the crux terminatus on their shoulders and going full yellow on the helms.
They were actually quite a quick unit to paint in the end. There are a lot of flat panels on them which took to the freehand well. 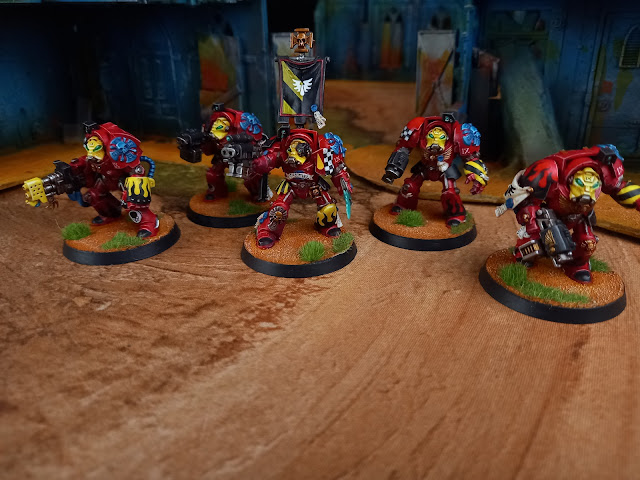 They give me a lot of old Space Hulk vibes too which is nice. For my army's aesthetic, they actually match better than some of the heresy patterns, but maybe I'll add some at some point. 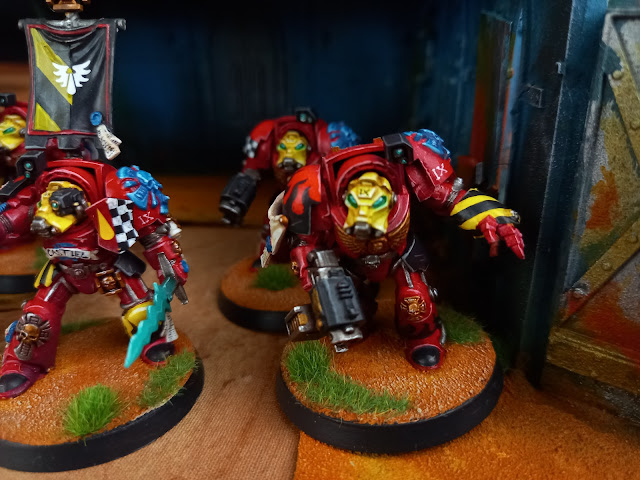 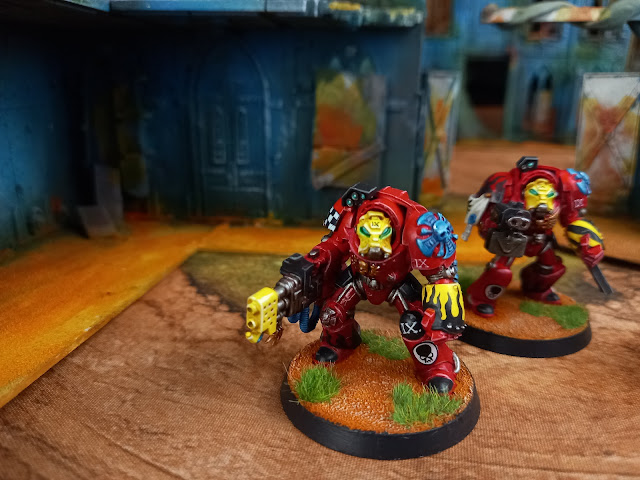 A preview of o e of the army photos now that I've shown a couple of units: 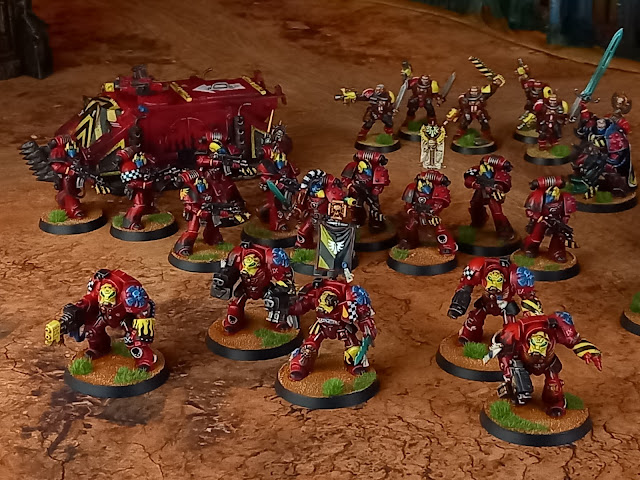 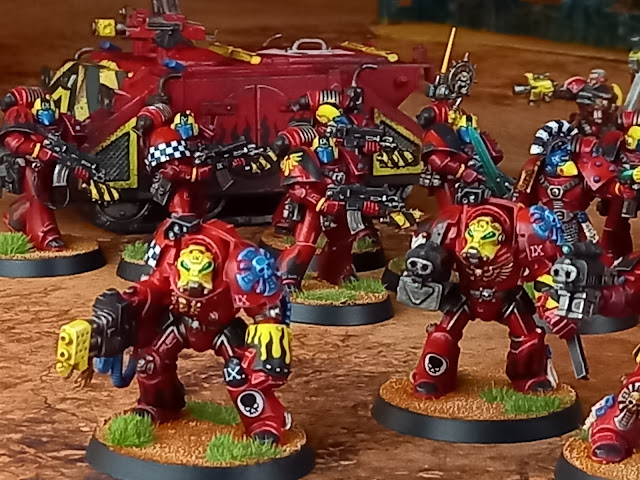 A shot of them in combat facing down a Night Lords assault squad. 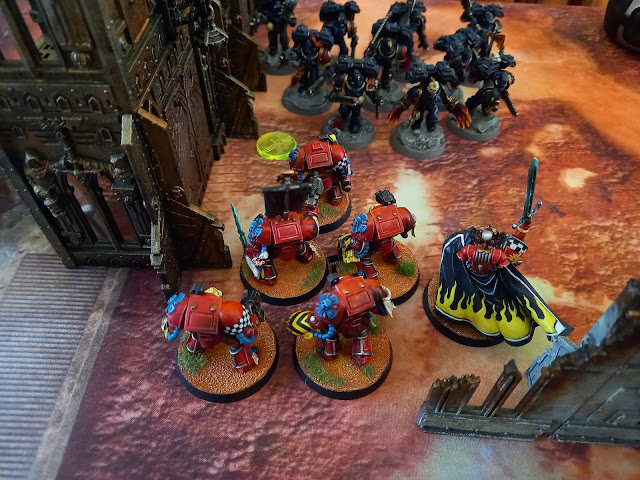