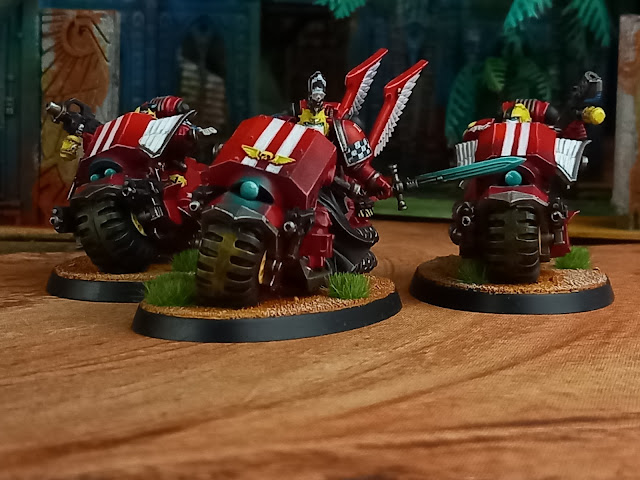 I've always liked space marine bikes - the only problem with heresy bikes is that at the moment the only option is to buy them at the extortionate prices that forgeworld are charging (currently a little over £20 a piece). I was never going to pay that when I had a set of old ravenwing bikes just waiting for a new marine project. 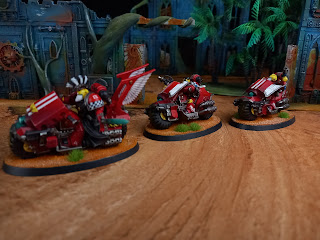 The problem I had was that they weren't really heresy, so I did a bit of conversion work for both the bikes and the riders to rebuild both the front and back of the bikes and then move the bolter to the side like the official outriders. I'm sticking with Mk6 armour for the Marines, so went with with corvus helms again. 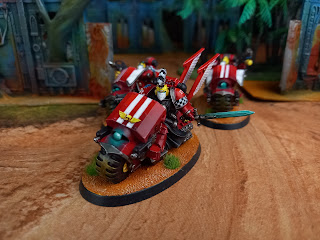 Unfortunately, their rules are pretty bad right now- this unit comes out at around 100 points, but in the current edition of heresy bikes have no more protection than ordinary men (no additional wounds or toughness). If you run you get shrouded, but it's not a whole lot of protection. Worse of all, they seem to be unable to take melta bombs now which ends the time honoured tradition of dunking tank rear armour. Talk about tactically limiting! 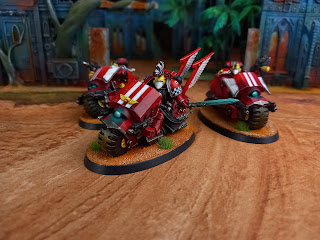 That said, I do intend to build a few more to see if I can make something of them yet! 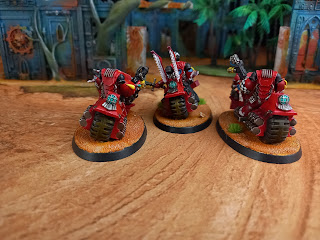 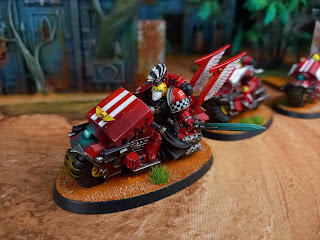 That about rounds out the look at these guys. I think it may be time for some army photos now. I have some individual shots of thee Rhinos, but will probably post them later on. 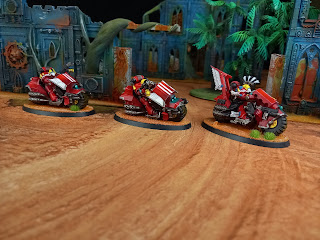