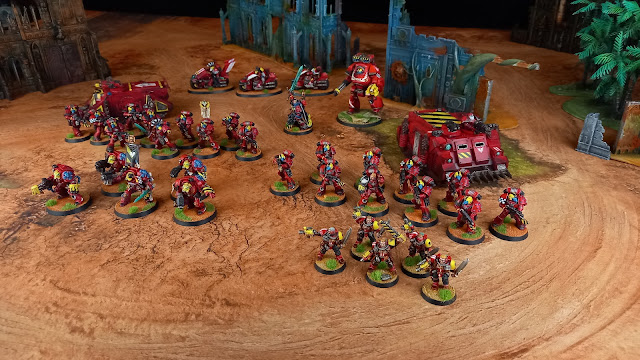 After a week or so of posting photos of everything individually, it's finally time to unveil the army photos. In the week since these were shot, the force has actually grown with a unit of 10 assault Marines completed. 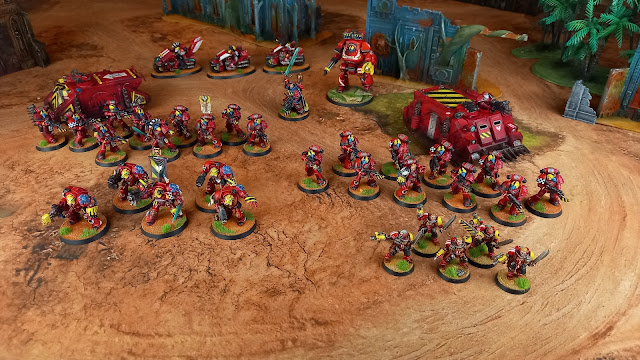 I first put paint to model for this force on 22/06/22 following the release of the new edition of the Horus Heresy game. It's now 10/08, so that puts this at about 6 weeks ish of progress. As I've said there are another 10 finished models now that aren't pictured, so the total miniatures painted is 47, which is pretty good. The pictured force is about 1150 points, and now the completed total is 1350. A good start and there are plenty of troops for a nice solid core. 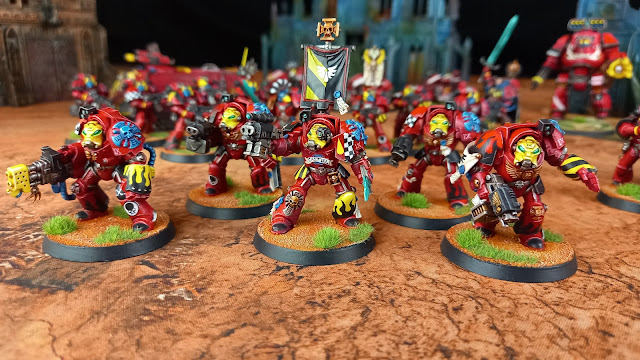 I've said it before, but returning to old fantasy changed the way I paint hugely and upped my output of quality models massively. Fantasy uses 20 man units most of thr time, so I had to master batch painting to get an army together at all, which was what made all the difference. 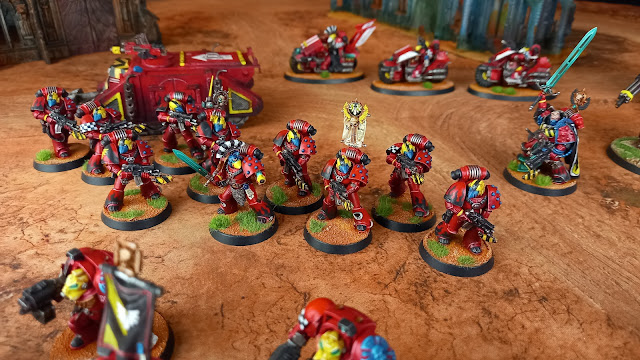 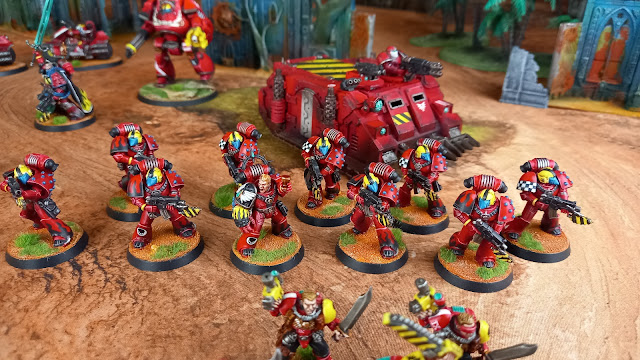 I'm happy with the old school look of these guys that was heavily inspired by rogue trader and second edition. I even managed to sneak the old metal scouts and ancient rhino in there. Taking inspiration from older versions of warhammer really makes quite a lot of sense stylistically as well as there are a large number of heresy units that draw inspiration from older models for the look of things like guns, helmets, armour marks and even tanks. 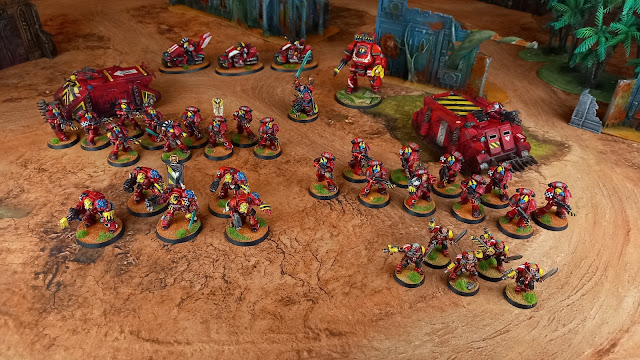 That about rounds it out - the photos probably get a bit repetitive as I dumped the lot on here. More future posts at some point when I can be bothered to get the camera, lights, scenery and models out... so could be a long time. 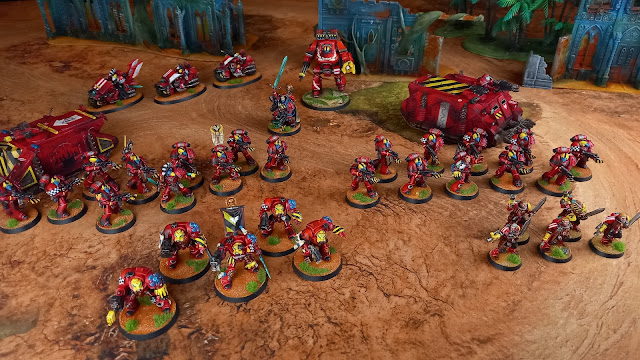 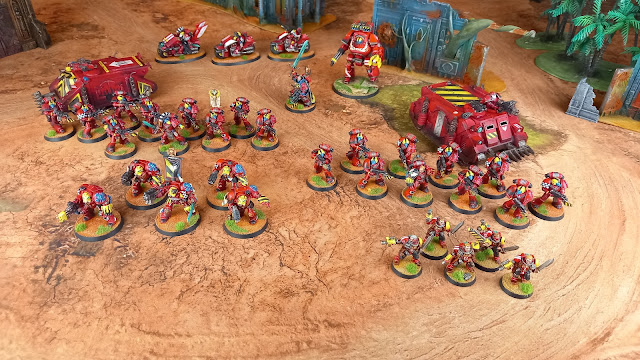