More photos - this time of my second completed 10 man Tactical squad. They also have a Rhino, but this time it's an old 2nd edition one! A classic model! 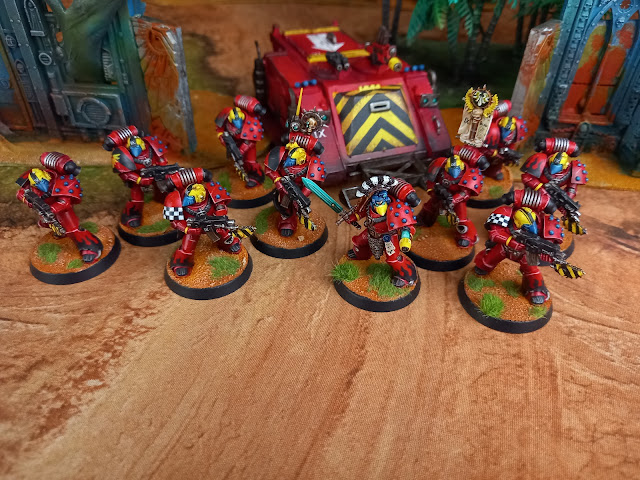 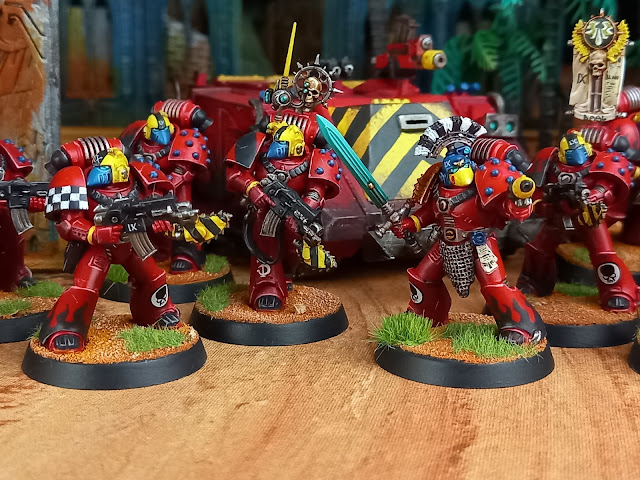 If you've been around Warhammer, you'll recognise how many of the Heresy weapons and different looks were inspired by the older models in the range. The new Deimos Rhino is a good example as it's basically a rehash of the Rhino from the early 90s. Equally, a lot of the heavy weapons are variously different variants based on old models.
As I was looking to capture an older Rogue Trader/2nd edition look with the force, I've tried to sneak in a few classic models where I can. 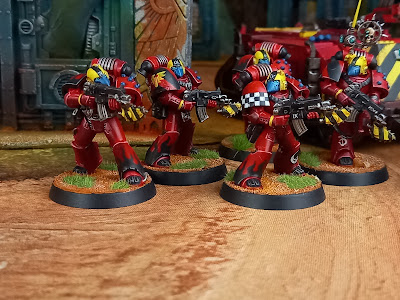 The Tactical squad themselves use the new mark VI Marines pretty stock. I'm consciously trying to let the paintwork speak for them, so I've kept conversion to a minimum. I think in this squad the only additional item is the chainmail loincloth on the sergeant. 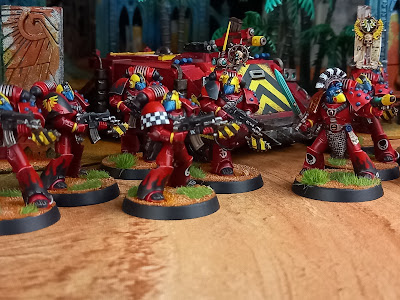 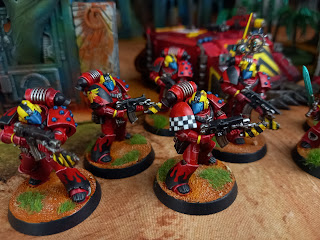 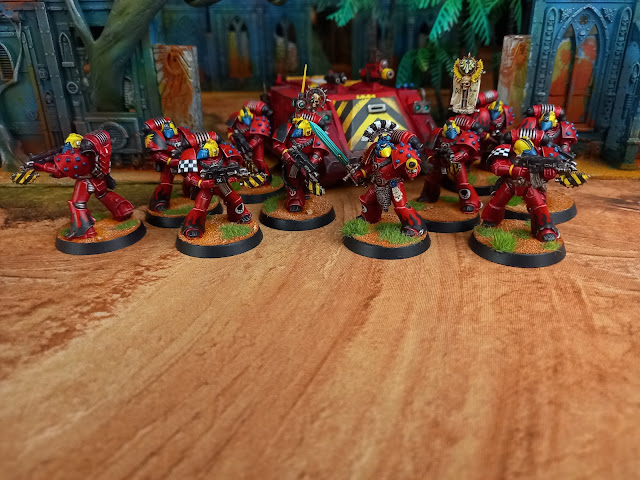 In addition to looking nice, I've found basic Tactical Marines to perform rather well on the field! 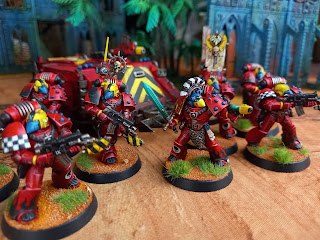 If you like these guys, come back for more later when I'll be showing more of the finished force!