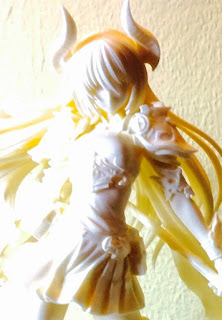 At a bit of a loss at what to do next, I've changed projects completely. After spending a few weeks in Japan this year, I picked up this anime figure as a side project. The last time I went, I tried out Gunpla        (Which is Gundam Figures to most people - it turns out they're rather interestingly made, but maybe that's a post for another time). This time I have a rather interesting Demon girl to make. She's 100% resin, which should be familiar to most people in these parts.

The fun of a project like this is that it not only gives me a break from Warhammer and army construction concerns (like that pile of infantry that everyone has somewhere they still need to paint), but also gives me a chance to try out some weird and outlandish painting techniques, which in the long run will probably improve my hobby skills.

I've started taking on a lot of odd projects over the last few years, they normally end up leading to an improvement of some type. I think the real change was how I see myself. In the past I always thought "I'm a Warhammer player" but for a year or 2 now I think of myself more as a miniature artist - maybe it's just that I spend so much more time painting than playing; or some kind of delirium brought on by proximity to so much plastic. 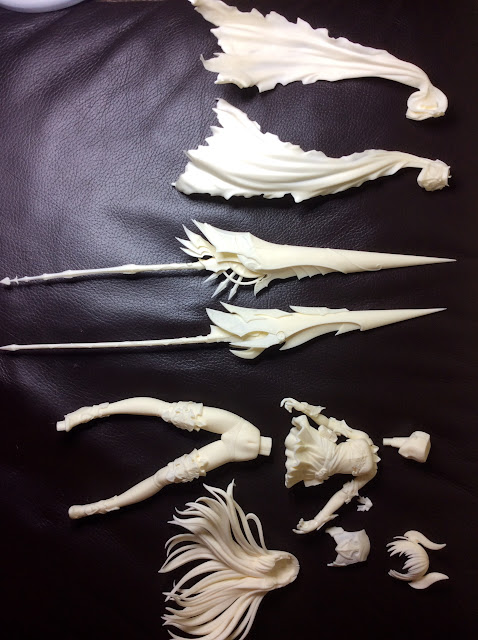 After several hours of building, I'd finally built her to the stage of having several large airbrush-able bits rather than several dozen resin pieces. Interestingly her resin is almost nothing like the stuff you get in the west - it feels a lot more like plastic and is considerably lighter in both weight and colour. I don't think it would take the level of detail needed for tiny marines (she is rather large as you'll see in the size comparison with a daemonette below). 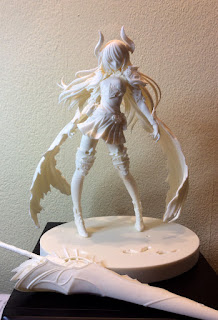 The parts hang together quite well themselves, which is lucky for test fitting. 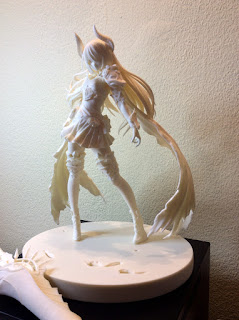 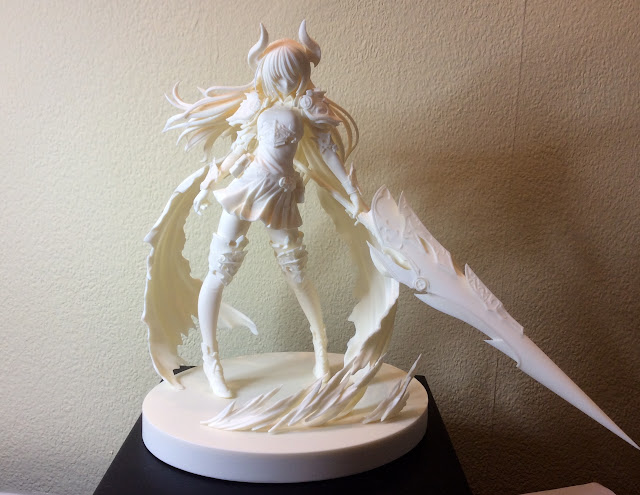 That's one big weapon! She has a pair too, so I'll have my work cut out for me. 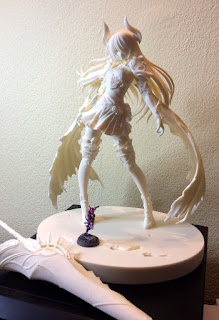 With something this large a big challenge is always getting some interest into the big-ass panels. A base coat and edge highlight doesn't really cut it anymore when you're about a foot tall!

I'll post about her later. I've already done a bit of heat bending to get the parts in shape and some gap fill, so I should be painting her next time.