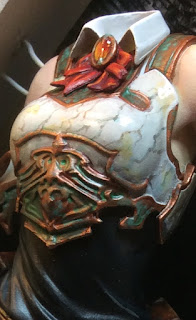 Well, it was a bit of a slog, but I've just finished the first pieces - namely the torso legs and head. One of the reasons I took this project on was to give my painting muscles a bit of a stretch, and I'd say they're now suitably sore!

The good news is that so far everything seems to have gone really well. One technique that you don't usually see used on Warhammer, but that I've used a lot on this model is Stippling. Essentially it is just jabbing your brush at the mini (but with finesse) to build up a series of circular marks. It builds great texture and is good for weathering.

On this piece, I used a bit of light stippling on the marble as a first coat to build up a bit of colour difference and make it look more natural; before painstakingly adding the veins by hand with a series of glazes. I also stippled on some of the verdigris to get that blotchy aged look. 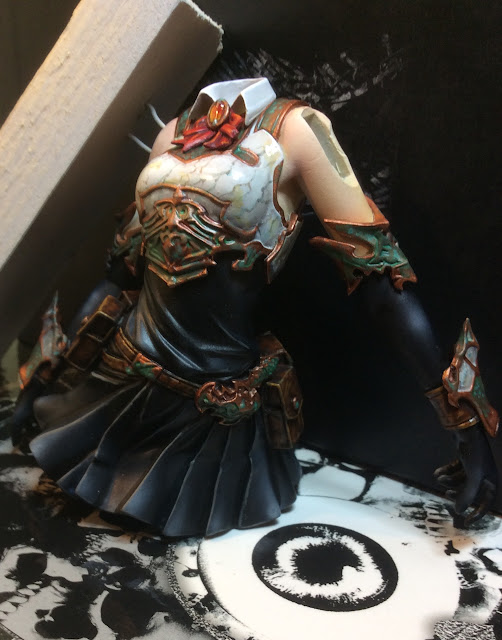 As if that wasn't enough for that technique, I used a real messy stippling of different Browns to build some interest into the belt.


Everything else was painted with an airbrush and brush technique. 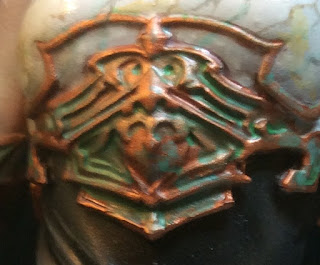 The verdigris was surprisingly easy. I painted the brass with Brass Scorpion (one of the best paints ever hands down). I then gave it a wash with Rhinox Hide, before washing a mix of Vallejo Blue Green, Olive Green and White over the appropriate areas. Once that was dry, I added more white to the mix and started washing some into the recesses again and stippling small dots to get a corroded finish. I did one more coat, just adding little dots and finally a wash of Caliban Green into the deepest recesses to get the tone back where I wanted it. It sounds like a lot of steps, but it was all washes and stippling, so the basecoat was by far the most difficult bit (although it took some artistic eye type stuff to pull it off). 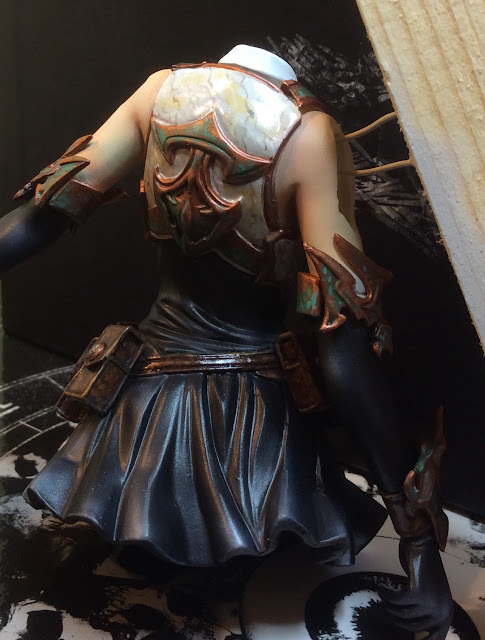 I also did the back. It's a shame her hair will be covering a lot of this. The cool thing about this shot is that you can see the highlights I did with the airbrush on the back of her elbows. 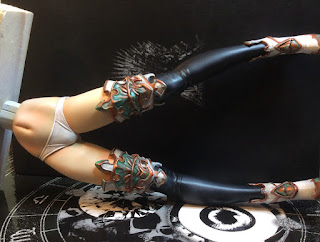 I also finished her legs with the same verdigris. Next up is her hair and base and then I can finally glue what I have together - I just hope she'll be worth the effort. 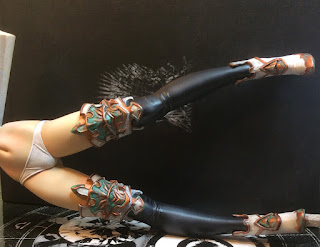