I've been hard at work again. This time I've been painting up some Forgeworld Kakophoni to use in my unit of Noise Marines. The unit is comprised of 5 Kakophoni built straight as they come from Forgeworld (as why mess with perfection) and 5 converted marines built using resin sonic weapons and some other parts from my bitz box. 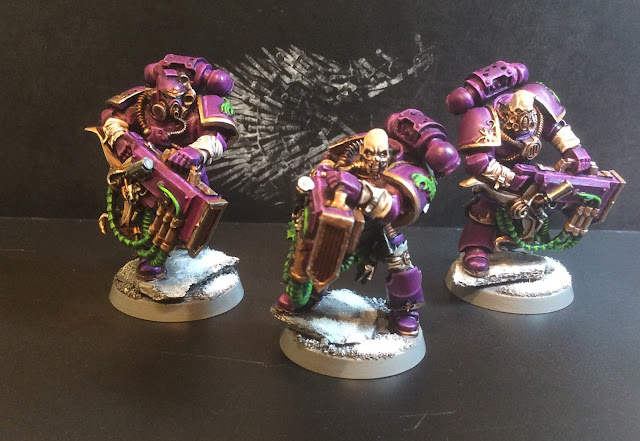 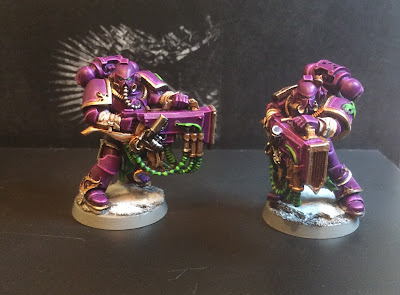 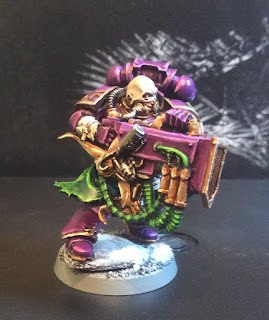 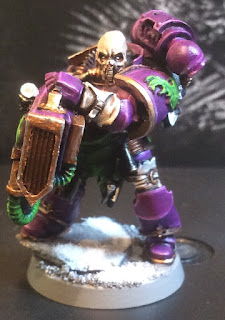 Every unit needs a few Blastmasters (and if you don't field Chaos, no I didn't just make that word up, or make a confusing reference to Mad Max Beyond the Thunderdome). At S8 AP3 ignores cover, pinning, blast, they're one hell of a heavy weapon. The only downside is that the unit costs an astronomical number of points, but the firepower is immense. It's hilarious to watch a horde of 30 Hormagaunts disintegrate in a single turn of fire. The only downside is that opponents tend to remember what happened and don't make the same mistake twice!


I also did a champion with a power sword and Doom Siren, because what the hell, there's no point in holding back now.


Tactically they combine well with a Sorcerer as there is a nice Slaanesh Psychic Power that adds 1 to the strength of noise weapons against a chosen unit - turning those Sonic Blasters into a veritable wall of Heavy Bolters. A Chaos Lord with the mark of Slaanesh is an equally good option as he makes them a troops choice! 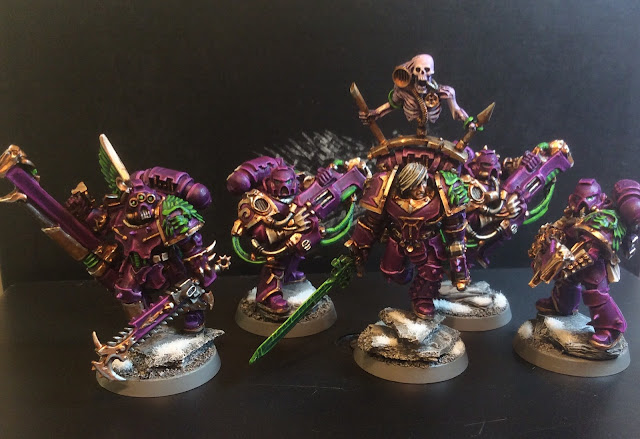