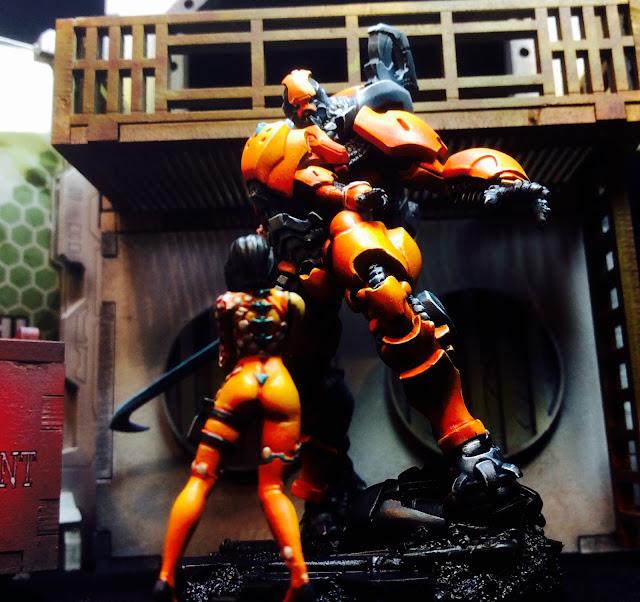 This might be my finest work yet. Occasionally, when painting a miniature I have a jump forward in technique. This time, it came when I was painting the grey NMM steel on this Guijia (don't ask me how you pronounce that). Handily, I took a few pictures during the process, so I should be able to talk a bit more about it later. 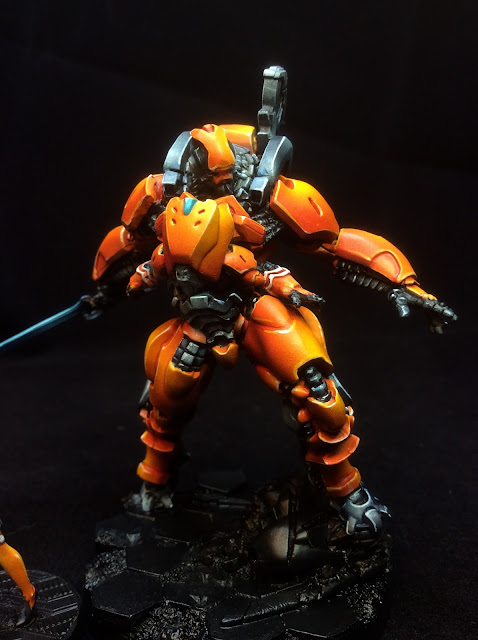 One of the things that I really progressed in was actually not what you'd expect. Oddly, I improved my technique when masking the model, which in turn allowed me to go further with the airbrush and push the application to 3 separate blended colors - namely, the orange armour, steel, and blue sword. I still haven't finished the base, but I was so excited that I couldn't wait to take a few pictures. 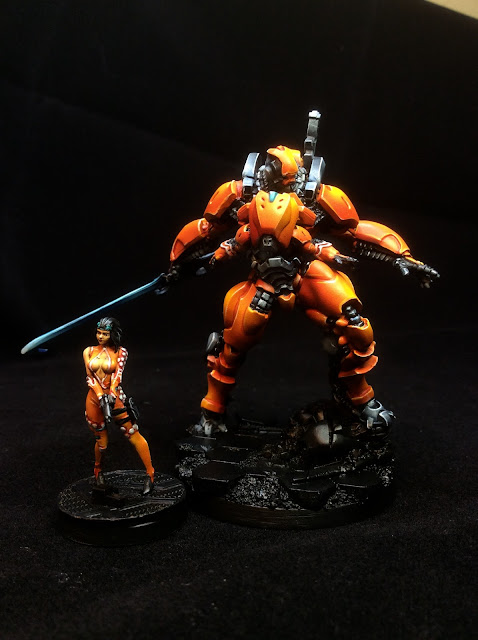 The pilot is cool too. I'm not sure how often I'll actually get to see her in the game, but I like the mini. She reminds me of Evangellion or something. I struggled a bit with her face though. I might have to go back and make some corrections to her later. Faces can still feel a bit like a gamble; you never quite now how it'll turn out! 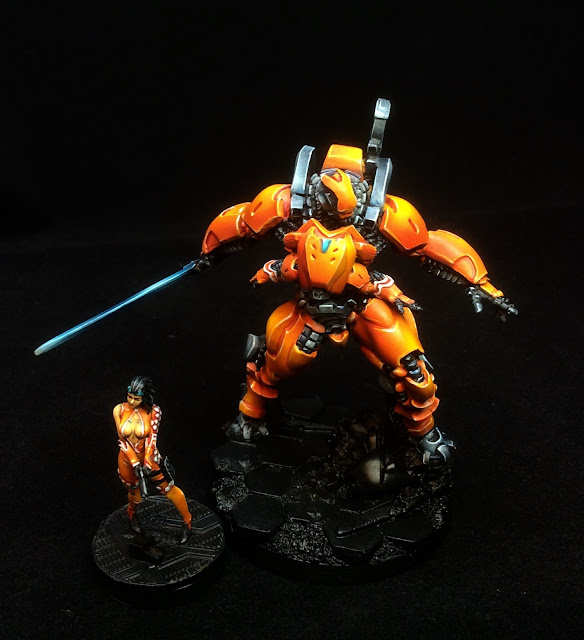 The orange is even more saturated this time too, thanks to an additional shade of red that I added to make it pop even more. I love the design on this thing too. It really screams Gundam, which is always a good thing in a sci-if robot. 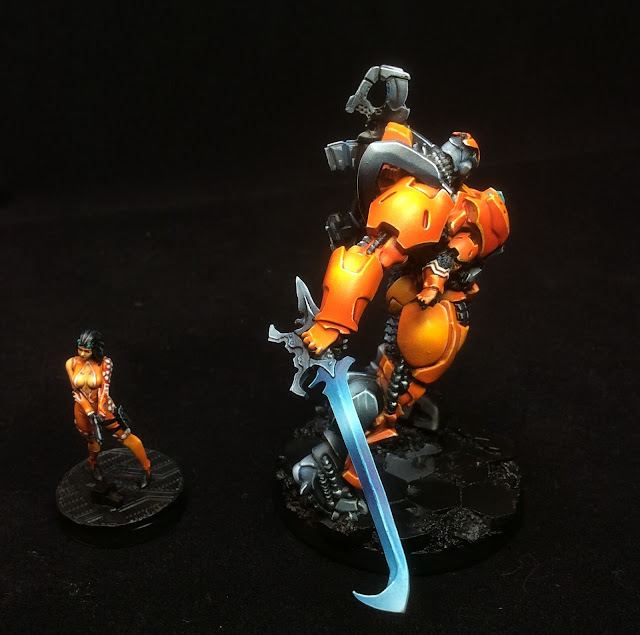 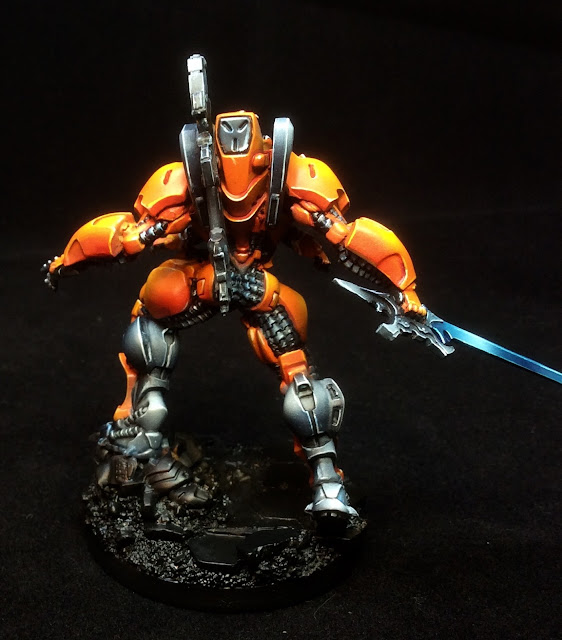 I was particularly happy with the calf parts as the gave me a nice big space to work up the NMM. The surprising part about this thing is  that even now, I've probably only spent 5 hours on it over one weekend, which for the quality of the job is pretty damn good. Unfortunately, my speed  is also sort of a curse, as I lack the patience when it comes to actual competitions. I guess I'll live with it, as the trade-off is having a lot of really nice minis! 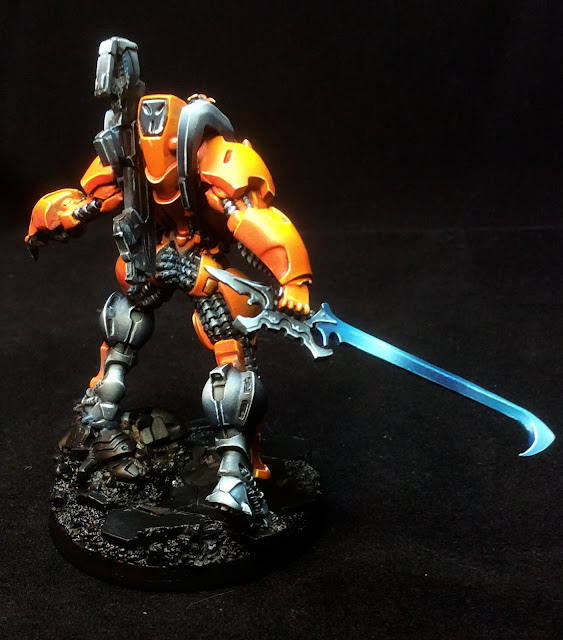 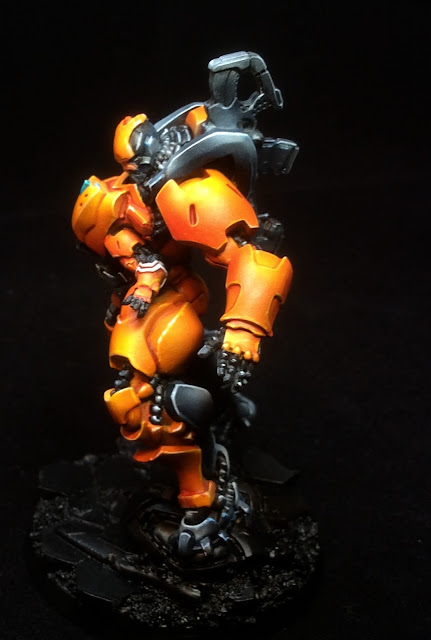 The other side. I didn't want to put too many layers into the airbrush for the steel looking NMM as I wasn't sure how it would turn out. I might layer the highlights more next time I use this technique to push the contrast. 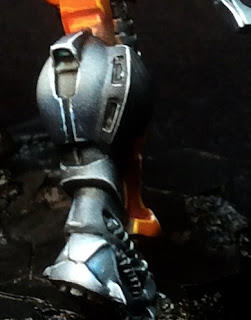 Like I said earlier, I'll post more about the painting techniques later. For now, I'm just gonna take a break; painting this intensely sure is tiring! 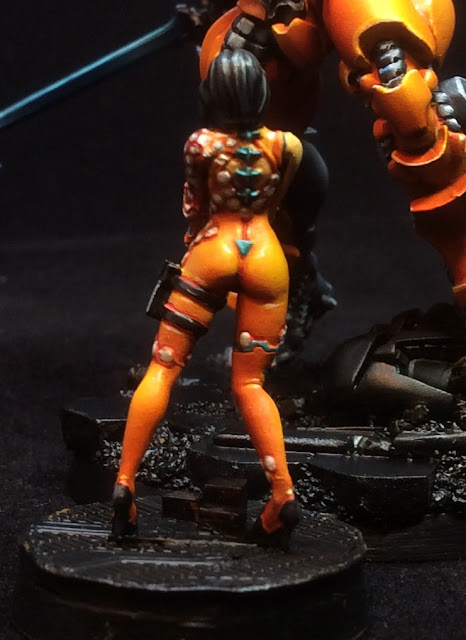