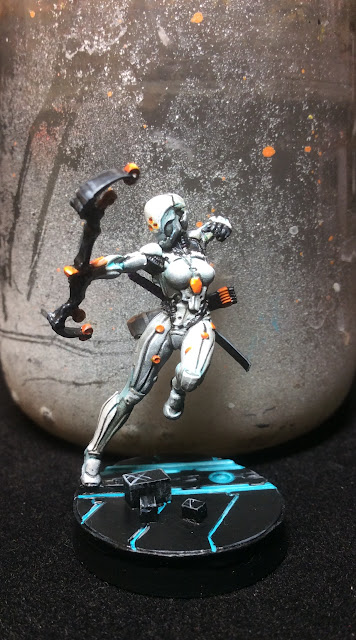 I've been hard at work again. This time on another mini for my Infinity Yu Jing force. Don't ask me why, but there's just something about all of these 40k 8th Edition rumours that makes me really want to focus on a different game for a while; until the edition is out and we start getting really solid info and pictures that is!

Back on topic, I'm really impressed with this Ninja. She is a special edition miniature that comes in the Operation Red Veil Starter set that I purchased at Salute recently (£50 from Troll Trader!). I really like the design, and also the nice dynamic pose. She painted up really nicely too, so that was a big bonus. As the rest of the force are orange, I wanted to do something different and interesting to differentiate the ninja (the standard scheme is black). It just to happened that I was priming a batch of Yu Jing minis grey and I liked the look of it on the Ninja, so I decided to keep it. It worked with the scheme too as white is one of the accent colours that I've been using. I added an extra shade with dark grey and then a white highlight both with the airbrush to get a nice blend going on as a base for the mini, and then I started painting from there. 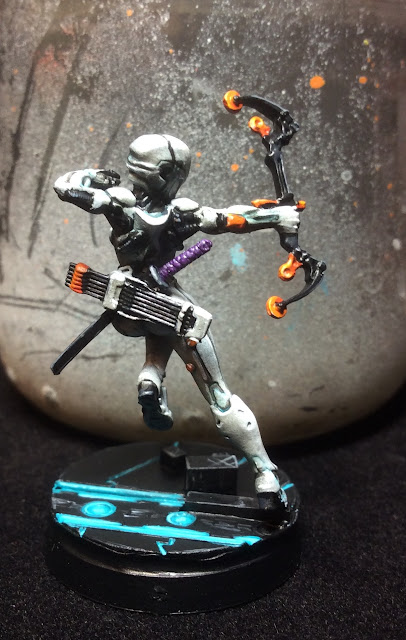 What I didn't realise was that the grey colour scheme with orange accent as almost exactly like Ninja in the original Metal Gear Solid (Grey Fox). That made me like the scheme even more, as to be honest the model was obviously inspired by him (she basically look like a gender-swapped version!). 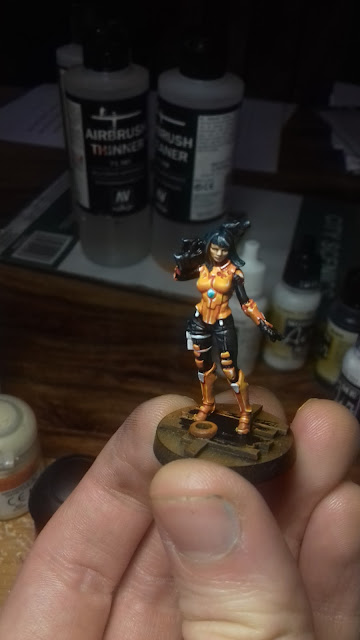 After that, I started working on some basic troops. I hope to get the force tabletop ready soon.
While working on this post, I accidentally posted it to the blog exchange, so I guess you can all enjoy it a day early! Just don't forget to check out my work on that bike that I posted earlier today! 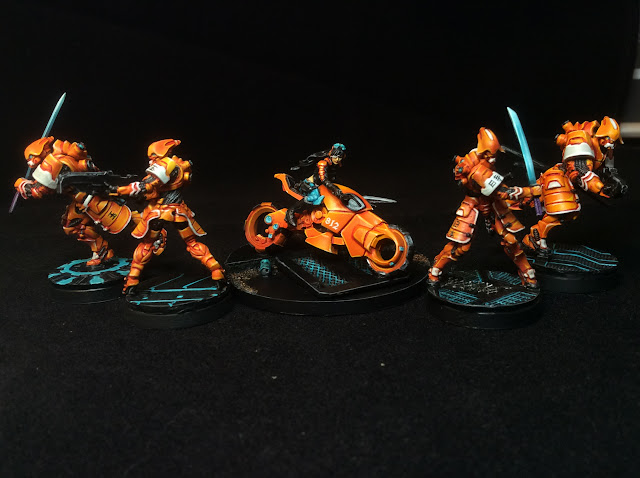