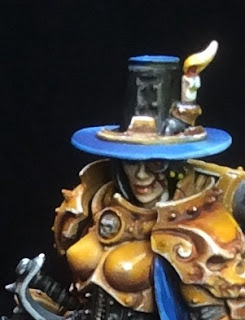 Well, the competition ended in defeat. I'm not too upset though as I still got a really nicely painted model out of it for my collection! (and what perhaps might even be the nicest Greyfax in existence - she hasn't been out for that long...) 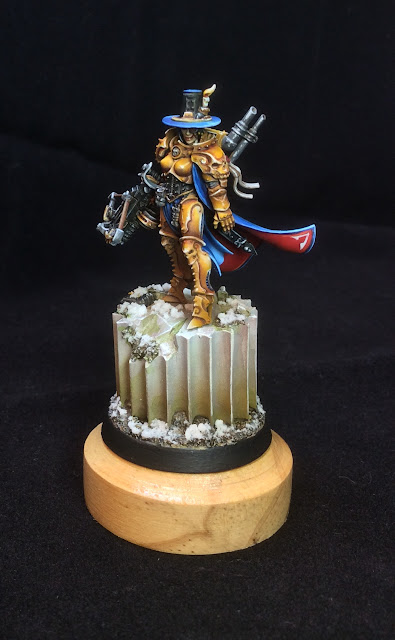 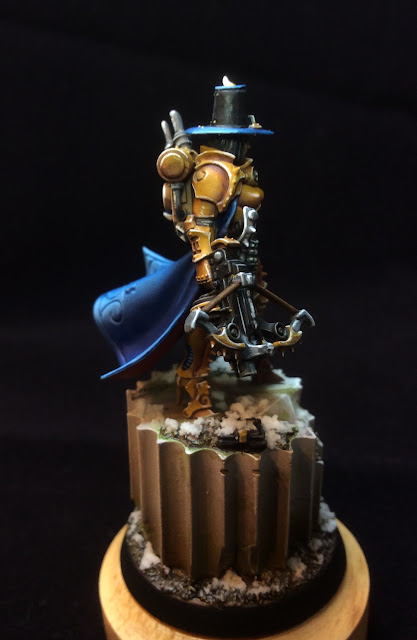 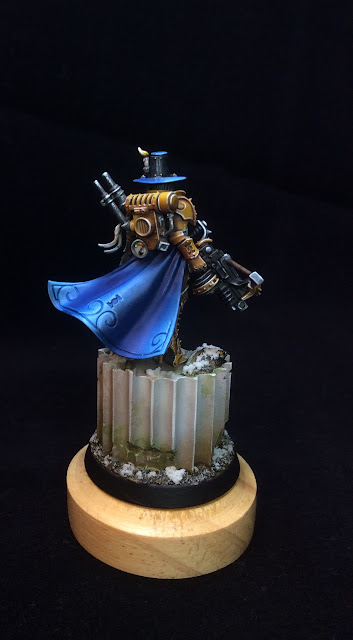 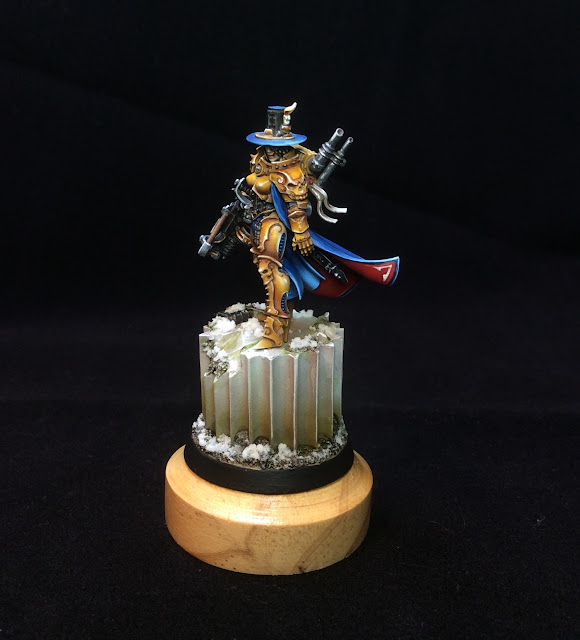 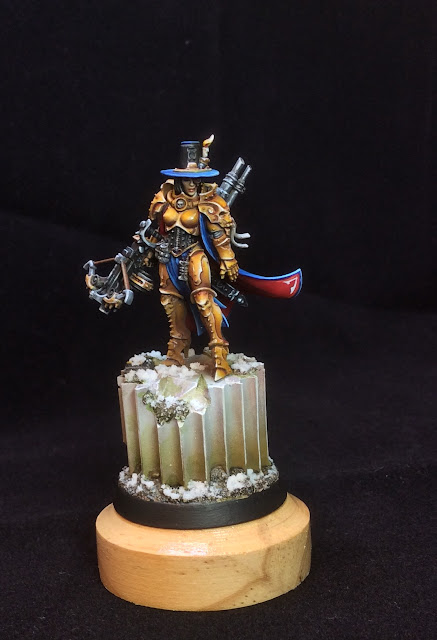 It was a daring piece for me - with a lot of Non-Metallic Metal technique used throughout, and in the end I was quite happy with the result that I achieved. Don't get me wrong, there's always room to improve, but I was happy with the blending and the overall look. I think I fell down on the small details though, as I just couldn't be bothered to spend as long as perhaps I should on the smaller parts (like some of the cloth and grey metallics). I guess I only have myself to blame there. It was the first time that I've done a whole model in NMM, so from that standpoint I think it was a real success.

I have to admit that I think that a lot of the time Non-Metallic Metals are a real gimmick. It's more of a painter's technique, not particularly for the battlefield, and in all honesty real metallic paints almost always look more realistic. That said, the technique makes for some awesome looking power swords, and really pushes blending to another level.

Even though I failed, I learned a lot with this piece, so who knows where I'll be at when the next year rolls round. I think the Sci-fi single mini is a hard category too; with a lot of entries compared to other categories (next year I should probably enter the squad category or something where I might have a bit more of a chance). You never know though, my techniques have come on a lot in the last year, so I might just manage it by next year if I'm lucky!

The other thing I hadn't realised were how different the judging criteria were from what I had expected. I've got a photo of them below. I was particularly surprised by the weight given to emotional impact and telling a story, as to be honest, I hadn't considered it at all when working on the piece. Definitely worth remembering for next time though, as the criteria are surprisingly esoteric. I'll add a picture of the criteria below (which I only read on the day!). 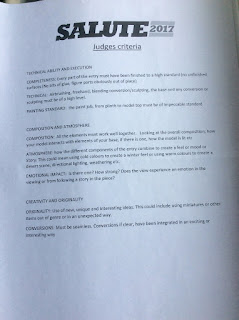 Anyway, I've never been one to stew in defeat, so I hope you enjoy the pictures. I just need to think of something to enter next year that has emotional impact now.
Posted by Blazmo at 15:42:00
Email ThisBlogThis!Share to TwitterShare to FacebookShare to Pinterest
Labels: Finished Work, Games Workshop, Inquisitor, Painting Competition, Salute