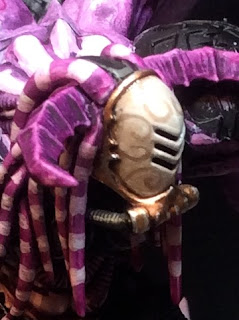 As a side to the masses of battle reports I'm trying to write up, I thought it would be a good moment to share a work in progress Daemon Prince I started some months ago for my Emperor's Children.

You might wonder where this post is coming from given all of the Genestealer Cult stuff I've been working on. Well, I have to admit that I recently ordered 2 units of old metal Daemonettes. I couldn't resist, given that they're made-to order for one week only. I already have a unit of 10 that I painted some time ago (4 still outstanding so not finished) and I always wanted enough to do a proper contingent of Slaanesh Daemons. It was those thoughts that made me remember the half-finished Daemon in the cupboard. The Horror!

Conversion wise, I did an adjustment to the arm positions to give him a more intimidating pose. Other than that I used a mask from a Talos Pain Engine and combined it with a nest of tentacles/hair made from greenstuff. I also added a few details to the base to make it look more hell-ish, but as I haven't painted them yet, they don't really stand out.

I guess I can add him to the ever growing pile of "cool stuff I haven't finished yet". Here's hoping Santa puts some inspiration/hobby drive in my Christmas stocking again this year! 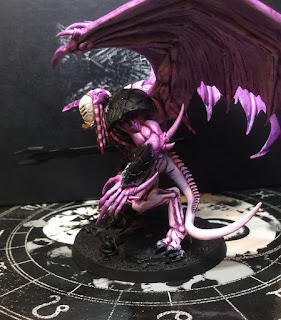 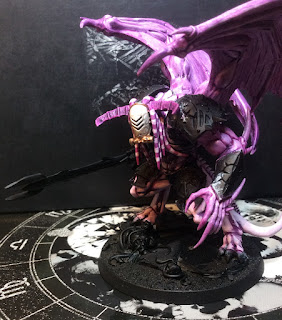 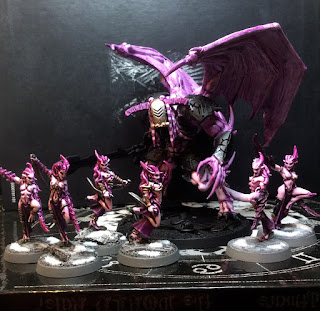 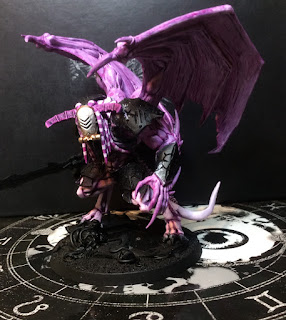