A few pictures hot off the press. This time I've been working on the remaining Neophyte Hybrids for my planned 1000 points. I'm particularly happy with the leader I converted from a spare Chaos Cultist champion. It isn't exactly the most extreme conversion ever, but the high collar on the coat really has an old school Genestealer Cult look to it.

I've also stripped the paint off of an ancient eBay purchase; namely a battered Leman Russ. It's gonna need quite a lot of refurbishment, but it'll be unrecognisable when I'm done with it. I've just started converting the turret into an Exterminator Autocannon - not just for the anti-tank, but also for the retro appeal. Needless to say it need s a heavy stubber too! 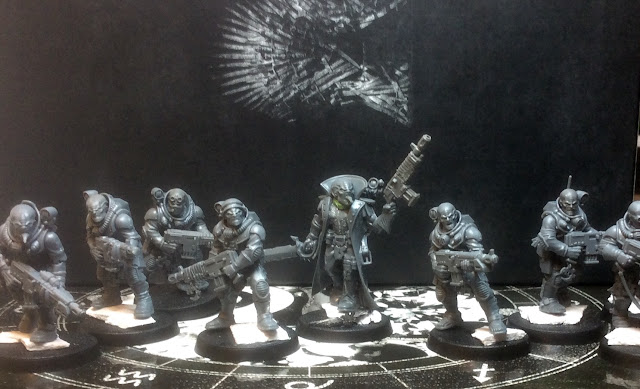 These are actually all Hybrids from the Deathwatch Overkill box in this picture. I have to say that the quality is excellent, you really can't tell the difference with the proper kit, other than the lack of choice in pose, but as they are quite well posed anyway it doesn't matter. 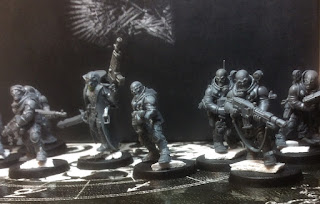 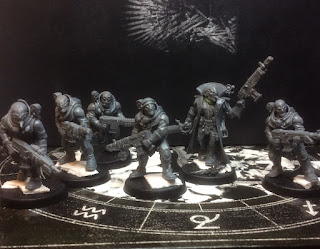 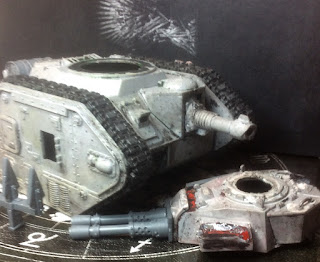 I know it looks absolutely horrible now, but so would you if you were soaked in Dettol for a week. On the upside it's ready for a new coat of paint, but it'll be a bit of a project getting it back in working order. One of the sponsons came off when I was cleaning it, but it'll probably make it easier to switch the weapons. This tank has had 3 lives that I know of. When I got it, it had been covered with a fresh layer of undercoat, but you could tell some Orks had been looting it. I did my best with it at the time, but it was always a bit grimy and I didn't have the skills to overhaul it from the start. This time I'm doing it right and rebuilding it from the ground up. 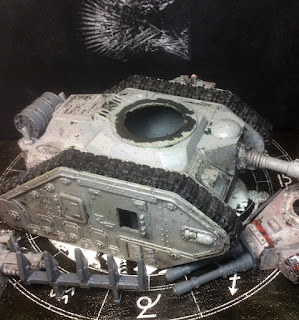 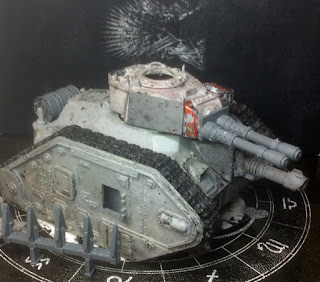