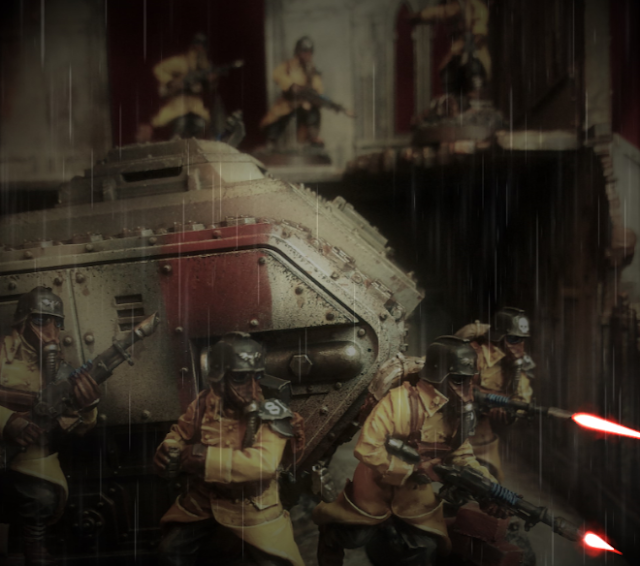 I just finished this squad for my fledgling Steel Legion force. I've been playing with the camera again too to get some dramatic and dynamic photos. I've also taken some stock shots on a black background so you can get a clearer look at them. The black seems to make the yellow of the jackets look a bit too strong. I did want them to be a bit more vibrant than usual though so they would stand out on the battlefield.

This has been quite a fast scheme to paint, and I estimate that they've taken me about an hour each. I've tried to keep the scheme fast because I'll need to paint a lot of models to get to the end of the army, and it is a force that I'm intending to use for games, so speed was an important consideration. 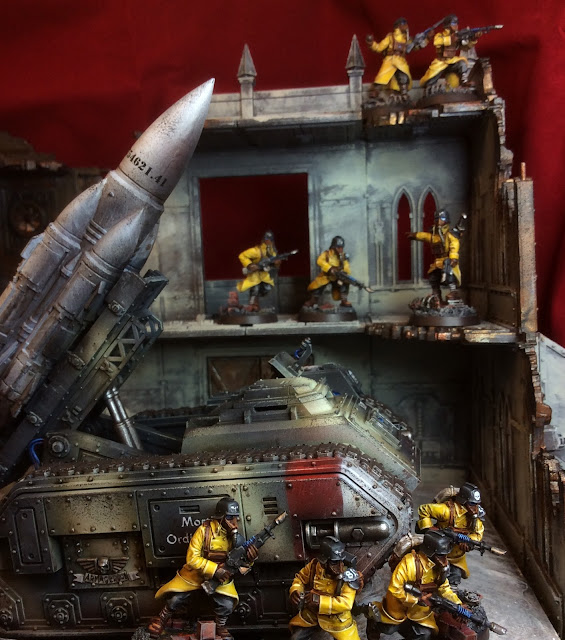 I remember the Third War for Armageddon Campaign that was fought in White Dwarf and all the battle reports from the time, as well as the global campaign that was fought. It has directly led to this project, as it gave me a real love for Steel Legion and there's just something awesome about how nostalgic it all feels. I've used Death Korps models, as they are a bigger range and nicer than the older (and now a little dated) Steel Legion models, but I still want to keep as much of the original feel as possible. For this reason, I'm planning to use a lot of the older units on the field, and plenty of things that were in Epic, and I have the same nostalgic feeling about. For that reason, I've started working on a Basilisk and a Colossus to back these boys up. 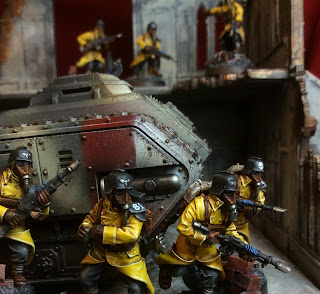 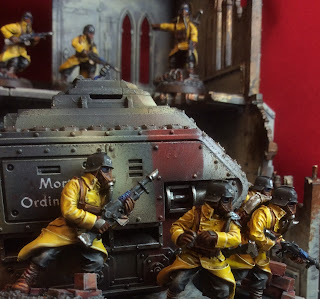 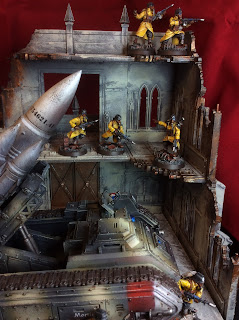 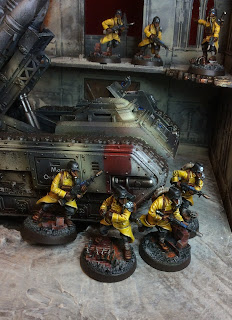 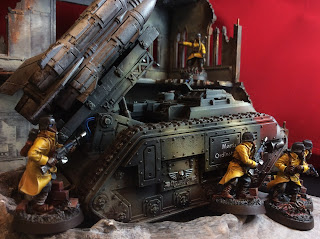 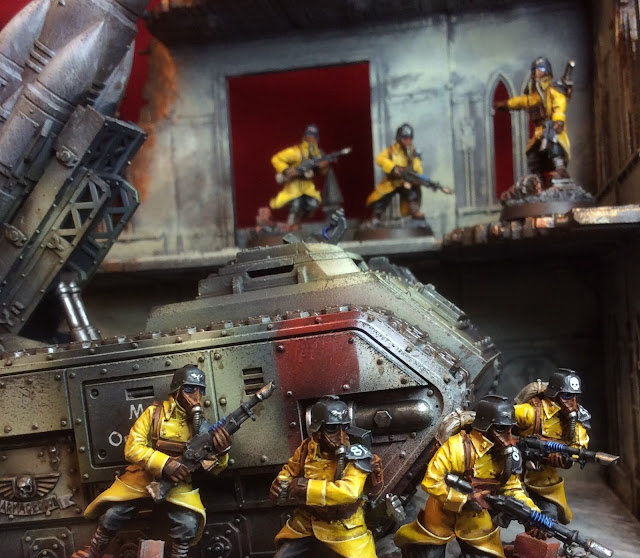 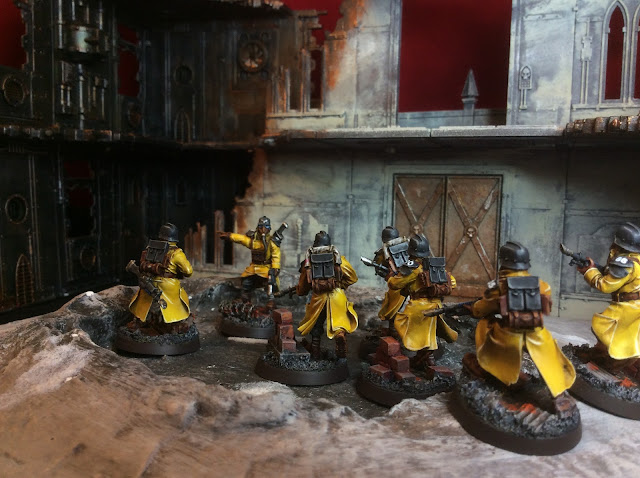 I also painted up a unit from Anvil Industry's Regiments range for them; giving me a total of 20 painted Infantry and the Deathstrike. Not a bad start, but I'll need at least 40 men to really get them going, and I need to finish some other vehicles as the Deathstrike is a bit lacklustre rules-wise at the moment, so it'll need some backup to get the job done!

I actually painted these 10 men in the space of a single weekend, so here's hoping I can keep up this level of enthusiasm.