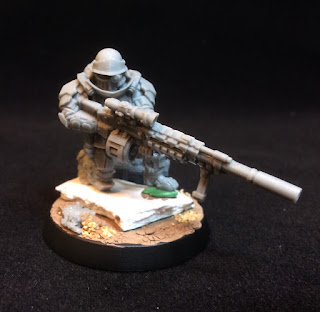 For those who might be wondering, Squaduary is all about building and painting a squad in February and is an event being run by the blog Stepping Between Games. The goal for the first week is to build your miniatures, so in this post I'm presenting the fruits of my labor; namely the recently reincarnated Desert Dogs (back due to popular demand after their 10 year hiatus). Gaming wise, I'm planning to use them as a faction in some games of Inquisitor (28mm scale) as a Planetary Defence Force turned police unit. We'll see if the can stem the waiting tides of mutants, heretics, plague zombies and ermm.... Mechanicus? 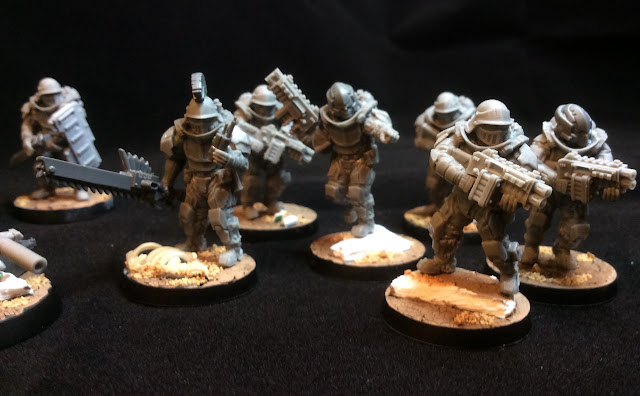 Parts wise they're almost entirely Anvil Indistry bits with the addition of some extra helms and odd parts from the bits box. Interestingly, the plastic helmets come from some Bot Handlers from a game called Malestrom's Edge that I got for free in my goodie bag at Salute! (I'd love to say it was because I'm so famous, or silver tongued and handsome, but everyone got them...) 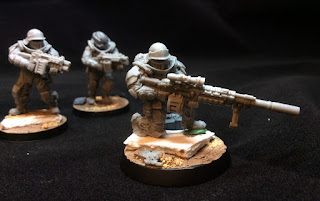 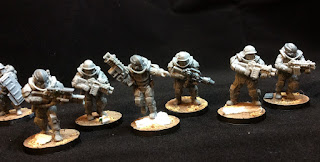 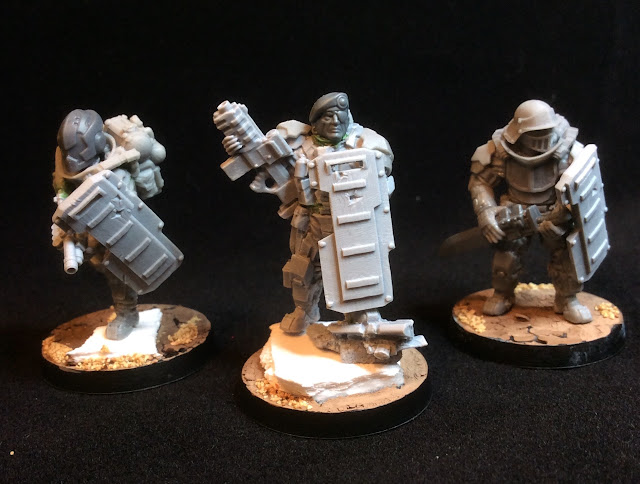 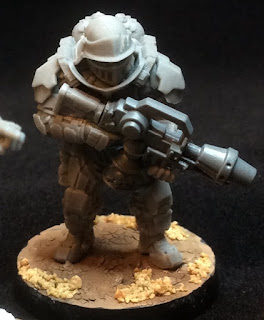 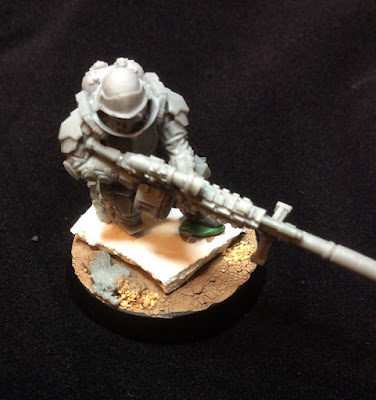 I'm trying out some texture paint for the bases too, but more on that later. 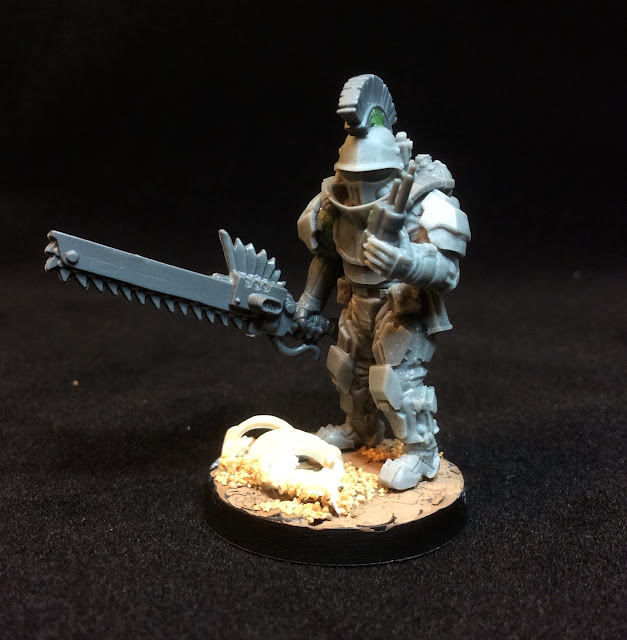 Until next time; party on dudes.