Ok, so I know I just started working on Celestine, but over the weekend I had a go at putting together a few more models from the same set; namely Inquisitor Greyfax.

Building this model, I was really surprised with how nice she is and the quality of the details. I think I'm probably not alone in saying that she was by far my least favourite character in the Triumvirate of the Imperium set, but looking at her now, I think she was more the victim of a dodgy choice of colours and a rushed paint job (that metal looks like it was blasted on with a dry brush straight over the undercoat or something). Looking at the mini, I really wanted to do her justice. She also gives me an opportunity to dry-run the scheme for Celestine that I was planning as I've never tried to do a Non Metallic Metal armour before. 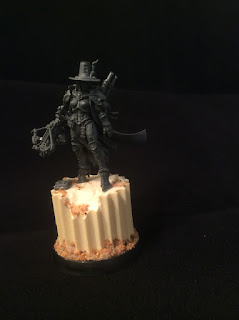 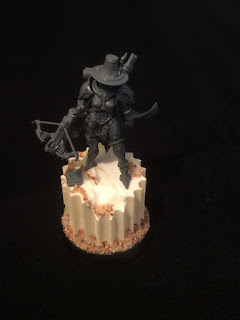 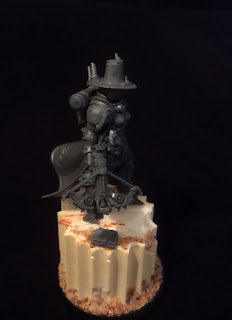 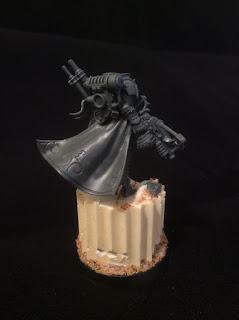 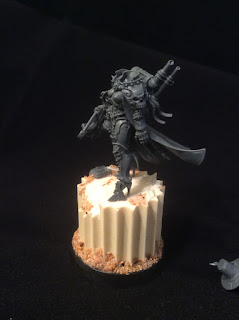 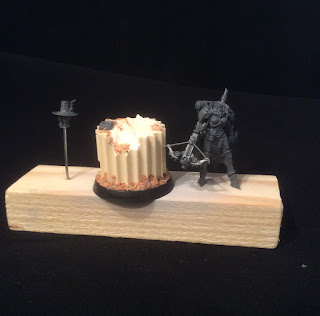 I had a bit of fun building her base too. I've had a few Alabaster candlestick holders knocking about for a few years. They were originally destined for the dump, but I saved them thinking I'd use them as scenery, but I never did. A quick hack-saw later and a bit of scenic damage and the mini was ready for undercoat.

I've left her in 3 pieces for ease of painting. She has pins in both feet to attach her to the pillar and the piece of wood she's mounted on. I did her head separately to make things easier too.

At the time of writing this, I've actually started painting her. To say that it is going well would be an understatement, so tune in tomorrow and prepare to be dazzled! I'm seriously considering painting her as my Salute entry this year (I know it was going to be Celestine, but I'm a weak fickle man, easily tempted by Greyfax's plasticky charms)