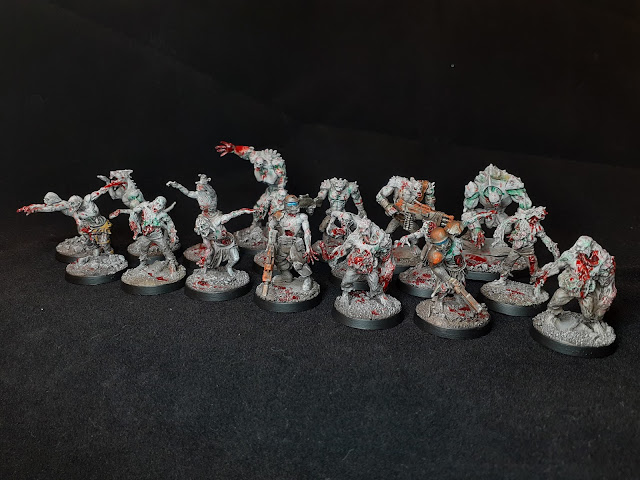 As part of my prep work for some upcoming Necromunda games, I painted these 18 zombies... in a single day. They're a basic sheme, and I did cut corners to make the whole process bearable. Despite obviously rushing through them, I'm quite happy with how they look, and I used a few basic tricks to get a bit of colour depth without spending too much time on each model. 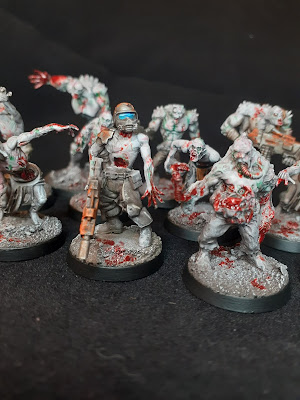 If you're wondering about the models, the vast majority of these come from Mantic; either the Kings of War Zombie Hoard, or Deadzone's plague faction. There are a few other models thrown in, which I think are from Sedition Wars. I've had all of them for a long time, as I bought a load to use in gaames and then painted a dozen or so and shelved the rest. I figure at some point we were bound to need more, so I thought I'd get a jump on it. The campaign we're planning is a sort of cooperative zombie bash up, so should be great fun, and a variety of models can only help. 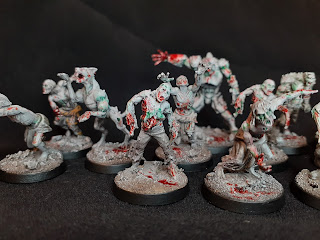 If you look closely, you'll see some zombies have guns. Two are from the Plague faction of Deadzone, the other two that look like riot cops are conversions using a mash-up of the Kings of War Zombies, some spare Maelstrom's Edge bits and some Anvil parts. 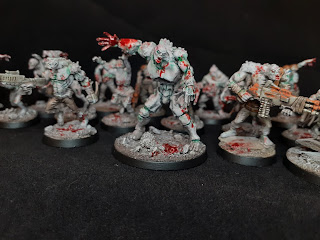 All in all, it made for a fun weekend project. I guess it's time to bring on the games! I'm planning to run a feature later on the actual games and how they go, so it should be good. 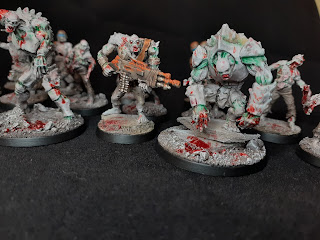 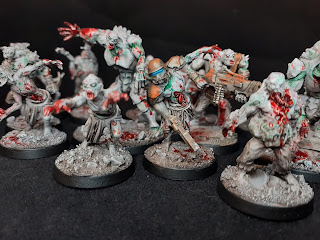