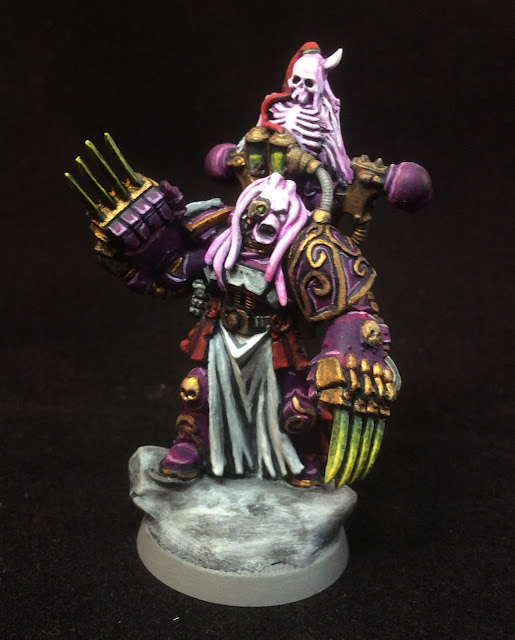 Following on from yesterday's female Chaos Marines, I've got a converted Chaos Lord for your viewing pleasure today. He is actually converted using a metal Space Marine veteran as the base with a lot of added details and a new head. He also has a lot of sculpted details like the ornamental swirls on his armour and a lot of the backpack setup. Fairly obviously, the tentacle dreadlocks were also converted using individual strands of rolled milliput that were painstakingly added one by one. 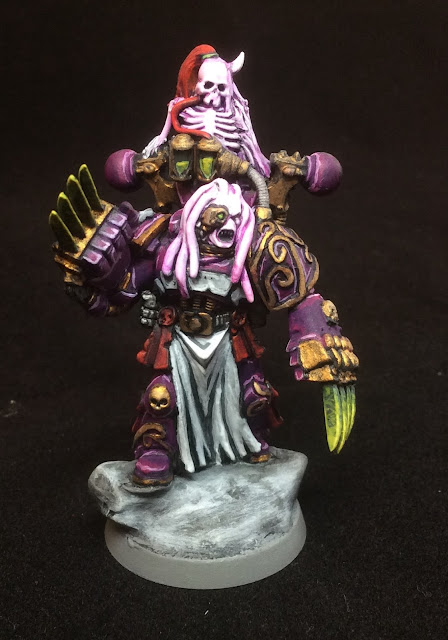 The body on his back is actually from the Nurgle banner from the Chaos Space Marine set. It was inspired from the way that Emperor's Children create combat drugs by rendering down corpses. I figured he would have one rendering down as he fought! 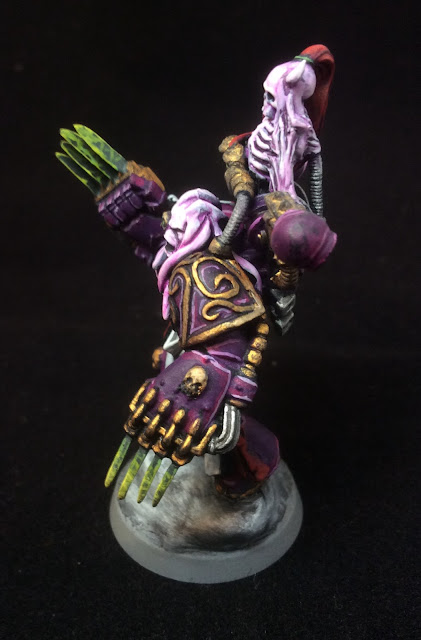 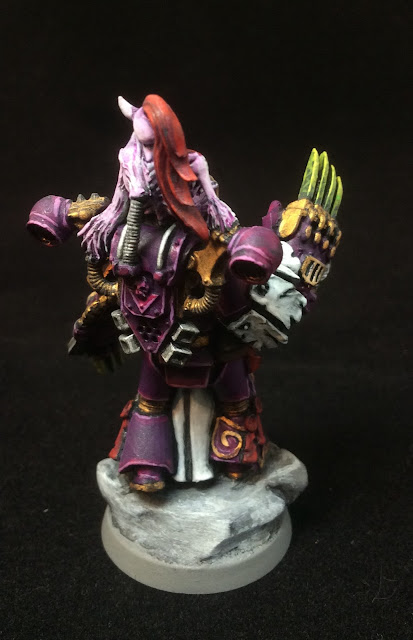 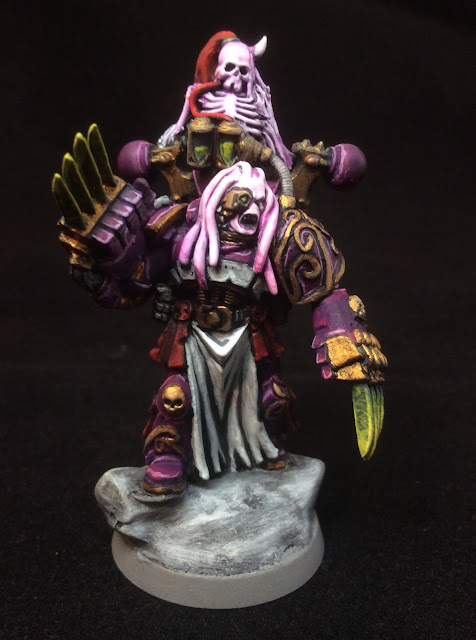 He has seen quite a lot of battlefield time too, and was pretty much my go-to choice fora long time, but that was back in 5th edition (which by now is sounding pretty damn old!).

That about finishes it for today, as ever, leave a comment below and don't forget to check back tomorrow for more chaos conversions.
Posted by Blazmo at 09:00:00
Email ThisBlogThis!Share to TwitterShare to FacebookShare to Pinterest
Labels: 40k, Chaos Space Marines, Characters, Conversion, Emperor's Children, Slaanesh